This weekend, Xbox 360 owners will be able to access Hulu Plus for free through Sunday, Aug. 41. If that wasn’t cool enough, we’re also announcing a new free trial offer for Hulu Plus. Sign-up now and get two months of Hulu Plus for free!

This means you can enjoy unlimited instant streaming of popular TV shows and movies with Hulu Plus on Xbox Live. Use the technology of Kinect for Xbox 360 to play, pause or rewind TV shows and movies with the wave of your hand or the sound of your voice. Oh, this means that you’ll also be able to watch the entire season of Hulu’s new Original Series “The Awesomes” for free.

Below is a quick trailer of the show: 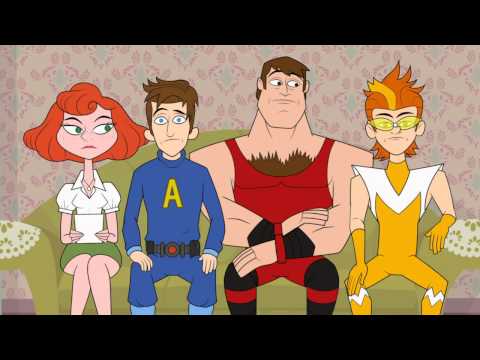 It’s been a good week for Xbox Live members. We launched apps from Comedy Central and Nickelodeon. We started giving away Crackdown as a free download. We gave members an exclusive preview of the first episode of “The Awesomes”—the hilarious new animated comedy from Seth Meyers and Mike Shoemaker.2