Microsoft is hosting the Finals at Benaroya Hall, from 11 a.m. to 5 p.m. PT Friday and Saturday, with a Live Stream from 4 p.m. to 6 p.m. P. T. on Sunday. Hosted by Major Nelson and former G4TV hosts Blair Herter and Jessica Chobot, the event will feature musical performances by rappers MegaRan and K-Murdock, and a Cortana tribute by singer/songwriter Malukah. There are three ways to watch the weekend-long tournament festivities:

The tournament will draw spectators from around the world, either in-person or via live streams on, but few will be watching the action more attentively than professional “Halo 4” gamers. Xbox Wire had a chance to speak with a few of them to get their thoughts on the tournament—here’s what they had to say. 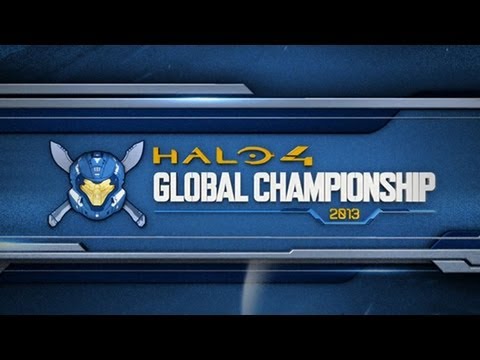 “I really believe this is a great opportunity for gamers everywhere.  I qualified at the RTX event in Austin, TX.  It is a great feeling knowing I will have the chance to play for something as amazing as this.  Although I qualified, I also competed in the online qualifiers, trying to get a feel for the gametypes and what I might see in the finals.  I also played it like I am trying to win again!

It was the most competitive playlist I had played in a long time, knowing that it might be your only chance to make it to the final event for the 200k first place in an epic 1v1 showdown! I am beyond excited and I tell all my friends about it, and they get excited.  This is the first time’ Halo’ has seen something this big, and we need to tell everyone. “

“I believe that the ‘Halo 4’ Global Championship is the best online tournament that the ‘Halo’ franchise has ever seen. It is unbelievably well-structured, and it tests a vast array of skills over the course of a five week period. It provides the ‘Halo 4’ population with five chances to take home a share of the $500,000 prize purse – absolutely awesome!  It’s such a great accomplishment for 343 Industries to compose a legitimate online tournament that allows players to compete from all across the world!”

Sean “Dersky” Swidersky
Professional “Halo” player since 2009. Won the Arena Gaming League 8 Tournament and was the recipient of the MVP award.

“The ‘Halo 4’ Global Championship was an incredible idea to spark competitive play for ‘Halo 4.’ Offering a free-for-all structure was a good start because it meant everybody had the opportunity to qualify and win huge prizes. My favorite part about the ‘Halo 4’ Global Championship was that you could qualify for it from your home, and you didn’t need to travel or spend money out of your own pocket to play. It was all completely free to compete and gave people the initiative to do it, because honestly there’s nothing to lose.”