This winter, a hip hop legend is born. Before we drop our newest animated comedy on Jan. 13, fans can get an early look at the series premiere of Chozen exclusively on the FXNOW app for Xbox One starting Jan. 6.

Chozen is an animated comedy about the title character, a gay white rapper fresh out of prison. Armed with a new message, Chozen is on a quest for redemption and to claim his rightful position as the world’s top rap artist. With a new world view shaped by his time in prison, Chozen’s music and lyrics take aim at the stereotypes of machismo and misogyny that are synonymous with rap music. 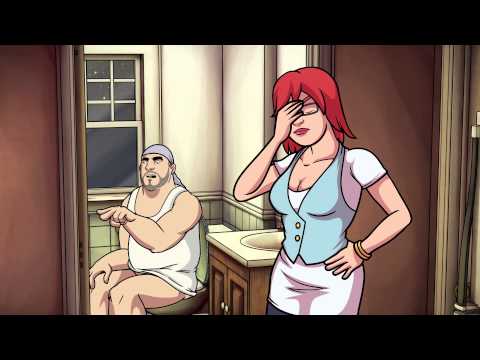 Xbox Live Gold members who are customers of AT&T U-Verse, Comcast, Cablevision, Suddenlink and WOW can use their subscriber credentials to receive free, next-day access to the biggest and best lineup of critically-acclaimed dramas, hit comedies and blockbuster movies within an Xbox One experience that’s unmistakably FX through the FXNOW app. Access full episodes, movies and unique original content from three channels – FX, FXX and FXM. Navigation is easy to use and seamlessly integrates with built in voice and gesture controls from Kinect.

FXNOW for Xbox One delivers one of the highest-quality, most user-friendly TV streaming experiences available today. Some of the features Xbox One users can enjoy while using FXNOW include:

On Jan. 6, only Xbox One gives you an exclusive early look at Chozen. For more on FXNOW for Xbox One, please visit http://www.fxnetworks.com/fxnow.