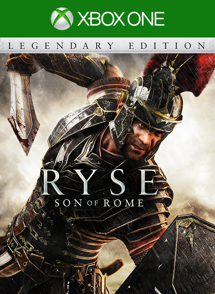 Game Description: Amidst the chaos of the late Roman Empire, become soldier Marius Titus and embark on a perilous campaign to avenge the death of your family and defend the honor of Rome. In Gladiator Mode, step into the Colosseum and fight for the glory, spectacle, and entertainment of the crowds. Legendary Edition includes full Season Pass contents, three bonus maps optimized for maximum challenge in Solo mode and a new Legionary Skin.

Duel of Fates Pack includes three all new maps, three maps now optimized for Solo Mode, and a new Gladiator skin, “Oswald.” The “Invictus” map was inspired by the first servile war of 135BC, while “Barbarous” forces you to defend the gates of Rome. In the new Survivor map, “Island,” you’ll find yourself outnumbered and surrounded by water. Finally, test your mettle in Solo mode on the “Barbarous,” “Invictus,” and “Obelisk” maps.

The Colosseum Pack contains two new maps and two new skins for Gladiator Mode. In Henge, defend an ancient forest shrine from a horde of invaders. In Ascension, fight from the burning embers of Hades’ lair up to the lavish surface world. Plus, customize your Gladiator Mode character with Commodus and Centurion skins.