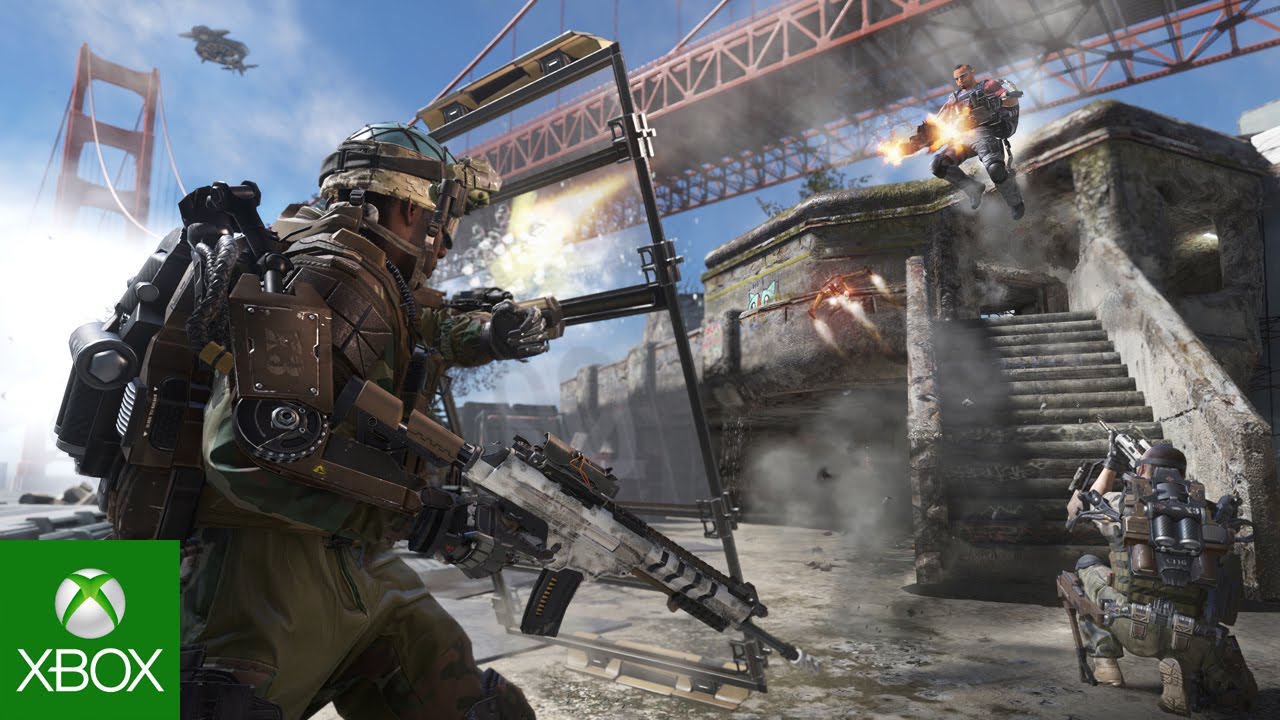 Now that Call of Duty: Advanced Warfare has finally dropped, we’ve had a chance to really spend a lot of quality time with the acclaimed shooter. And we’ve found lots of things to love. Lots. We’d love to list them all for you, but we’re just a hair away from leveling up in multiplayer, and there’s intel to be found yet in the campaign. So, since we’d rather be playing than writing about playing, you’ll have to settle for only five!

Advanced Warfare‘s powered exoskeletons are exactly the kind of game-changer they appear to be. Not only do they provide heroes and villains alike superhuman strength and the much-lauded boost jump, they also come with a whole suite of fantastic extras for the discerning soldier. Some models come equipped with on-demand riot shields; others have magnetic attachments in the gloves for scaling vertical surfaces; and one loadout even includes an absolutely spectacular cloaking feature.

2) All the Other Awesome Future Tech

The Exosuit isn’t the only futuristic addition to earn the Advanced Warfare moniker, of course. Mitchell and company also have access to a whole lineup of seriously fantastic gear. Drones, grappling hooks, smart grenades, intelligent scopes, instant-lock homing rockets – there’s even a mobile shield that can interface with your Exosuit and drop open a firing port the instant you start aiming. It’s pretty much a smorgasbord of ridiculously cool technology designed to keep heroes alive… and bad guys, well, not.

The last few Call of Duty titles have shown off their chops with cinematic, edge-of-the-seat, action-movie-style vehicle sequences. Advanced Warfare is no different… well, except perhaps being even more awesome. In the course of the campaign, you’ll race through future Detroit on hoverbikes, cruise through the man-made waterways of New Baghdad in a dive boat, and tear along the highway north of San Francisco in a heavily armored jeep. There’s even a flying mission through a mountain trench reminiscent of the Death Star. And let’s not forget about the segments where you’re piloting an A.S.T. – basically, a super-powered version of the already super-powered Exosuit, complete with absolutely devastating on-board weaponry.

4) The Combat Readiness Program and the Firing Range

Of course, there are some fantastic new additions in multiplayer, too – and two of our favorites are specially designed to help newbies get up to speed without having to risk humiliation. The Combat Readiness Program throws you quickly into an intentionally casual game, where no player names are shared and some of your teammates and enemies might actually be bots. This complete anonymity allows you to explore Advanced Warfare‘s multiplayer maps and get familiar with all your new abilities, without having to endure the indignity of anyone else knowing just how bad you are. And the Firing Range allows you to instantly try out any custom loadout, meaning you’ll never again have to discover you’ve made poor equipment decisions after the match starts.

It’s an unavoidable fact that some great film and TV actors don’t do great voice work. Kevin Spacey is not one of those actors. From the moment he steps onto the screen as Jonathan Irons, he exudes every ounce of confidence, competence, and range you’d expect from an Oscar-winning actor. His arch, understated delivery, and obvious passion come through brilliantly thanks to an almost uncanny in-game likeness, and when things turn dark for Irons, Spacey’s performance becomes positively chilling. The whole cast is fantastic, from voice work to performance capture, but Spacey – perhaps unsurprisingly – steals the show.

You can see these performances for yourself right now: Call of Duty: Advanced Warfare is currently available on both Xbox One and Xbox 360.