As we near the October 27 release for Halo 5: Guardians, we are busily polishing every part of the experience and preparing to share the fruits of our labor with the world. Earlier this year we talked about our commitment to multiplayer, with two distinct ways to play in our Arena and Warzone experiences. But we know for many fans, what they love most about Halo is our universe, characters and story.

The campaign for Halo 5: Guardians is a sweeping adventure that will take players on an epic journey across the galaxy. Along the way you’ll visit multiple worlds, and by the end of our story, the Halo universe will be forever transformed.

This campaign represents the biggest evolution in series history. We’ve embraced team-oriented, cooperative play and diversity of player choice by offering players more ways to play, alone and with friends. The introduction of Fireteam AI and the new Fireteam Orders system expands the opportunities available to players and changes the play experience in fundamental ways. In realizing our vision for the next generation of Halo, we’ve overhauled our game engine and made a number of important technical advances.

We’ve implemented a new physically-based rendering system that improves the realism of our lighting model and materials in game. One of the advantages of this system is the flexibility it allows in achieving a wide variety of different looks, including alien-looking materials, while remaining plausible in appearance and behavior. It has required a completely different approach to building content – everything in the game has been authored to take advantage of this new system.

Throughout all of our connected experiences we’ve embraced dedicated servers, which we use to run our Co-op campaign and multiplayer experiences (including custom games). We’ve re-architected our game systems, services and networking to take advantage of Xbox Live cloud compute for physics and AI calculation in Warzone and campaign Co-op. The combination of the Xbox One console and Xbox Live cloud compute allows us to deliver Halo at a greater scale and gameplay fidelity than ever before.

Framerate is king for us on Halo 5. Gameplay is defined by the way that players experience the game from controller to screen. We want the connection between you and the game to feel seamless and instantaneous. From the beginning, we set ourselves the goal of delivering consistent 60fps gameplay across all modes of play. Delivering on this goal meant re-engineering the gameplay systems at the core of our engine. It required sustained commitment from the entire team as we continually optimized the experience, and the difference it makes to the play experience is immediate and obvious.

60fps gameplay is supported by a new progressive resolution system that allows us to dynamically scale the resolution at which we render the game (up to 1080p) based on the needs of the scene. This enables us to deploy resources where they have most impact across a diverse series of experiences throughout the game while delivering the most visually stunning Halo game ever.

To talk more about campaign for Halo 5, I’ve asked a couple of the leads to share their thoughts. Halo 5’s campaign is massive – more massive than we ever expected it to be.  Not only is the physical footprint of our levels huge, but there are actually seven distinct art pallets across the campaign alone, each with their own sub-pallets of unique visuals. Players are taken all across the galaxy: from snowy mountain tops to mysterious alien jungles. Within these unique locales we have crafted complex layouts for each of our missions, allowing players the freedom to come up with their own ways of playing. In fact, you could replay the entire campaign more than a few times and never have to fight an encounter in the same way twice. World exploration also played a big role in how we went about creating our mission layouts. We didn’t want players to just walk from room to room fighting enemies (although you can do that if you want). We wanted to give players the opportunity to explore and discover new items such as collectibles and hidden power weapons in between combat moments. The addition of Spartan Abilities such as Charge, Ground Pound, Clamber and Tracking let us conceal these things in new and exciting ways.

Halo 5’s campaign provides a huge variety of experiences: from giant battles amidst large-scale destruction to quieter moments spent exploring the ruins of alien civilizations or interacting with the habitants of a human colony beyond the reach of the UNSC. Building each of those experiences brings its own unique challenges, particularly with our commitment to solid 60fps gameplay. Ensuring 60fps throughout our play experience has required constant focus. Some sections of a mission might be relatively quiet and achieving 60fps is straightforward, but there are many situations where we dial the intensity up to 11. At those times, we need to maintain 60fps and give players the total experience from both a design and artistic perspective. This is where our new progressive resolution system comes into play, allowing the game to scale resolution dynamically as the experience gets more intense and complex. In much of the campaign you may be playing at 1080p, but when we want to get really crazy with vehicles, visual effects and combat we can trade some of the resolution in order to maintain the crucial 60fps. Without this system, we would need to either reduce the scale of our most intense combat encounters or lower the quality of content across the game in order to stay at 60 fps at all times. With progressive resolution, we get the best of both worlds: epic scale experiences that look incredible while running at a consistent 60fps.

When building Halo 5’s campaign, the team set an early goal to have some of the most robust sandbox experiences in any Halo game to date. So, what exactly does this mean? Well, we wanted our missions to have the most weapons, vehicles, enemies, tactical and exploration options ever seen in Halo. Throughout production, our team pushed one another to ensure that gameplay spaces were huge, highly populated and alive. We’ve expanded our environments to support large battle scenes while surrounding them with multi-layered skyboxes that showcase the larger conflict around the player. Player choice is a huge part of any Halo campaign and with Halo 5, we wanted to expand the possibility space for players. Do you want to play the mission with vehicles or on foot? Do you want to explore every nook and cranny of the environment to discover tactical options and other hidden goodies, or do you prefer to race ahead by taking the most direct path? Will you jump into battle and lead the way, or take a more careful approach by ordering your Fireteam to clear out the enemies ahead? Each of these options plays out differently as the game reacts to your choices; that’s the beauty of the Halo sandbox.

In addition to solo play, we’ve made online Co-op a priority in Halo 5. Every mission is designed with Co-op play in mind. Environments have been built with multiple paths and varying elevation so that players can support one another in combat. We want to give players the option to split up in different directions and chart their own course within an encounter space. This, in turn, means the density of active AI is multiplied to support the player count. The entire experience has required careful tuning to ensure optimal balance for all difficulty levels, taking into account increased player choice and the introduction of Fireteam AI. The team has worked incredibly hard to deliver a fantastic experience – one that carries on the proud tradition of Halo campaign while incorporating all of the new mechanics and features that set Halo 5 apart.

There’s a mantra in our studio: play the game. (No, seriously: PLAY THE GAME!)

Sometimes when things are really busy, the only chance we get to play the game is when we’re testing changes we’re making. You test all around your code, you make sure the thing you changed works, you think about all the things that are most likely to break because of your change… and then you play the game. Not just because of the studio mantra, but also because playing the game is the only way to be confident that you haven’t screwed something up in epic fashion. So you play the game. And sometimes, when it’s late at night and you’ve had a particularly rough day, you forget that you’re testing a fix and you lose yourself in the experience you’re creating. Those are some of the best moments in game development.

This is a story of one such moment. We all have our pet levels that we know well; we play them so frequently we’ll notice the slightest thing wrong with them. So, one night, I’m testing some changes on Enemy Lines. I know this level. I know the way it plays. Jackal here, two Ghosts there, Wraith dropped off here, these guys break, pursue to here, etc… It’s late at night and I’m a little loopy. I go over to the right and I order Tanaka and Vale to get into Ghosts. Because, why not? I love playing around with our new Fireteam Orders system.

With two of my Fireteam members in vehicles, I send Buck on a one-man mission to take over the Shade turret that’s peppering me from halfway across the board. He starts running, and I start taking pot-shots at the Elite in the turret. I kill the Elite, Tanaka and Vale are off in Ghosts doing who knows what, and Buck finally makes it to the Shade, jumps, clambers, gets in. I start to get a stupid grin on my face. I back into a cave and start picking targets. That Jackal is annoying me. TARGET. A rain of death ensues from the Shade turret and twin Ghosts. Oh, that Elite has seen me and is trying to run across open ground to get me? TARGET. Cue rain of death from the Shade and the Ghosts. I’m starting to cackle now. Here comes a suicide Grunt trying to get me from 40 yards away. TARGET. Rain of death! Holy crap, I’m laughing out loud and wondering if people are starting to stare at me. I don’t care. THIS IS AWESOME!

Sometimes it’s easy to lose the forest for the trees. To lose sight of the fact that we’re making something fun, something epic, and something awesome. Once in a while, we get surprised by the thing we’re making, and that really is the thing we live for. It’s the reason I’m in games and I hope it comes across in what we’ve made for you.

Building an epic Halo campaign takes the combined talents of our entire team, working in concert together. The campaign for Halo 5: Guardians is the culmination of years of combined effort, including technical investment, carefully crafted storytelling, meticulously balanced gameplay and mechanics. It is a showcase for our passion and love for Halo, and a realization of the shared creative vision that we set forth to achieve. With everything in place and launch just a few short weeks away, we’ve all had the opportunity to take a step back and enjoy the game as Halo fans. As The Other Josh™ related with his story above, it’s a pretty special feeling.

Now we can’t wait for you to play. 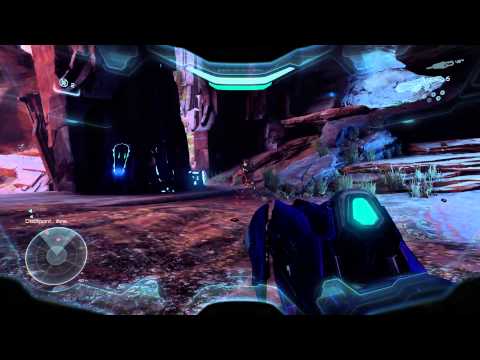