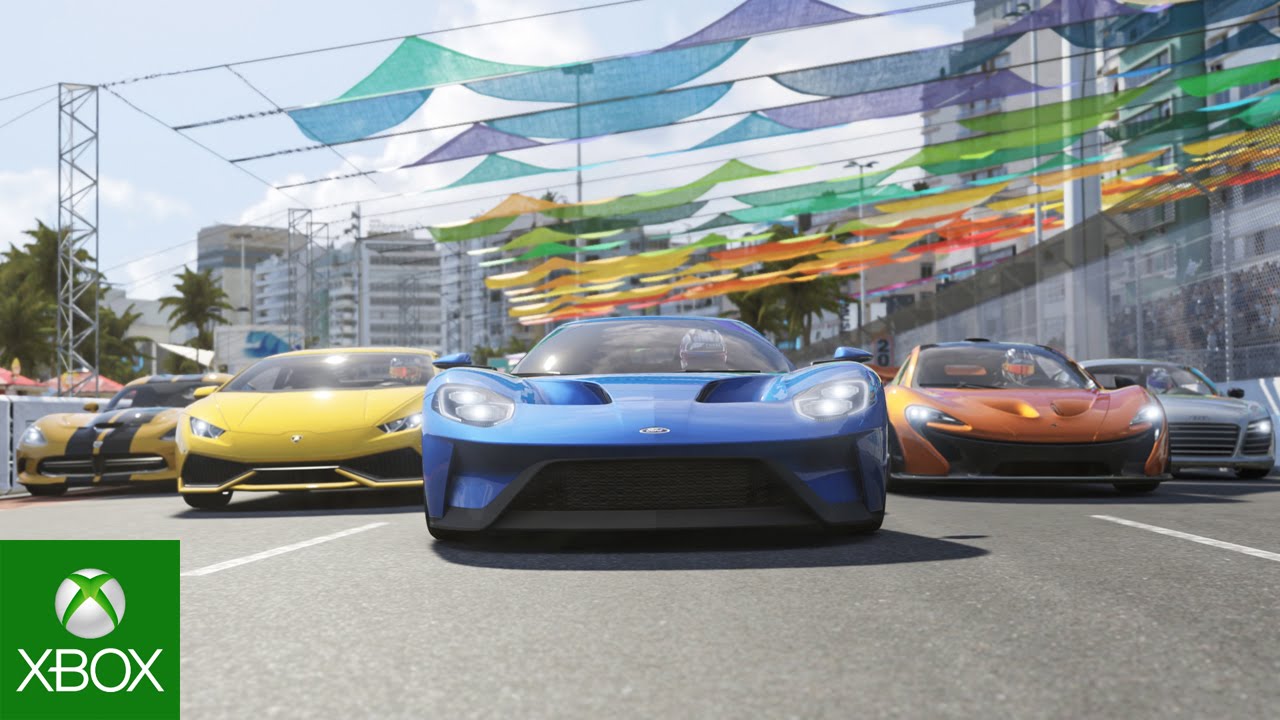 Xbox One is the home for racing this generation. Between Forza Motorsport 5 and Forza Horizon 2, over seven million unique players have joined the Forza community, racing on Xbox One.

For the millions of racing fans on Xbox One, the wait is over. Forza Motorsport 6, the biggest Forza ever created, including 460 cars, 26 world-famous locales and 24-car multiplayer, is now available to all players in North America and Australia today, with availability in Europe on Friday, Sept. 18.

Most returning Forza players will begin the game with at least one free car in Forza Motorsport 6 as part of the Forza Rewards program, with experienced players receiving up to eight cars in their garage, including the Lamborghini Aventador and Ferrari #62 Risi Competizione 458 Italia GTLM.

Additionally, all players of the Forza Motorsport 6 demo – more than one million so far – will immediately unlock the game’s cover car, the all-new 2017 Ford GT, in the full game at no additional cost.

Featuring a racing-inspired design with iconic sports car styling and custom automotive sound effects, the Forza Motorsport 6 Limited Edition Console is the first custom console from Xbox with a racing theme. The bundle includes a 1TB hard drive, matching wireless controller with rubberized diamond grips, and a digital copy of Forza Motorsport 6 – all for USD$399.

The bundle is now available in most worldwide markets. Please check your local retailer for availability.


As previously announced, the Fast & Furious Car Pack is now available for Ultimate and Deluxe Edition owners. In association with our partners at Universal, the pack is available for individual purchase for $9.99 via the Xbox Store, or you can purchase the cars a la carte for $2.99.

Featuring a variety of vehicles from the “Fast & Furious” saga, the pack offers options for racers of all types. From the beastly 2014 Terradyne Gurkha LAPV to the 2002 Nissan Fairlady Z in all of its drifting glory, all of the cars in the pack have been authentically recreated for fans to enjoy. For a closer look at the cars available in the Fast & Furious Car Pack, visit ForzaMotorsport.net.

Microsoft stores in the U.S., Puerto Rico and Canada are celebrating the launch of Forza Motorsport 6 with exclusive in-store experiences and discounts.Select stores are hosting a Forza Motorsport 6 Challenge on Saturday, Sept. 26 and Sunday, Sept. 27. Fans can visit their local store to take a run on the Rio Track in the Ford GT Mustang with the Playseat Forza Motorsport Racing Seat and the Thrustmaster TX Racing Wheel Ferrari 458 Italia Edition. Log the fastest time and you’ll be rewarded with a prize pack from Forza and Thrustmaster.

Fans can also get a 25 percent discount on the Playseat Forza Motorsport Racing Seat and the Thrustmaster TX Racing Wheel Ferrari 458 Italia Edition, in addition to exclusive downloadable content – the Ford GT Mustang.