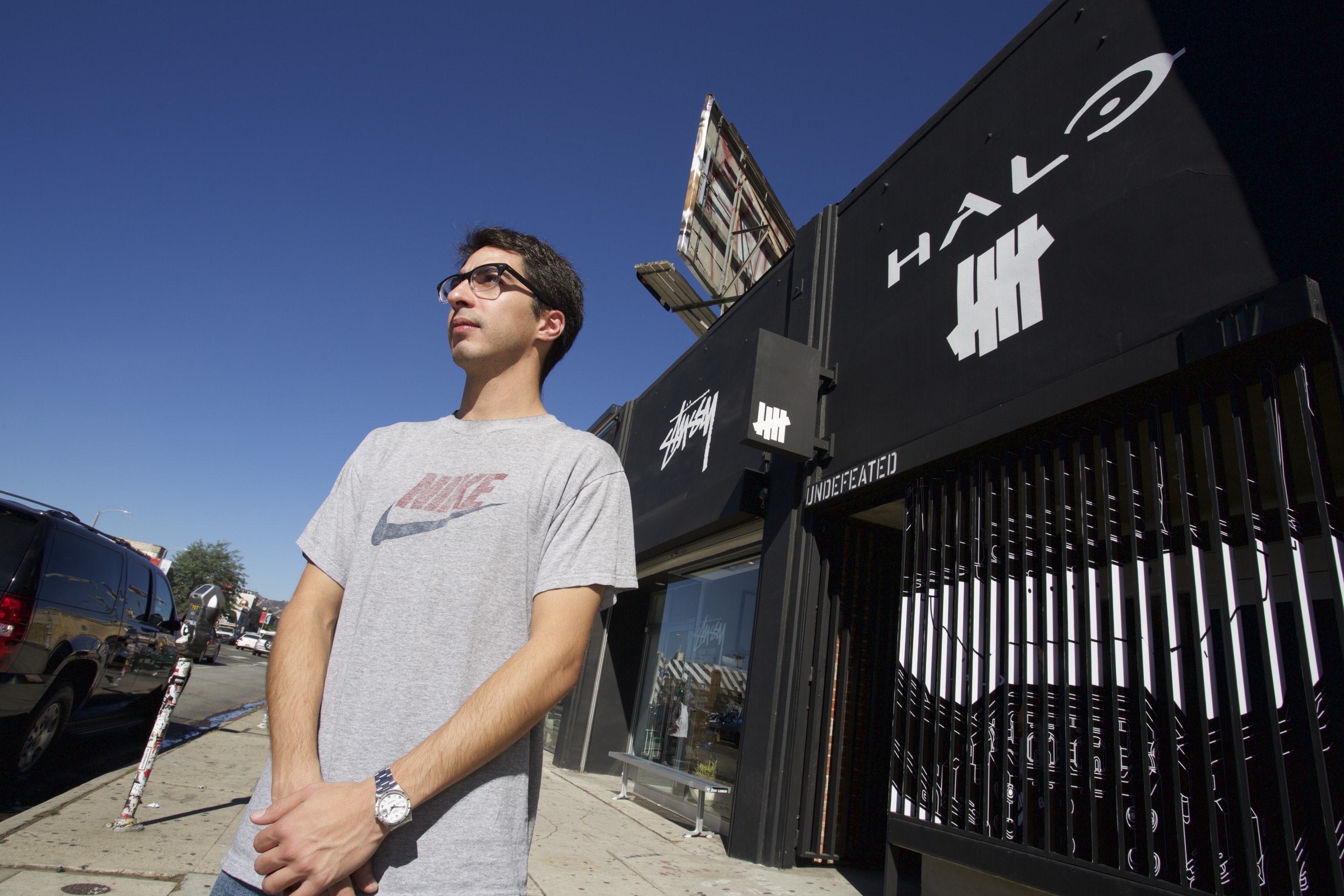 When you think of the Los Angeles Galaxy soccer team, you probably don’t think of Halo’s Master Chief and Cortana. Thanks to L.A.-based apparel company Undefeated, however, there’s now a connection between some of the biggest stars in sports and the most iconic names in gaming. This week, fans can purchase Halo-themed Undefeated apparel at one of Southern California’s most popular fashion destinations.

Undefeated, which began in 2002 as a premier footwear shop, has since expanded to include its own apparel and workout gear. They’ve also opened up a pop-up store across the street from their main Los Angeles shop that’s hosted some big-time stars, including rapper Drake. And with the Galaxy, Undefeated worked with David Beckham, one of the biggest sports names on the planet. In fact, that’s why the collaboration with Halo makes so much sense from their perspective.

“Gaming right now is kind of the new sport,” said Undefeated marketing director Ilias Panayiotou. “Our logo is a five-strike, which falls right in line with Halo. We’re all big fans of sci-fi movies, too: ‘Starship Troopers’ and James Cameron’s ‘Aliens.’ Space marines have always been such a great concept, so it’s great for us to jump into that universe and that aesthetic with Halo 5: Guardians and the Master Chief.”

So, how did Undefeated tackle the challenge of designing a clothing line that matches the distinct look and feel of 343 Industries’ Halo universe?

“We almost wanted our apparel to feel like UNSC training suits,” Panayiotou said. “It had to feel authentic and fit the military aesthetic. If you’re part of the UNSC, what would they give you when you’re not decked out in the Mjolnir armor? What would your outfit be as you’re cruising around the ship, going to the gym, and things like that?”

According to Panayiotou, the apparel-design process normally takes about 18 months. Here, everything has come together since April, a breakneck pace that included a few rounds of design tweaks after 343 Industries provided some feedback – and Undefeated was more than happy to accommodate in this case. Panayiotou said that game companies have approached Undefeated with the offer to collaborate before, but this was the first time it “felt right.”

“Military and sports are the two major themes of our brand,” Panayiotou told us. “It really made sense for this collaboration with Halo, especially with Halo 5: Guardians being so focused on teamwork and multiplayer.”

If you’re in Southern California and interested in checking out Undefeated’s Halo pop-up store, head to 112 1/2 S. La Brea Ave., Los Angeles, CA 90036. You’d better be quick, though: The pop-up store opened on Halloween, and runs through this week only.