March is still coming in like a lion with the arrival of the Meguiar’s Car Pack for Forza Motorsport 6, featuring seven amazing cars from a slew of automotive genres and nearly as many eras of production.

Leading off the pack is one of the most requested cars from the Forza community – the new turbo-charged 2015 Ferrari 488 GTB. Backing up the 488 is the first Corvette Daytona Prototype to hit the tracks of Forza Motorsport 6, along with a Le Mans winning prototype, and a cadre of classics that are set to impress.

The Meguiar’s Car Pack is the sixth and final car pack included in the Forza Motorsport 6 Car Pass. If you don’t have the Car Pass, which offers the first six monthly car packs for Forza Motorsport 6 at a discounted price, each car in this pack is also available individually.

2015 Ferrari 488 GTB
Ferrari’s 488 GTB is meant to replace the now-legendary 458, and it wears its predecessor’s unmistakable form like a badge of honor. This time around, however, the sleek body generates 50 percent more downforce and significantly reduces aerodynamic drag. The new front double-splitter directs air to the radiator and the scalloped side intakes, while paying homage to the 308 GTB, also move air to the turbos. Yes, this Ferrari has a pair of twin-scroll, ball-bearing turbos with twin-intercoolers. The 3.9L motor is a V8 displacing 488ccs per cylinder, hence the 488 moniker. It produces a different sound than you may be used to hearing from previous prancing horses, but it is nonetheless a wonderful and exorbitant noise that propels the 488 more efficiently than its predecessor. Borrowing technology put to use in LaFerrari, the carbon-fiber brakes stop the 488 nearly 10 percent faster than the 458 as well. Times may change, technology may progress, but one thing never changes – the feeling of driving a Ferrari. That is timeless. 2015 Chevrolet #10 Wayne Taylor Racing Corvette Daytona Prototype
Brothers Ricky and Jordan Taylor are the primary drivers of the #10 Daytona Prototype. They are the sons of South African driver, and now team owner, Wayne Taylor. In 2015, the #10 car put together a couple wins –Mosport and Long Beach—and a handful of podiums before ending the season with a fourth place finish at a rain-shortened Petit LeMans at Road Atlanta. The Corvette Daytona Prototype is a V8-powered closed-cockpit racecar that is capable of both high-speed and nimble cornering. While adjustments to performance have attempted to equal the Grand-Am legacy DP cars to the P2 cars of the American Le Mans Series, their dominance in the merged Tudor United Sports Car Championship is inescapable. One trip around the Rolex 24 Hours at Daytona course will show you what this car was built for – winning. 1934 Alfa Romeo P3
This is arguably the most elegant track weapon of its time. The Alfa Romeo P3 is of an era long gone by –a day when cars were built by artisans and those who drove them did so by the seat of their pants. This particular P3 was driven to innumerable victories by the great Tazio Nuvolari; whose racing accomplishments are the stuff of legend. There are a library of stories to tell of Nuvolari and the P3, but just climb aboard this astounding relic, fire up its twin-cam, twin-supercharged, aluminum straight-eight with hemispherical combustion chambers to instantly delight in the Renaissance days of racing. Be careful though, brakes were thought to be little more than added weight and the notion of “grip” was just something you did to a steering wheel. Consider yourself warned. 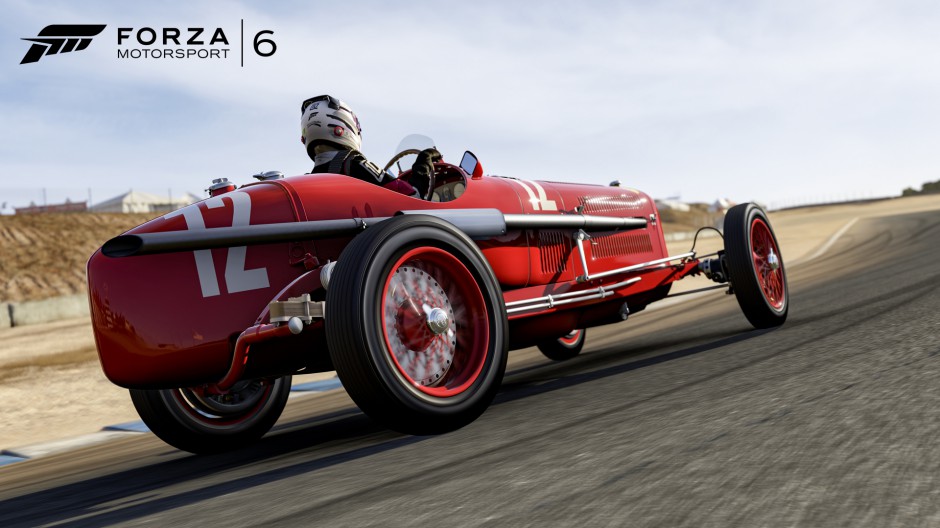 1967 Mercedes-Benz 280 SL
To drive an SL is to love an SL. After all, it had huge shoes to fill as the replacement for the legendary “Gullwing” 300SL and the underperforming and affordable 190SL. Its job was to play all these roles well: provide high performance, deliver a high degree of traveling comfort and still remain relatively affordable. The 280 is the ultimate evolution of the model which brought the highest horsepower output to bear coupled with levels of safety and reliability never before seen. The prominence of the SL has earned it a place in many movies, both old and new, and they have been owned by cultural icons from John Lennon to Sir Stirling Moss. The SL is a car that arrives in style and ensures being on time is never an issue. 1968 Opel GT
The “mini-Corvette” or the “Corvette for Europe” had the looks to turn heads and performance that dollar-per-dollar helped it sell more than 100,000 models in its five-year run. The French-made body set atop a steel unibody and its fastback design with no trunk or hatchback gave it looks that set it apart. While pop-up headlights had been seen before, the GT’s headlights were manually-operated by a hand lever along the center console that rotated them counterclockwise to expose them. No doubt the GT’s form is of its own, but it’s componentry is mostly borrowed from the Opel Kadett B. Given the GT’s size and light weight, it should be a strong candidate for upgrading to dominate cars much more powerful. 1969 Fiat Dino 2.4 Coupe
Racing homologation can be thanked for the birth of the Fiat Dino. Enzo Ferrari needed to produce 500 production V6 motors to go racing in Formula 2, so he enlisted Fiat to build them. The Fiat factory at Turin indiscriminately built the 500 engines and they were distributed between the front-engine Fiat Dino and Ferrari’s mid-engined Dino 206 GT. The Dino name comes from the nickname of Enzo Ferrari’s son Alfredo, who died in 1956 at the age of 24 and is credited with inspiring the creation of this V6 engine. The coupe version was designed by Bertone and the spider by Pininfarina, who both designed cars for Ferrari While branded a Fiat, this car was assembled at the Ferrari factory in Maranello and shared its engine with the Ferrari 246. It has brakes from the Lamborghini Miura and De Tomaso Pantera and the gearbox is also found in Aston Martins. It should come as no surprise that its performance is on par with the best the class had to offer. 1988 Jaguar #60 Castrol Jaguar Racing XJR-9
Determined to make a return to dominance in endurance racing not realized since Jaguar won the 24 Hours of Le Mans in 1957, the XJR-9 was the “big cat” that put the British manufacturer back in the books. Driven by Martin Brundle and built by Tom Walkinshaw Racing, with full backing from Jaguar, the car was a formidable racer that gave Jaguar a new heyday in prototype racing. Its sister car, the #2 Silk Cut Jaguar would win Le Mans. The XJR-9 did its job by unseating Porsche, who had won every Daytona 24 Hour race since 1977 and every 24 Hour of Le Mans since 1980. It was a monumental factory effort that included catered meals, professional masseurs, and multiple runs of key components to ensure reliability. The huge 6.5-liter V12 pulls hard in the bottom, revs to seemingly no end and is paired with a chassis built to carry speed through corners and run at the limit. It is a driving experience like no other.