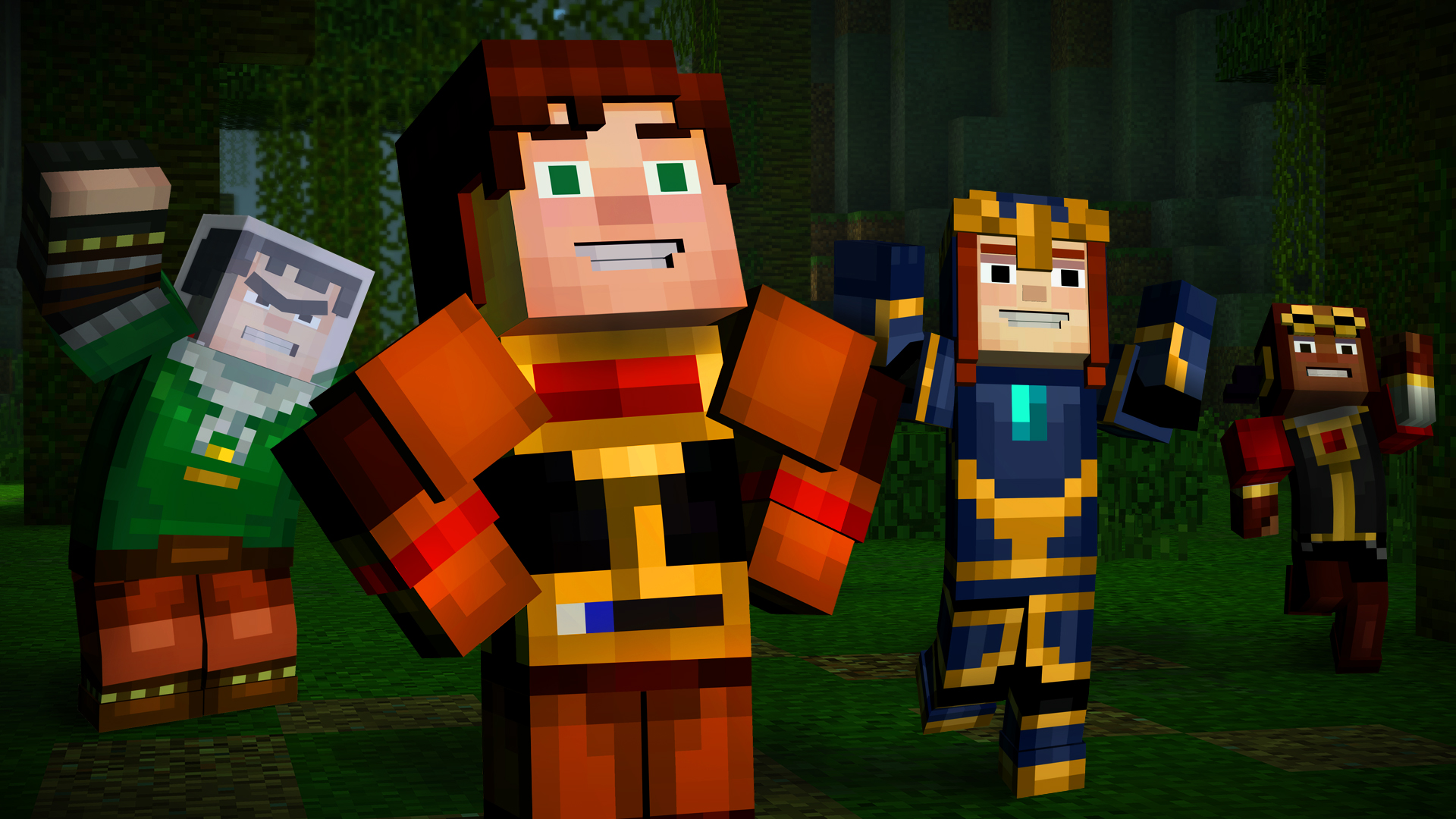 The adventures of Jesse and the NEW Order of the Stone are set to continue this month! In the first episode since the Wither Storm finale, Minecraft: Story Mode Episode 5 – Order Up! will be available starting March 29 on Xbox One, Xbox 360 and PC. And that’s not the only exciting news for Minecraft: Story Mode players today. We can also reveal that Order Up! won’t be the last you see of Jesse, as Episode 5 will bridge the gap between the Wither Storm story arc, and three all-new adventures that will continue as post-season episodes are set to release in the coming months of 2016!

These continuing adventures of the New Order of the Stone will follow the additional escapades of Jesse and the group as they explore new and unfamiliar worlds beyond their own. All three of these episodes will be add-ons to the season, so you’ll need to own at least the first episode of Minecraft: Story Mode in order to purchase and play these three chapters in the series, which will include episodes 6, 7 and 8.

We’re keeping further info on those three extra episodes a secret for now, but what can we tell you about the imminent Episode 5?

On a tip from Ivor, Jesse and friends head to an abandoned temple holding mysterious treasures. Ambushed by former Ocelot Aiden and his crew, our heroes find themselves in an entirely new world: Sky City! As they explore, the Order finds that resources are at a premium, and nothing but ‘The Void’ exists below the known world. When Aiden convinces Sky City’s ruler that the New Order of the Stone are up to no good, you’ll need to make some tough choices to clear your name, and keep Aiden from destroying an innocent world.

The cast of Minecraft: Story Mode also continues to expand as Jesse, played by Patton Oswalt (Ratatouille) or Catherine Taber (Star Wars Rebels), join Ivor, played by Paul Reubens (Pee-wee’s Big Holiday) and the gang on a trip to the skies. They’ll meet a growing cast that includes Sean Astin (The Goonies, The Lord of the Rings) as Reginald, the loyal Captain of the Guard, Jim Meskimen (Parks and Recreation) as the rebellious Milo, and Melissa Hutchison (The Walking Dead: A Telltale Games Series) as the Queen of Sky City.

Are you ready to tangle with Aiden again? Excited to explore an entirely new Minecraft world with Jesse and the crew? Dive back into Minecraft: Story Mode on March 29 in Episode 5: Order Up! – and stay tuned in the time ahead for more news on the continuing adventures of the New Order of the Stone!