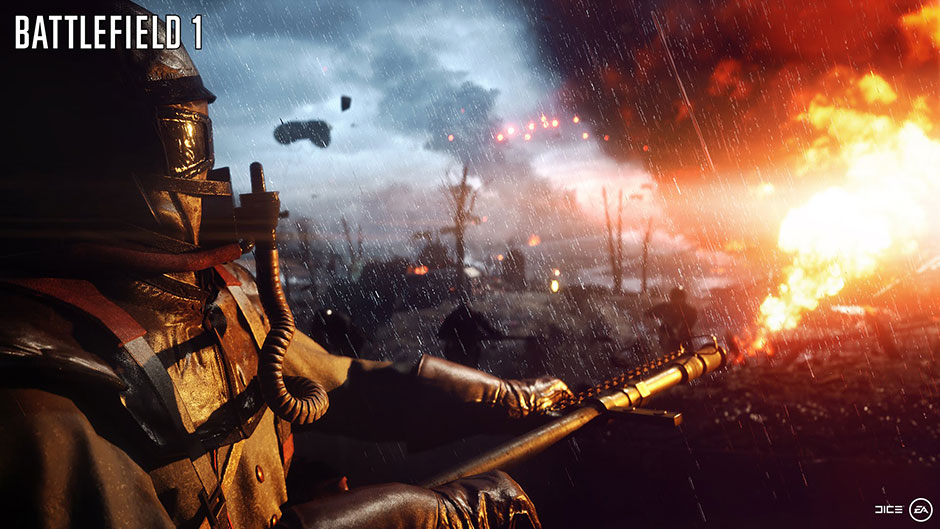 Wow, what a crazy day. We just unveiled the future of Battlefield during a Battlefield World Premiere livestream hosted out of London, and it was absolutely crazy. It was great to finally stand in front of the world and help introduce Battlefield 1, releasing worldwide on October 21. If you haven’t seen the trailer yet, check it out above.

Battlefield 1 takes place during the dawn of all-out war – the genesis of modern warfare. This is the perfect fit for what the franchise stands for: a multiplayer sandbox, immersion, epic scale, authenticity, team play, and an ever-changing world full of unexpected moments.

When DICE started work on the game, they wanted to create a massive experience. They wanted to find amazing locations and huge diversity in weapons and vehicles. When they pulled back to find an era that allowed for that variety, it became obvious that the game should be set during World War I. The conflict between the old world and the new came to a head during the Great War – old world technologies running into the tools of war that would define the next century.

We’re so excited to share Battlefield 1 with you, and there will be plenty of opportunities for you to go hands-on with the game this year. If you sign up for Battlefield Insiders, you can get early access to the Open Beta, and we’ll also have the game playable in EA Play, live events EA is holding in both LA and London on June 12-14. As is the case with all of EA’s games on Xbox One, EA Access members will be able to play the game before the release date (we’ll have more on that later). Plus, if you pre-order the Early Enlister Deluxe Edition, you’ll be able to pick up your copy (or download it, you tech-savvy Xbox One users, you) starting October 18.

Are you ready for war on an epic scale? Battlefield 1 releases worldwide on October 21, and you’ll definitely want to be there for it.