It’s been a busy couple days with some exciting Gears of War 4 announcements, and as you can see from the brand new gameplay debuted today – we’re just getting started on what’s sure to be a memorable Comic-Con for Gears fans! For those who join us in the Xbox Booth at the San Diego Convention Center, the above demo is playable and lets fans get their first taste (and hands-on) with the Gears of War 4 campaign and its incredibly destructive windflares. This exclusive opportunity to play the Gears of War 4 sees JD, Del and Kait, joined by Marcus Fenix in their quest to rescue Reyna, Kait’s mom.

If you’re stopping by the convention or just looking for where to keep track of all the Gears goodness we’re unveiling this week, check out the handy list we’ve compiled below for all the events and featured products on display at San Diego Comic-Con in the Xbox Booth (#100) and at NERD HQ (The New Children’s Museum). 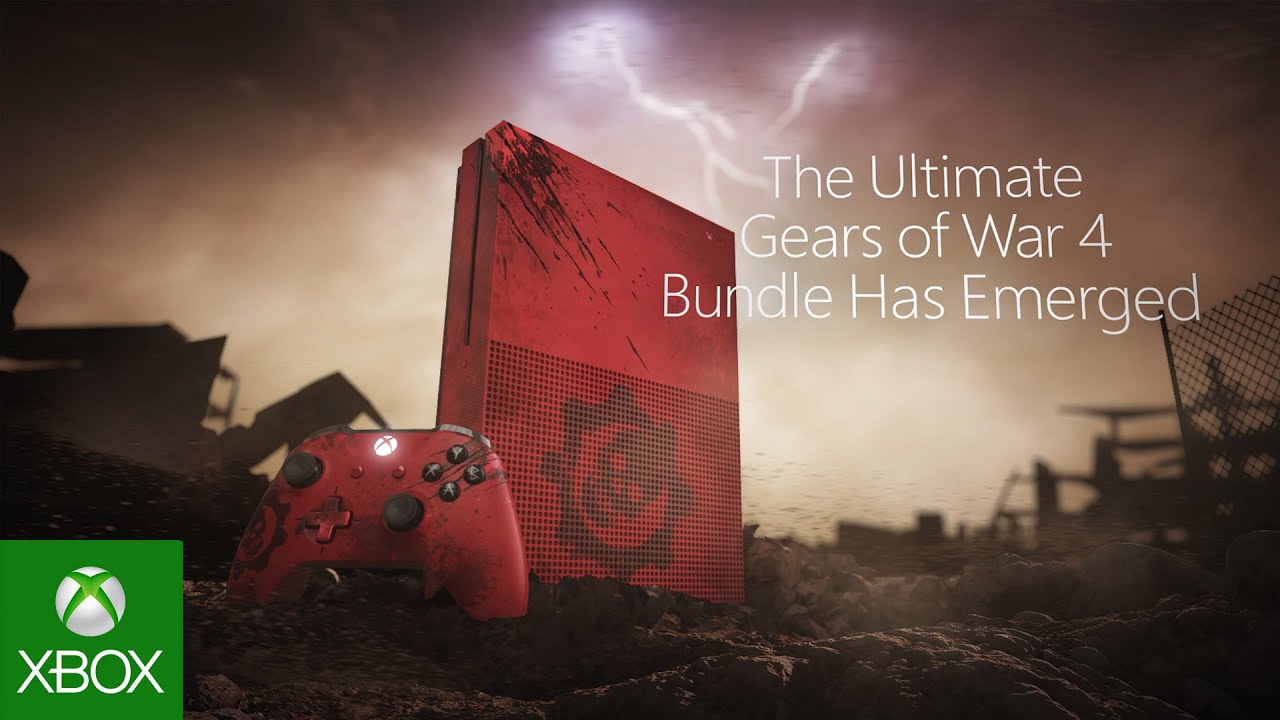 Join The Coalition studio head Rod Fergusson, and voice actors Liam McIntyre (JD Fenix), Eugene Byrd (Del Walker), Laura Bailey (Kait Diaz) and of course – John DiMaggio who returns as legendary hero Marcus Fenix as they present a behind-the-scenes look at Gears of War 4, exploring the characters, and storytelling for the new saga in the acclaimed Gears franchise.  The panel is moderated by Xbox’s Major Nelson and it’s a safe bet we’ll have a few surprises. An encore of the panel featuring a special guest will take place on Friday, July 22, 5:00pm-6:00pm at NERD HQ (The New Children’s Museum)

Meet the developers of Gears of War 4 from The Coalition in San Diego and get hands-on with Gears of War 4. Starting Wednesday from 5:30PM-9:00PM PT, four-day pass holders and those with press badges can play a brand new section of the campaign for the first time in the Xbox Booth at the San Diego Convention Center. The booth opens to all Comic-Con attendees when doors open Thursday-to-Sunday.

Thursday-to-Sunday at Nerd HQ, fans can squad-up and face-off in these intense and brutal 5v5 Versus Multiplayer matches on the just revealed multiplayer map “Forge”. Check out TheNerdMachines.com for full gameplay schedules.

Limited Edition Gears of War 4 Posters available at Comic-Con
Today we also announced the availability of a limited-edition Gears of War 4 poster (first in a series of three) designed by award winning comic-book artist Tony Moore (known for his award-winning artistry in The Walking Dead comic series). Fans at Comic-Con will be able to get their hands on these super limited posters during a fan meet-and-greet and signing with the cast following the panel on Thursday at 5pm at NERD HQ or be the first 1000 fans who pre-order Gears of War 4 at the GameStop kiosk in the Xbox booth.

Physical Gear Packs
Drop by and play Gears of War 4 to take home the physical version of a Gear Pack!  These physical cards don’t just look pretty – they also unlock 10 specific customization items and bounties to use when the game releases this October.  Each physical Gear Pack includes five cards – one Crimson Omen sticker card, a Gears Avatar t-shirt card, and three customization cards.  Head to the Xbox booth at Comic-Con located in Hall A, Booth #100 or find us at NERD HQ in the New Children’s Museum to claim your pack.  Not at Comic-Con?  Pre-order the game at GameStop and receive a free physical Gear Pack with the Vintage Reyna character when you pick up the game at launch.

A Bounty of Gears of War Collectibles
Equip yourself with gaming essentials to take down The Swarm, commemorate your collectible shelf with an assortment of Gears of War figurines, explore the artistic inspirations for Gears of War 4, and rev up a Lancer all of your own.

For more on Gears of War 4 at San Diego Comic-Con, stay tuned to Xbox Wire and GearsofWar.com.