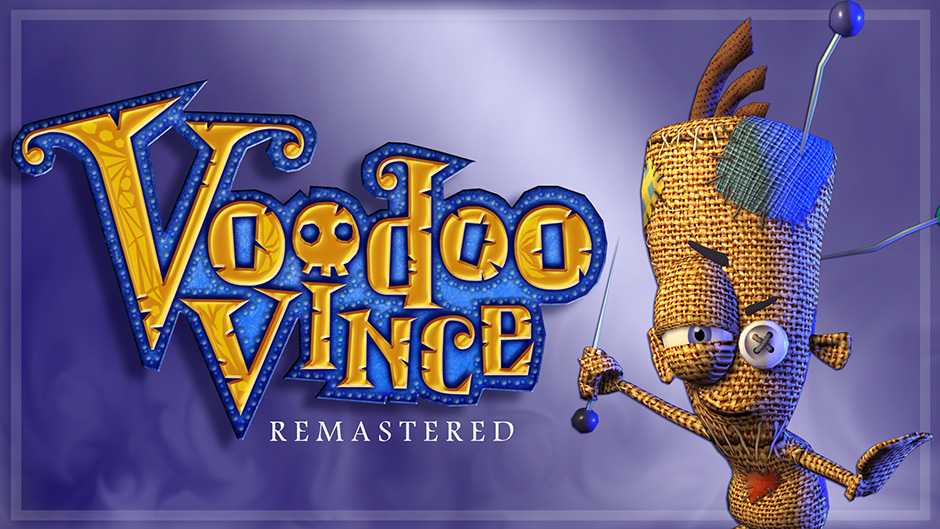 Sixteen years ago, I left a reasonably secure job as a game designer to pursue a dream. That dream was to build a quirky character platformer about a little Voodoo doll named Vince. It wasn’t a huge dream, compared to being an astronaut or inventing a way to jam stuff into a pizza crust, but this was mine. I hit the road and started pitching the idea. Game publishers seemed to love the idea, but I soon learned that publishers always love ideas. Getting them to sign on the dotted line was a different story. I pitched the concept for nearly a year before Vince found a home with the perceptive and tasteful folks at Microsoft Game Studios.

They said no too. Twice. But I kept coming back. Each time I showed up with a more fleshed out design and, eventually, a playable prototype for the game. I also convinced a group of otherwise sane individuals to join me. My studio, Beep Industries, started building Voodoo Vince (originally Vince the Voodoo Doll) in 2001. Nobody on the Voodoo Vince team had ever worked on 3D platformer, including me. But we jumped right in and worked our butts off for two years, learning, inventing, and improvising as we went. Beep built something I’m still proud of. The game has a ton of heart. It also has a quality that gamers can spot a mile away: sincerity. We really loved it. That love shows in countless details, little inside jokes scattered throughout the game, and Vince’s trademark snarky humor.

We shipped Voodoo Vince in September of 2003 when the original Xbox was nearing its peak, but Vince soon disappeared in the churn of other games and a new generation of consoles. Our engine used some convoluted custom code that made Vince ineligible for Backward Compatibility during the Xbox 360 era so Vince seemed destined to remain in the past.

I started getting emails from fans the day Voodoo Vince came out. Later, it was Facebook messages and tweets from people who loved the game. And it never stopped. We never really had merchandise, but fans made their own. I have pictures of homemade Voodoo Vince dolls. I’ve seen fan art from people all over the world. The more committed have Vince tattoos. It was a small audience but Vince clearly meant something to them.

Oddly enough, I ended up at Microsoft Studios working as a Creative Director in first party publishing. I’ve worked on all sorts of exciting things, from console to Kinect and HoloLens games. I love my job, but I never forgot about my little burlap pal. I also continued working on assorted side projects through my independent studio Beep Games, Inc. A couple years ago I started thinking about updating and re-launching Voodoo Vince myself. My colleagues at Microsoft were really supportive of the idea. We all agreed that the ID@Xbox program is the perfect venue for the game. A small team and I have been quietly working on Voodoo Vince: Remastered for a few months now, and I’m announcing today that it’ll be out for Xbox One and Windows 10 in early 2017.

What’s in the new version? It’s wide screen now, of course, in glorious 1080p and running at 60fps. The rendering engine is being rewritten from the ground up with lots of crisp new textures and rendering effects. Xbox Live was still a twinkle in Microsoft’s eye when VV launched, so we’ve got profiles and achievements. We never finished hooking up rumble in the original game, so yay: We have vibrate-y goodness. The gameplay is mostly untouched, though. That was important to me. Vince moves, animates, and controls exactly like he did in 2003. You can just see a lot more detail in his world when he moves through our twisted version of New Orleans and the Bayou.

It’s great to finally resurrect Vince. Watching him and his world come back to life over the last few months has been a fantastic experience. It feels like coming home. I hope his long-time fans are as glad as I am to see him again. I also hope Vince will make a few new friends now that he’s coming back to the world of the living.