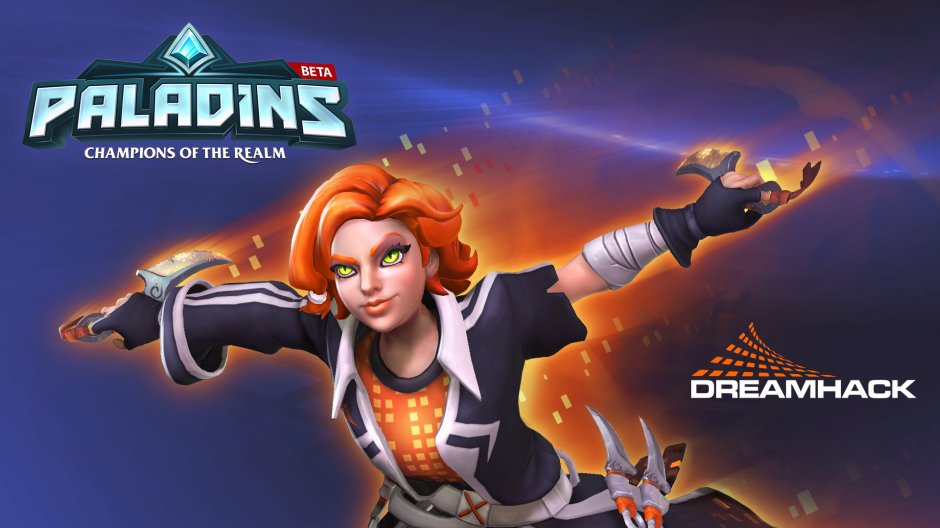 GankStars dominated EU, going a perfect 14-0 in the DreamHack Valencia Qualifiers. Yet Strictly Business was even more dominant, going 23-0 against a larger field of NA competitors. Someone’s “0” has got to go in this best-of-seven clash of unbeaten teams!

You could also win big by watching this weekend’s broadcast. We’ll be giving away tens of thousands of free skins, chests, and Crystals to our Twitch viewers, including the exclusive DreamHack Maeve skin you can only get by watching Twitch this weekend! Be sure to link your Hi-Rez account to your Twitch account to get drops.

Of course, DreamHack Valencia is about more than just esports and free stuff. We’ve made many great announcements this weekend, including:

We’re so happy to share the Realm with the Xbox One community. We love working with you to make Paladins even better through our ongoing Open Beta process. With your help, more than 15 million people have now entered the Realm and become a Champion. If you haven’t had a chance to play Paladins on Xbox One, click here to download and start playing for free today!