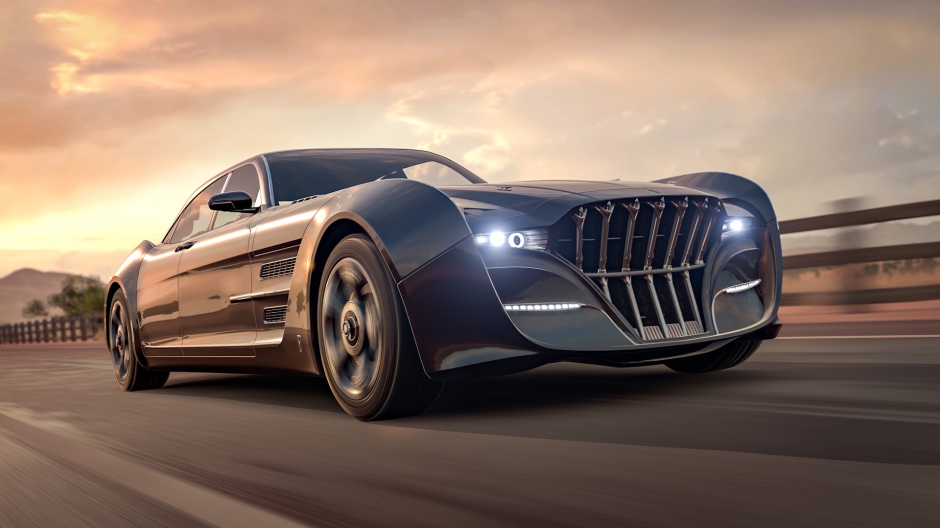 Forza fans are used to a massive variety of cars in Forza Horizon 3; from dune buggies to sport trucks to hypercars, and more. Starting next week, players will be able to drive a car unlike anything else in the game with the upcoming addition of the Regalia from Final Fantasy XV to the Forza Horizon 3 lineup.

The transportation method of choice for Final Fantasy XV’s royal main character Prince Noctis Lucis Caelum and his friends Ignis, Gladiolus, and Prompto, the Regalia is unofficially the fifth member of Noctis’ party. Embarking on an epic road trip, Noctis and his buddies pilot the Regalia across the land of Eos, encountering endless adventure and intrigue along the way.

With its massive heft, intricate body details, and luxurious interior, the Regalia is a unique addition to the world of Forza Horizon 3. The team at Square Enix found inspiration for the Regalia’s design from real-world models like the Cadillac Ciel concept car and the Maybach Exelero. In Forza Horizon 3, the car’s size (nearly 21 feet long and seven feet wide) makes it a cruiser’s delight. Take it for a slow-burn drive through downtown Surfers Paradise, or hit the Aussie freeway in the Outback and push that 7.2-liter supercharged V12 (offering up 536 hp) to its limit. The Regalia gives Forza Horizon 3 players the chance to experience true automotive royalty. Where you take it is up to you!

For more, check out our special in-depth story where we go behind the scenes and talk with the Square Enix, Playground Games and Turn 10 teams about the making of the Regalia for Forza Horizon 3!

*not available in all markets