After a Summer of anticipation, big reveals, and minimal basketball, the season is back and being kicked off today with the NBA Live 19 demo where you’ll get to try several of the features from the full version of the game, available September 7 on Xbox One.

You’ll be able to try out The Rise where you’ll start your journey to becoming The One by traveling the world, beginning to Build Your Squad, and developing your skill set while gaining fans and followers around the globe. Also, get your first taste of NBA Live 19’s Live Events by competing to earn rewards and bragging rights. 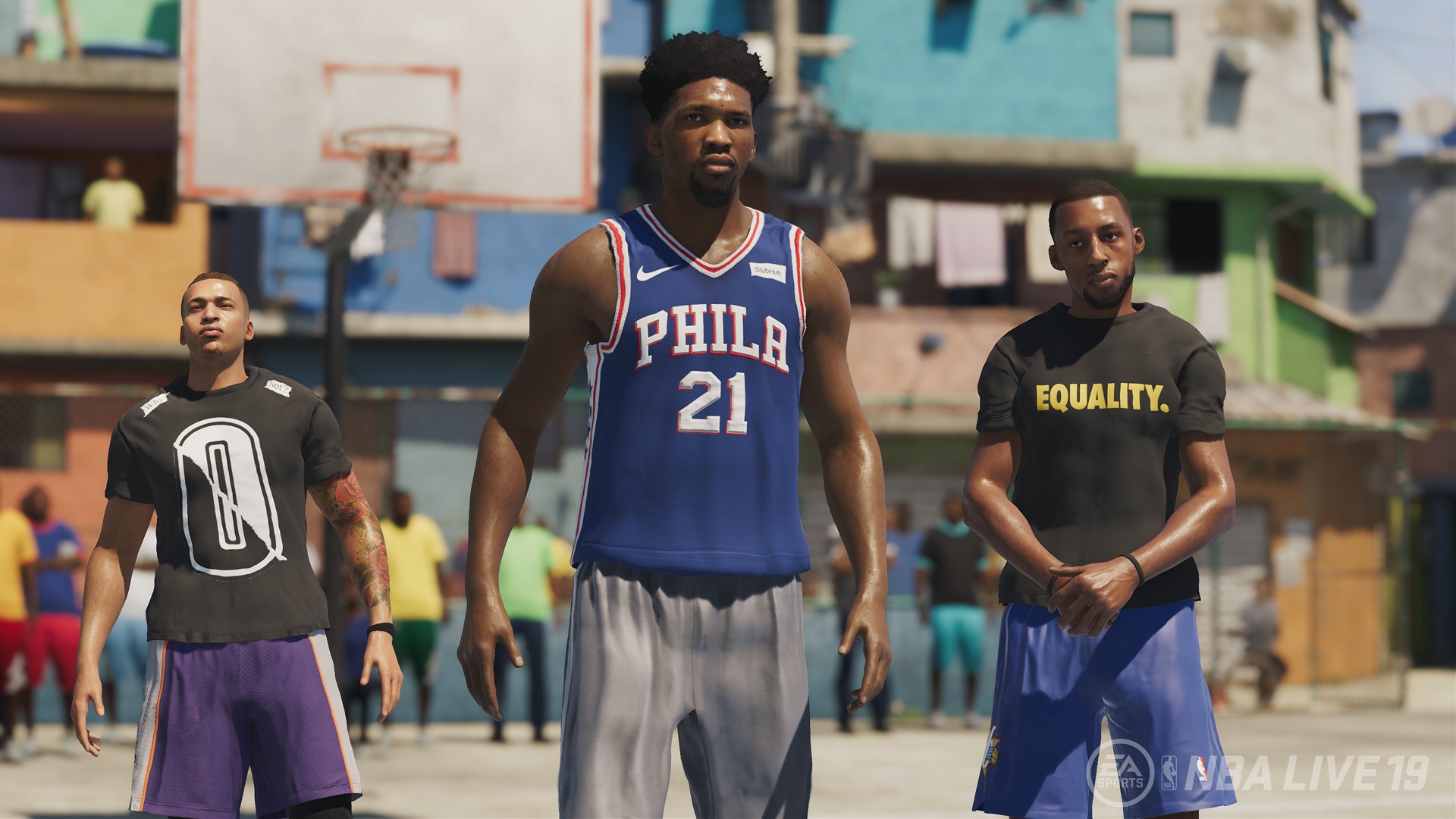 Want to play with NBA players? Get your chance to squad up playing with either Kyrie Irving and the Boston Celtics or Steph Curry and the Golden State Warriors as the two teams to play as in the demo. And this is already a great time to get in some practice. Get to know the controls and pick up some tips as you complete drills to fine-tune your ability on the court.

The demo is just a bite-sized portion of nearly everything NBA Live 19 has to offer. While Build Your Squad can be started, getting the full experience is something that needs to be done with the full version! One of the biggest features that just got revealed is called Court Battles; it’s unlike anything you’ve ever seen in a basketball video game.

Okay, so, let’s put it simply. Players want a way to stack squads up against each other and, while bragging rights are fun, you should also be rewarded for your efforts, right? In NBA Live 19, you now will be. First step to being able to partake in Court Battles is to be sure to create your own court – we have several customization options. You can touch up everything from logos to colors and even patterns. Once your court is completely set up, you’re giving other gamers an open invite to come in and try to challenge you. The two sides of it, just like basketball, are attacking and defending – these are called campaigns. They are done in a format where you’ll need to race against the clock to attack as many courts as you can and, based on how many courts you successfully attack, earn exclusive rewards. There are different variables, but typically the tougher the campaign, the better the rewards – you could wind up with anything from different court customization options to animations and even new players to add to your squad for future conquests.

The further you make it in NBA Live 19, and the more games you play, the better your Court Hype is going to be. Hype is a measure for how far you’ve developed your created player in the game – there’s Live Run Hype, League Hype, and Court Hype. Through Court Battles, you’ll continue to build your Court Hype – the more Court Hype you have, the better rewards you typically get. While attacking is a huge part of this process, defending is equally as important. Defending your courts all comes down to the phrase, “Your court, your rules.” You’ll get the chance to create your own ruleset – this is a group of rules that dictate how visitors to your court need to play. The more you progress your player and Court Hype, the more rulesets you’ll unlock. Some of my favorites include on where dunks are worth five points and another one where everyone must score to ensure a win – I think that these are going to really change the game.

In all, there will be 38 different rulesets that can be created and implemented for your court. When people come into your territory, they need to play by your rules – let’s just consider it homecourt advantage. Always make sure to set your lineup to cater to the rules, too. Let’s use the example of dunks being worth five points – putting in five athletic rim-rockers to defend your court could go a very long way to ensure people can’t take over your court. If you really want to play the coach role, be sure to adjust your gameplans. Again, more gameplans will be unlocked given the more Court Hype you get, but these can be anything from running set plays to bodying up the other team’s stars or guarding all shooters extra tight. These are only a couple of the key features we’re going live with in NBA Live 19, and you’ll get your first shot at playing these with the release of our demo. If you’re ready, be sure to download the NBA Live 19 Companion app and get your face scan done so you can create your own player and really get cracking on your own career. Be The One and Build Your Squad for global dominance starting today!