There are new mysteries to uncover in the massive open world of Ghost Recon Wildlands, and this weekend, Xbox Live Gold members can investigate them for free. Starting 10:01 a.m. PDT on May 2 through 10:00 a.m. PDT on May 6, Ghost Recon Wildlands will be free to download and play on Xbox One. This coincides with the launch of Operation Oracle, a new, free narrative arc in which a routine hostage extraction turns into something much bigger—and this time, it’s not because your co-op teammate has alerted the guards and all hell has broken loose (at least, not yet).

Operation Oracle is playable solo or with a co-op team of up to three other players with Xbox Live Gold. The target for the new missions is a Skell Tech engineer taken hostage by Unidad forces. As you seek to rescue your target from heavily armed military captors, you will meet Cole D. Walker, a Ghost Team Lead on a mission of his own. What you learn in the process will shake up your perceptions about who your enemies and friends truly are.

The Ghost Recon Wildlands Free Weekend starts at 10:01 a.m. PDT on May 2 and ends at 10:00 a.m. PDT on May 6 . Not only will you be able to take a crack at Operation Oracle, you’ll also have access to all the free content that has been released since launch, including new campaign modes; new missions featuring Rainbow Six and Splinter Cell cameos; and new maps, modes, and classes for the dedicated PVP arena, Ghost War.

Any progress you make during the free weekend will carry over if you purchase the full game. Whether you’re dropping in from a helicopter at midnight for a stealth infiltration, blowing open the gates and driving in with mounted guns blazing, or anything in between, Ghost Recon Wildlands lets you take on threats the way you want. So fire up your Xbox One, grab a friend or three, and see what its diverse and dangerous open world has to offer. 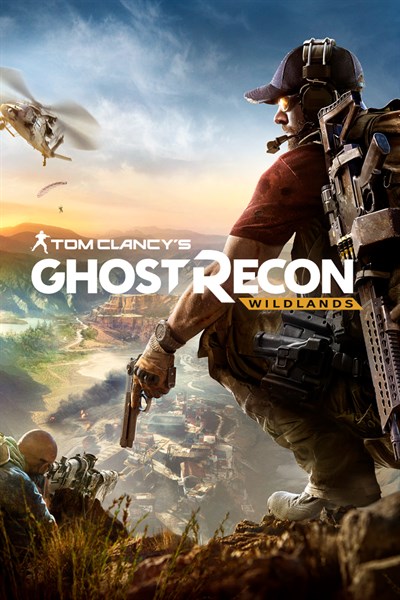 ☆☆☆☆☆ 767
★★★★★
$49.99 $39.99
Get it now
Xbox One X Enhanced
Xbox Game Pass
Free Trial
Try Ghost Recon Wildlands for free! Play online with your friends and explore the country for 5 hours by downloading the trial! HDR enhanced for richer, more luminous colors.* Create a team with up to 3 friends in Tom Clancy’s Ghost Recon® Wildlands and enjoy the ultimate military shooter experience set in a massive, dangerous, and responsive open world. TAKE DOWN THE CARTEL In a near future, Bolivia has fallen into the hands of Santa Blanca, a merciless drug cartel who spread injustice and violence. Their objective: to create the biggest Narco-State in history. BECOME A GHOST Create and fully customize your Ghost, weapons, and gear. Enjoy a total freedom of playstyle. Lead your team and take down the cartel, either solo or with up to three friends. EXPLORE BOLIVIA Journey through Ubisoft's largest action-adventure open world. Discover the stunning diverse landscapes of the Wildlands both on and off road, in the air, on land, and at sea with over 60 different vehicles. *HDR functionality available on Xbox One S with supported games and TVs.
Product Info:
Developer: Ubisoft
Publisher: Ubisoft
Website: Tom Clancy’s Ghost Recon Wildlands
Twitter: @GhostRecon / @Ubisoft