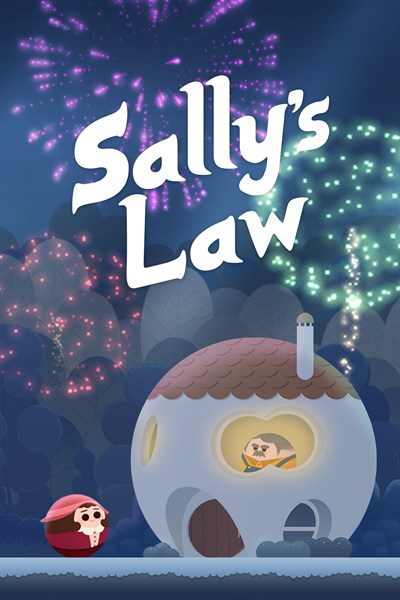 ☆☆☆☆☆ 4
★★★★★
$12.99
Get it now
This is a story about a father and a daughter. The story about Sally, "the girl loved by the goddess of fortune", and her father. Sally, who left her home to become a picture book writer, hears that her father has become ill and heads toward her beloved home. The clumsy father and Sally who is trying hard to make her dream come true. On her path to meet her father, the two feel a change of heart. The players will control the 2 characters and help them reunite at their beloved home in the game. Sally is always at her own pace. She will jump through the stairs, cliffs and valleys. Any dangerous-looking branches or fences would never stop her! Her father will remove anything that comes in her way. He will follow Sally's route and make sure nothing would harm her. There will be numerous gimmicks along the way. Help Sally using the time stop and warp holes. Sally's Law on XBox has multiplayer mode and also prologue and epilogue videos that were not included in the smartphone version. In addition, players can obtain Sally and her father's unique avatars! Play the touching game which shed every players to tears on Xbox!
Product Info:
Developer: NANALI studios
Publisher: Polaris-x
Website: Sally’s Law
Twitter: @NanaliStudios