Greetings, adventurers! Today, our team has added a new character class to the extensive open world of Black Desert on Xbox One in a free update. Mystic is a brawler who uses her fists to beat enemies with powerful and precise blows. If you have experience with the Striker character class, you’ll find a lot of similarities here in Mystic’s combat playstyle. Find more tips on today’s content below!

A victim of the ruthless Calpheon Republic’s military push into her homeland as a small child, Mystic was adopted and trained to be a martial-arts warrior by a foreigner from the far east. After winning the coveted Martial God Tournament, she has returned to her homeland within the Black Desert to find her true self.

Using the Gauntlets as her main hand weapon, and the Vambrace for her offhand weapon, Mystic can perform the following standard skills:

This is it – step into the ring today with Mystic and use your fists to fight enemies in Black Desert! 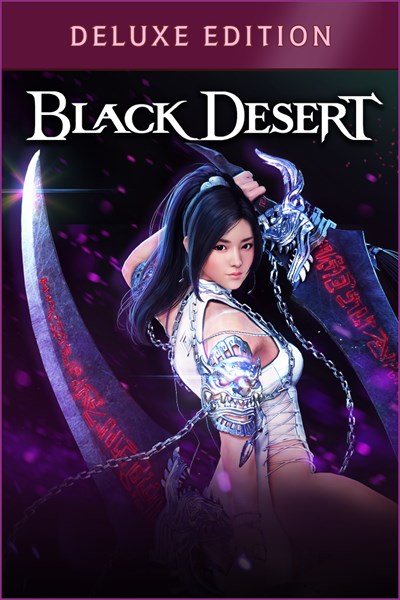 ☆☆☆☆☆ 1432
★★★★★
Get it now
Xbox One X Enhanced
The continent of Valencia has opened! Explore and survive the harsh deserts, defeat barbaric tribes and unlock the secrets of the Black Desert. Black Desert is a revolutionary MMORPG that delivers intense fast-paced combat, deep and interesting life skills all rolled into an expansive open world setting. Exploring the world of Black Desert will unlock the mysteries of the Black Stones, encounter demons and monsters, and allow you to fulfill a life filled with fishing, trading, horse training and so much more! The Black Desert Deluxe Edition digital bundle includes the full Black Desert game, a 60-day Value Pack, a Snow Wolfdog Pet, a Tier 3 Horse, the Calpheon Chargers' Horse Gear Set, and 2,000 Pearls to use in game. Team up with other players to take down the Lord of Corruption! IMPORTANT: The item packages included in the bundles will only be sent to the server that corresponds to the region where the product is purchased. [Accolades] – Join over 10 Million Registered Users in Black Desert – The 10 Best MMOs of 2017 – MMORPG.com – 2016 Best new MMORPG – MMORPG.com – 2016 MMORPG OF THE YEAR – MASSIVLY OP