One of our most-anticipated adventures of the year is here! Star Wars Jedi: Fallen Order is available now on Xbox One and enhanced for Xbox One X – get it here on the Microsoft Store and start playing today.

In Star Wars Jedi: Fallen Order you take on the role of a Padawan in hiding, Cal Kestis, who after a series of tragic events, must set out on a journey across the galaxy to save not only himself but to help restore the Jedi Order. And he won’t be alone. Cal will be joined by the faithful (and very helpful) research droid BD-1; Greez, pilot of the Stinger Matis; and Cere Junda, a former Jedi and mentor to Cal. Together you’ll embark on a galaxy-spanning adventure in the rich Star Wars universe.

You can read some of our earlier impressions of Star Wars Jedi: Fallen Order to get a better idea for the adventure that’s in store. And as you step out into the galaxy, we thought it would also help to have a couple of tips to help you on your soon-to-be epic journey.

If you think you can get away with just wildly swinging your lightsaber at enemies and survive, you’ve got another thing coming. Star Wars Jedi: Fallen Order is no walk in the park, and it becomes even more challenging on the higher difficulty settings. In any setting, you must make full use of your lightsaber abilities like counter attacks and dodging to walk away from enemy encounters alive. This may take some time, so be methodical in how you size up enemies.

For example, if there’s a group of foes, see if there’s a way to isolate one or two of them to get the odds in your favor. Stormtroopers will not hesitate to mob you so be on guard as they close in and roll away if you have to in order to give yourself a better chance at a counter-attack. Also, a well-time parry can do wonders if you’re looking to quickly strike down an enemy with your saber (you also look super cool while doing so).

Explore, Explore, and Then Explore Some More

As your abilities grow so will your opportunities to go back to previously visited planets to access other areas, secrets, and unlockables. Take some time to learn how to navigate the world maps and which areas you can’t access (or when BD-1 receives an upgrade to unlock a previously discovered locked container): yellow marks unexplored routes; green marks unlocked routes; red marks routes that are inaccessible (for now).

As you explore, make sure to look for shortcuts like doors, elevators, ropes that can be unlocked to gain easy access to hubs, Meditation Circles to upgrade your skills, save and heal, and more.

And from a lore perspective, make sure you use Cal’s ability to reach out with the Force at blue-marked areas to reveal an echo that not only gives you some XP, but can reveal background about events that have transpired here before your arrival.

Become One with the Force

When you die, you’ll respawn at the last Meditation Circle you sat. So, make sure you’re taking advantage of each of those locations as you progress deeper into a level. They’re also great places for you to refill your healing stims but know that doing so will also respawn all enemies on the level. Make sure you’re prepared because that pesky stormtrooper will be back on that ledge and is looking for revenge.

But perhaps the number one objective is for you to travel back to the enemy who bested you is so you can recover your lost XP. You don’t need to defeat them to get it back; just land a strike with your lightsaber. This can be useful if you’ve met your match from a powerful foe and you just want your XP back. Or stay in the fight and see if you can take down a powerful creature or enemy. It’s your choice but know that you can run away if needed.

We hope some of these tips help you on your journey as you take your first steps into a larger world. Get Star Wars Jedi: Fallen Order today on Xbox One and may the Force be with you! 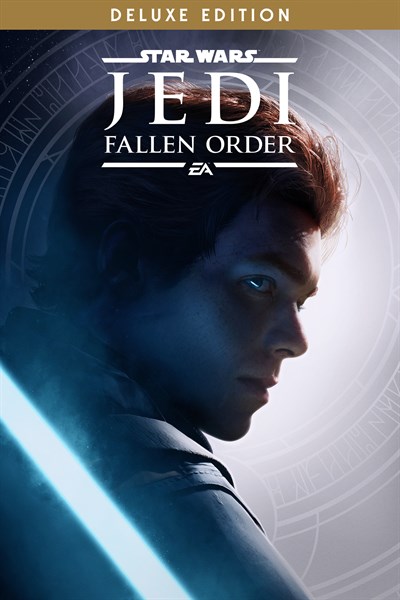 ☆☆☆☆☆ 5884
★★★★★
$49.99 $44.99
Get it now
Xbox One X Enhanced
STAR WARS Jedi: Fallen Order™ Deluxe Edition leverages Xbox Smart Delivery allowing access to both the Xbox One title and Xbox Series X|S title. Support.xbox.com A galaxy-spanning adventure awaits in STAR WARS Jedi: Fallen Order, a new 3rd person action-adventure title from Respawn Entertainment. This narratively-driven single player game puts you in the role of a Jedi Padawan who narrowly escaped the purge of Order 66 following the events of Episode 3: Revenge of the Sith. On a quest to rebuild the Jedi Order, you must pick up the pieces of your shattered past to complete your training, develop new powerful Force abilities, and master the art of the iconic lightsaber – all while staying one step ahead of the Empire and its deadly Inquisitors. While mastering your abilities, players will engage in cinematically-charged lightsaber and Force combat designed to deliver the kind of intense STAR WARS lightsaber battles as seen in the films. Players will need to approach enemies strategically, sizing up strengths and weaknesses while cleverly utilizing your Jedi training to overcome your opponents and solve the mysteries that lay in your path. STAR WARS fans will recognize iconic locations, weapons, gear, and enemies while also meeting a roster of fresh characters, locations, creatures, droids and adversaries new to STAR WARS. As part of this authentic STAR WARS story, fans will delve into a galaxy recently seized by the Empire. As a Jedi hero-turned-fugitive, players will need to fight for survival while exploring the mysteries of a long-extinct civilization all in an effort to rebuild the remnants of the Jedi Order as the Empire seeks to erase the Jedi completely. KEY FEATURES ● Cinematic, Immersive Combat – Jedi: Fallen Order delivers the fantasy of becoming a Jedi through its innovative lightsaber combat system – striking, parrying, dodging – partnered with a suite of powerful Force abilities you’ll need to leverage to overcome obstacles that stand in your way. This combat system is intuitive to pick up, but takes training and practice to fully master its nuances as you gain new powers and abilities along your adventure. ● A New Jedi Story Begins – As a former Padawan on the run from the Empire, you must complete your training before Imperial Inquisitors discover your plan to revive the Jedi Order. Aided by a former Jedi Knight, a cantankerous pilot, and a fearless droid, you must escape the evil machinations of the Empire in a story-driven adventure. Explore and overcome a wide range of challenges focused on combat, exploration, and puzzle-solving. ● The Galaxy Awaits – Ancient forests, windswept rock faces, and haunted jungles are all unique biomes you’ll explore in Jedi: Fallen Order, with the freedom to decide when and where you go next. As you unlock new powers and abilities, opportunities open up to re-traverse maps in new ways; leveraging the Force to augment the way you explore. Move quickly, however, as the Empire is actively hunting your every step in their effort to exterminate all remnants of the Jedi Order. Get the story behind the game with the STAR WARS Jedi: Fallen Order Deluxe Edition, which includes: • The Crimson BD-1 skin • The Crimson Mantis skin • Digital Art Book • “Director’s Cut” behind-the-scenes videos, featuring over 90 minutes of footage from the making of the game Conditions & restrictions apply. See ea.com/legal for details.