During Inside Xbox, we also showed off our latest trailer, revealed a brand-new fighter named Cass and detailed the pre-order bonuses for Bleeding Edge! This is a ton of new info that we are thrilled to be able to share with you all, and we encourage you to watch the trailer to be a part of the latest pieces of news.

The Punk Pack contains a selection of stylish in-game cosmetics, including:

For fans joining us here in London this week at X019, we invite you to try out Cass at our booth, take home Bleeding Edge swag and even get a graffiti tattoo of your favourite Bleeding Edge character.

We’re just a few short months away from our first closed beta in February closing in on the worldwide launch on March 24, and we couldn’t be more excited to share what the team has been working on with our fans. Thank you for all your support, and we’ll see you at X019.

For more info on Bleeding Edge and how to pre-order, please visit our website: bleedingedge.com. 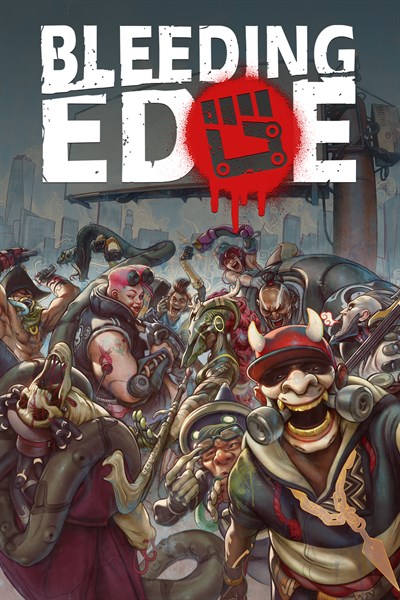 ☆☆☆☆☆ 1400
★★★★★
Get it now
Xbox One X Enhanced
Team Up. Cause Chaos. Grab your team and tear it up in Bleeding Edge, an electrifying online brawler where every fighter comes mechanically enhanced for mayhem! Choose your fighter from a diverse cast of colourful characters from the edges of society: burn rubber as bold and beautiful Buttercup with her detachable saw blade arms, wreak havoc as Black-Metal rocker Niđhöggr with his electrifying guitar solos or slash up the streets as Daemon, New York’s most wanted assassin. Pre-order now or play with Xbox Game Pass to get access to the Closed Beta! You will get: – Access to the Bleeding Edge Closed Beta in 2020: Closed Beta 2 on March 13th Be the first to play Bleeding Edge before it launches on March 24th! Plus, pre-order now or play with Xbox Game Pass in the first week of launch (by March 31st 2020) to receive the exclusive Punk Pack! – 3 exclusive fighter skins: Punk Rock Niđhöggr Butterpunk Buttercup Outrider ZeroCool – Rioter’s Hoverboard – Make Your Mark in-game Sticker Pack – 3 bonus taunts Come. Join us. The cybernetic clash of the century is about to begin! NO STOPPING US Synergise with your teammates to become an unstoppable force in the face of your enemies – freeze foes in time, control minds, ride missiles and unleash electrifying guitar solos in exhilarating action combat that rewards technique, timing and teamwork. TREACHEROUS TERRAIN Use your environment to your advantage with deadly arena hazards and gain the upper hand in moments of chaos. Yank opponents into a high voltage electric fence with Buttercup’s saw blade. Charge enemy aggressors into the path of an oncoming train with Makutu’s shoulder barge. Trap careless enemies within Maeve’s magical cage and light a raging fire beneath their very feet. MOD YOUR COMBAT, SHOW YOUR STYLE Power up your fighters' weapons and abilities from a vast arsenal of cybernetic parts, all earnable through gameplay. Customise your hoverboard mounts to ride with style across the vibrant cyberpunk arenas of Bleeding Edge.