Following three years in development, we were thrilled with the popularity of American Fugitive at launch, and that so many gamers were enjoying tearing up the world we created! After a post-release phase of bug-fixing and performance improvements, we added some Quality of Life features, including a much requested mini-map. Once things settled down a little, we had some time to consider a variety of ideas for DLC content. However, it was apparent that one addition was being requested more than any other: tanks!

What could be more fun than crashing through the streets of Redrock in an oversize military behemoth, crushing all who try to stop you? Well, you asked and we listened, and we’re delighted to confirm that it’s just as fun and crazy as you thought! Of course, with such a high-powered vehicle, there needs to be an appropriate enemy response, so we’ve added soldiers armed with bazookas, 4×4 trucks (a.k.a. jeeps), and miniguns!

In the game lore, an army garrison has commandeered the old factory in Twin Lakes, in response to the spiraling crime wave the cops are struggling to contain (a crime wave which seems to have a certain lead character Will Riley at the epicenter). The military won’t be called into action until you trigger the all-new six-star Wanted Level (take that, GTA!). At that point, all bets are off.

We’ve also added a new supporting character, Sarge, who will entice you into his conspiracy-fueled paranoia with 10 military-themed challenges. These missions don’t have any bearing on the main plot, so can be played at any stage of the game (just like the existing Time Trials), and you’ll be rewarded with cold hard cash (which is just as well, as ammo for your new arsenal doesn’t come cheap).

So, batten down the hatches, and lock and load! It’s a State of Emergency, and the army shall, indeed, fire at will! 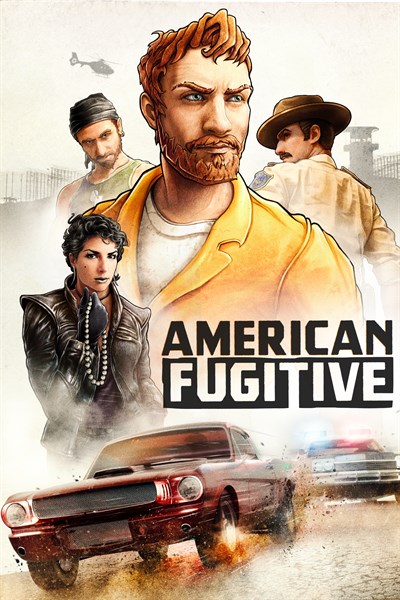 ☆☆☆☆☆ 89
★★★★★
$19.99
Get it now
Xbox One X Enhanced
American Fugitive is a modern take on classic sandbox action offering a new 3D top-down open-world single-player experience. Welcome to Redrock County, a sleepy American town with a booming criminal underbelly. You take the role of Will Riley. No angel for sure – but not a killer. Yet the cold-blooded murder of your dad is the crime they locked you up for. Fuelled by grief and a burning desire for vengeance, you’ll bust out of jail intent on finding the real culprit. Once outside, you’ll need to blend with the townsfolk to avoid recapture. Establish contact with the criminal underworld and stay one step ahead of the police dragnet. Set in the deep south of the 1980s, American Fugitive is a love-letter to the classic movies and games of old. JUSTICE AIN'T ALWAYS LEGAL.