Story of a Gladiator is an arena beat ’em up where you take the role of a man in search of his destiny, only to find it in the sands of the colosseum.

The very first idea of the game was to make a simple 1v1 icon game with some turn-based combat. It was a simple screen of two characters taking turns at attacking each other. After further thinking, we realized that the game would look a lot better if it had some real characters instead of icons — along with some background arena — which lead to the concept of a gladiator arena game.

Once we had some characters and background it was easier to do some turn-based combat simulation. Each team would select a character to make an action and then it would carry on until all characters made an action before a turn was completed.

A new arena concept was created again to better resemble the roman times with a single character, a crowd and the local magistrate watching.

The turn-based combat system was very basic, so we decided to improve it and add more skills and abilities for each character giving them more options each turn.

We kept adding more characters and races in the arena, so it resembles more closely gladiatorial times in ancient Rome. However somewhere around there we realized that the characters felt a little strange not moving. It felt like they could so much more but instead they were stuck in this turn-based system.

The arena only had a horizontal axis of movement. This meant that to if we were to make an action game out of it, it would have to be something like a 1v1 brawler. In a gladiator arena you would expect multiples gladiators fighting around so we decided to add a vertical axis instead that was a bit like the older beat ’em ups like Double Dragon and Streets of Rage. We made a quick test to see how this would play out.

It was quickly realized this was the way forward. The characters could finally use their legs and move around instead of being rooted in their turn-based positions. This also meant from controlling a group of turn based gladiators you are now controlling 1 gladiator. The game felt exciting, easier to play and more fluid even with just a simple hit and move combat system. It was exactly how you would want to fight as a gladiator in an arena.

Now that we had an arena with 2 axis, we needed to bring back some ideas from the previous concepts such as the crowd and the walls. We also decided to add a small battle intro where your gladiator would enter the arena from the left in the cheer of the crowd and sound of trumpets.

We wanted a crowd from all directions including the bottom so that it feels like you in the center of attention. Some new things were also added like bazar feeling as this was a small arena in a province where the streets, market and arena were a bit mixed.

We kept working on several revisions of the arena in order to give it a more natural look with better depth and angles and one of the last concepts was the following arena.

It lacked something that we couldn’t conceptualize at the time. We took a break from designing arenas and focused on creating more characters instead. That helped refresh as our mind as a few weeks later we came back and designed from scratch an entirely new arena which made it to the final version of the game.

At this stage the game direction seemed very clear as what the final version would be like like. We now had everything we needed to finish the game.

Overall, we are very pleased with how the game turned out. It is realistic, physical, tactical and has lots of action. It has all the elements you would expect from a gladiator arena game.

The design process was long, and we had to change direction multiple times in order to deliver the final version. Now pick up your sword and shield and enter the arena to become champion!

The arena awaits you, gladiator! 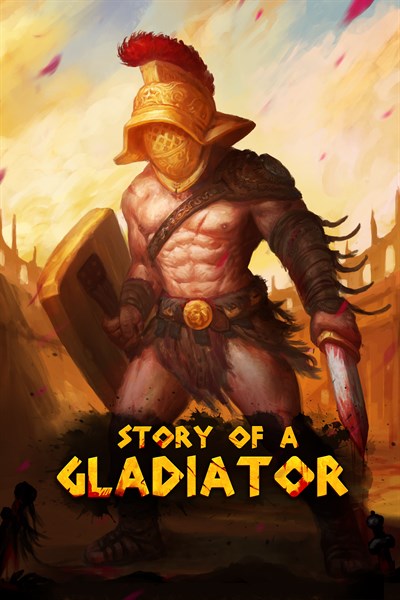 Story of a Gladiator

☆☆☆☆☆ 43
★★★★★
$10.99
Get it now
Story of a Gladiator is an arena beat 'em up where you take the role of a man who is in search of his destiny, only to find it in the sands of the colosseum. You are a common man who has lost everything in the wars with the roman empire. Your family is dead, your friends are dead, your house has been burned down and your land is now under roman rule. Despite such misfortune you have managed to escape slavery or worse… you spend much of your time in the streets of Rome looking for some sort of meaning in your life and wondering why the gods have spared you. One-day fate finally reveals itself, are you ready to accept it?