In case you don’t know They Are Billions yet, it’s a strategy game set in a distant future after a zombie apocalypse destroyed most of humanity. Now there are only a few thousand humans left alive that must struggle to survive under the threat of the infection. Billions of infected roam the world in massive swarms seeking the last living human colonies.

We released They Are Billions survival mode on Xbox One last July and since then we’ve been hard at work to bring the campaign too. As we did this, we took the opportunity to tweak and refine the gamepad controls to provide a far more enjoyable experience. You will also find a new contextual quick help system now that will guide you as you start your survival quest.

If you’re a fan of real-time strategy games and you like zombies, this is a game you can’t miss. But be warned, it’s addictive, it’s bloody, it’s contagious, and it’s already here. Will you survive? 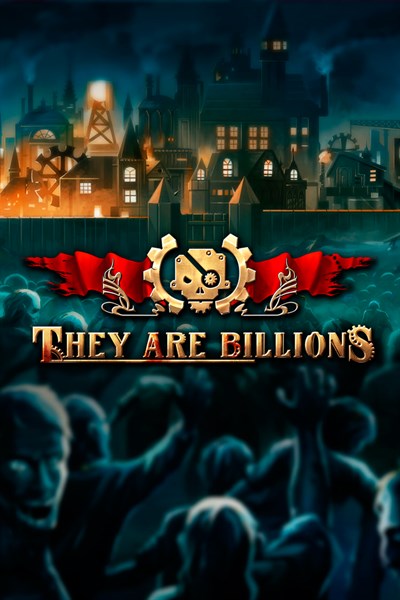 ☆☆☆☆☆ 189
★★★★★
$29.99
Get it now
They Are Billions is a Steampunk strategy game set on a post-apocalyptic planet. Build and defend colonies to survive against the billions of infected that seek to annihilate the few remaining living humans. Can humanity survive after the zombie apocalypse? Campaign: The New Empire – Available now! Highlights: – Real time with pause and thousands of units on screen – Campaign with 48 missions, more than 60 hours of gameplay *Destroy the swarms of infected with the Imperial Army *Make your colonies evolve with more than 90 available technologies *Explore the ancient human fortresses with your Hero – Survival strategy game with randomly generated maps – Weekly Challenge with Leaderboard – Mouse and Keyboard Support Be prepared to resist the attack of huge swarms of up to 20,000 infected, don’t let them take over your colony!