‘Tis the season to be jolly, coming home to a nice cup of hot chocolate as snow gently falls behind the windows… Time for something that feels like it’s always been there and puts joy in each of us. It’s the holidays, and holidays are for the classics.

Celebrate now by playing the first modern board game to be adapted on Xbox One: Ticket to Ride.

Ticket to Ride is a million seller board game revolving around trains. In the beginning of the 20th century, you must create your own railroad network to link specific cities across all of USA. The longer the route, the more points you will earn.

The original board game was released in 2004 by Days of Wonder, and on the very same year, its digital adaptation was launched as an online game before coming to smartphones and tablets in 2011.

Based on this history, it was only natural for us to develop this console version, which you can now play on Xbox One.

Of course, as the community has grown larger, expansions and new maps for the game were released, and for a new kind of challenge you can try 10 different maps, with the action taking place in other parts of the world and new rules for each map!

The Nordic Countries DLC is free to download from the Microsoft Store and I can’t think of a more perfect map for the holidays.

All aboard! Ticket to Ride is now available on the Microsoft Store for Xbox One. 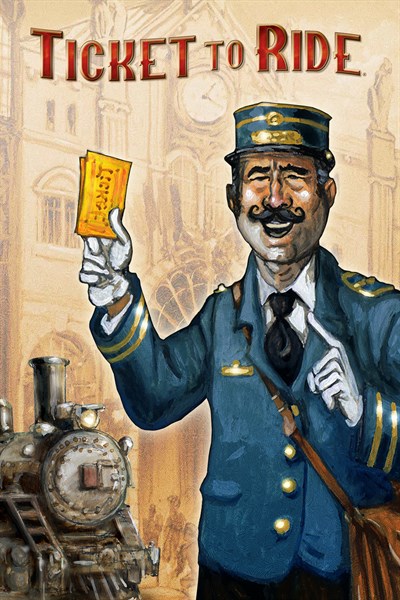 ☆☆☆☆☆ 477
★★★★★
$19.99
Get it now
CONNECT MORE THAN JUST CITIES Re(discover) Ticket to Ride, the classic boardgame. In this railway adventure, you’ll need to be the quickest to link up your cities and reach your destinations. In this strategy game for all ages, try out different tactics, block your competitors’ lines and take over routes before the others do. With so many different strategies to try, each new game is a unique experience. Travel the world from Europe to India, passing through the legendary China, facing new challenges by purchasing additional maps with their own special rules (available in expansion packs). Download “Nordic Countries” for free: take up new challenges and explore a totally new map! – A tutorial teaches you the rules of the game so you can head off quickly on your adventure – Play in single-player mode, online multi-player against Xbox players (Xbox One, PC) – This is the official adaptation of Alan R. Moon’s best-selling boardgame, Ticket to Ride, which sold over 10 million copies. – An easy-to-play strategy game – No game is ever the same, you can play over and over again – Discover a series of add-ons with special maps and rules