These are exciting times here at Dice! We’ve just released our reimagining of one of the most (oh, all right, the most) classic map in Battlefield history: Wake Island. Battlefield veterans will remember this Pacific battleground from Battlefield 1942 and it’s seen a few incarnations in other titles, too.

The design of this horseshoe-shaped classic has treated us to many frantic multiplayer matches throughout the years. Now, with the help of modern tech, we’ve been able to design Wake Island as we’ve always imagined it. Wake Island 2019 is larger, built for better pacing, and supports new Battlefield V features like Fortifications.

Wake Island features fights across land, air, and sea, but we thought we’d look closer at infantry combat specifically in this post. Here are a few pointers from our Level Designer Shashank Uchil on how to best play the four classes – Assault, Support, Medic, and Recon – when attacking or defending as the U.S. or Japan in this lush but hostile environment.

If left unchecked, enemy vehicles could quickly turn the tide of the battle of Wake Island. You don’t want that to happen! If you’re playing as Assault, prioritize taking out the numerous tanks and planes. Use gadgets like the Panzerfaust, AT Mines, and Sticky Dynamite to bring down tanks and stationary weapons like the AA Guns to rid the skies of aircraft.

Supports should prioritize building Fortifications to keep the enemy side’s tanks and transport vehicles in check. This is also a great class for holding the opposing team back using the trenches found across the map. Lay down suppressive fire with the mighty machine guns and you will be a great asset to your squad and team.

Naturally, keeping teammates alive and well is key to playing Medic, especially on such an intense map as this. Keep laying down medpacks and look for (safe) revive opportunities. Furthermore, Medics would be advised to switch between long-range and short-range weapons based on where they are. When moving between flags, it’s wise to swap to a long-range weapon, but while close to a control point and the close-quarter combat ranges found by it, choose a high rate-of-fire weapon.

Recons have one true love: the high ground! Playing as this class, you will find some form of tower near every flag on Wake Island. You can also climb the hotel, hangar, air tower, and fuel tanks to get a great view of the map. Be careful though – these locations are a primary target for other players, too.

There you have it! Whatever class you choose, we hope you have fun on Wake Island and that you (re)discover the frantic sandbox gameplay this timeless design caters to. 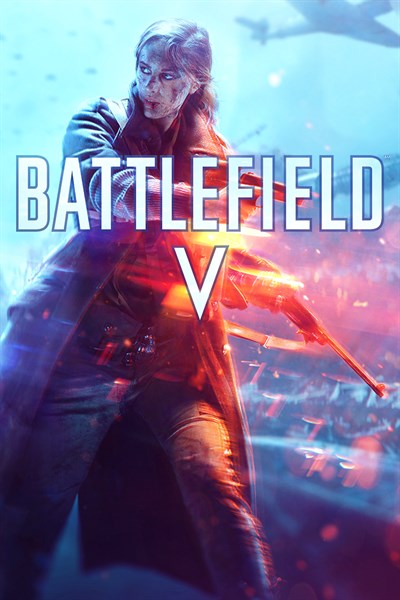 ☆☆☆☆☆ 2012
★★★★★
$39.99 $35.99
Get it now
Game contains In-Game Purchases Enter mankind’s greatest conflict with Battlefield™ V as the series goes back to its roots in a never-before-seen portrayal of World War 2. Take on physical, all-out multiplayer with your squad in modes like the vast Grand Operations and the cooperative Combined Arms, or witness human drama set against global combat in the single player War Stories. As you fight in epic, unexpected locations across the globe, enjoy the richest and most immersive Battlefield yet. Now also includes Firestorm – Battle Royale, reimagined for Battlefield. • Firestorm – Battle Royale, reimagined for Battlefield. Dominate on the largest Battlefield map ever with epic weapons and combat vehicles as a deadly ring of fire closes in. Scavenge, fight, and survive to become the last squad standing. • World War 2 as You’ve Never Seen It Before – Take the fight to unexpected but crucial moments of the war, as Battlefield goes back to where it all began. • 64-Player Multiplayer in the Chaos of All-Out War – Lead your Company in all-out multiplayer with new experiences like the massive Grand Operations mode. Take on classic modes like Conquest or squad up with friends in the cooperative Combined Arms. • The Most Immersive Battlefield Yet – Maneuver through the battlefield using a new soldier move set, fortifications, and mobile tools of destruction. • Play Untold War Stories – Witness human drama set against global combat in the single player War Stories. Ski down Norwegian mountains as you battle for control of nuclear weapon supply lines, join the frontline with the French colonial troops, or go behind enemy lines in North Africa with a band of misfits sent to create mayhem. • Tides of War – Embark on a journey where new content drops continuously transport you and your Company to a huge variety of key WW2 locations, where new battlefields and gear await. CONDITIONS AND RESTRICTIONS APPLY. SEE WWW.EA.COM/LEGAL FOR DETAILS. REFERENCE TO A PARTICULAR MAKE, MODEL, MANUFACTURER, AND/OR VERSION OF WEAPON, GEAR OR VEHICLE IS FOR HISTORICAL ACCURACY ONLY AND DOES NOT INDICATE SPONSORSHIP OR ENDORSEMENT OF ANY TRADEMARK OWNER.