Discover the Snow Day Festival event and what’s coming up in PvZ: Battle for Neighborville.

The future is now, Neighborvillians! It’s 2020 and, while we all assumed that robots would have taken over the world by now, the only artificial intelligence running rampant these days are those pesky zombies. So, grab your friends and juice up those electric roller skates as the battle for brainz rages on in Plants vs. Zombies: Battle for Neighborville!

With a new year here, fresh as a downy blanket of just-fallen snow, crisp as a frozen leaf of iceberg lettuce, orange as a fledgling rubber construction cone straight off the Z-Tech factory line, we’re bringing you a brand-new festival event to match: Snow Day.

Wander Giddy Park where the frosty snowdrifts are beginning to thaw. Work your way through the Snow Day Prize Map, using Prize Bulbs, and score epic hats, Victory Slabs, Punchers, emojis and more. Pick up chase items as you go, like the Cowmooflage Commander costume for Foot Soldier at the mid-way point, Legendary Millennium Dragon costume for Snapdragon at 100% completion, and the Snapdragon Legendary Century Dragon costume when you take a single path to the end of the map.

How do you earn Prize Bulbs? Get them by earning XP as you play any mode. You can also complete daily and character challenges to earn more. Once you’ve picked up your Prize Bulbs, access the Snow Day Prize Map by visiting Wing-Ding to the right of the multiplayer portal.

Curious what the rest of 2020 will bring? We’ve consulted Rose, our time-traveling enchantress from another era (who also smells fantastic, btw), and she’s uncovered a mystical glimpse into your future! Here’s what’s coming up over the next three months:

Rose also told us what will happen over the next 300 years, but we’ll save that prediction for another time. For now, enjoy Snow Day and be sure to stick around for more news from PvZ: Battle for Neighborville as the decade proceeds. 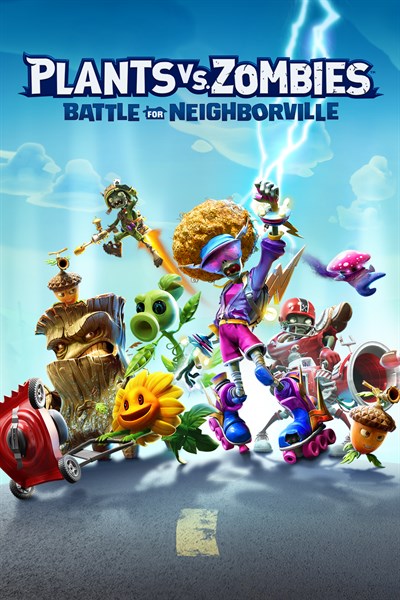 Plants vs. Zombies: Battle for Neighborville™

☆☆☆☆☆ 368
★★★★★
$29.99 $7.49
Get it now
Welcome to Neighborville, where all is well. Except that a crazy new coniferous conflict between brain-less and botanicals is brewing! What are you gonna do – call the crops? Soil your plants? Prepare to kick some grass in a plant-on-zombie conflict that will take you to the outer edges of Neighborville and back again. Customize Every Character for Battle Join the newest bloom in the age-old battle between plants and zombies with 20 fully customizable classes at launch, including a Team Play class for each faction. Bring the unique abilities of each character class to six PvP modes, including the new Battle Arena, and experience the unbeleafable thrills of combat. Venture to the Outer Edges of Neighborville The tension across the terra has expanded with three free-roam regions and one PvE mode that extend beyond the town of Neighborville. Squad up with up to three friends in the Giddy Park social region and take back Weirding Woods, Mount Steep, and Neighborville Town Centre. It’s grow time! Play with Your Favorite People, in Every Mode Join forces with other players to experience split-screen couch co-op in every mode. Connect with up to three players and battle through flourishing free-roam regions or jump into the fray with up to 24 players in online multiplayer across a gigantic suburban skirmish. Conditions and restrictions apply. See WWW.EA.COM/LEGAL for details.