As developer and designer,I started working on Hovership Havoc almost four years ago. It was originally just a mini-game in a much larger project I was working on at the time. I decided to scale things down and focus on one of my mini-games which was a top-down space shooter. I was playing a lot of roguelite permadeath games at that time so I knew I wanted to add in some of those characteristics as well. I really like that you can play those types of games in short or long sessions, so that was something I wanted to accomplish with Hovership Havoc.

Hovership Havoc has four hoverships to choose from, each with their own stats and main weapon. Every hovership is equipped with a speed burst ability which is extremely useful in defeating small enemies and dodging enemy projectiles. You will encounter randomly dropped abilities throughout the levels like homing missiles, drones, flamethrower, shields, lasers, and many more sci-fi abilities. Destroyed enemies will drop XP that you can spend to upgrade your hovership stats and abilities.

After progressing through the levels, you will encounter the boss battles. The boss battles let you use all your upgrades and abilities that you may have picked up, but as a twist, you play the game from a third person perspective.

I wanted to build a game that was challenging without being frustrating or impossible to complete. That is why I added a permanent progression system. That way you can earn XP as you play, to upgrade your hovership before you start a new playthrough.

I’ve always been a huge Xbox fan so I’m extremely excited to finally achieve my goal of releasing Hovership Havoc on Xbox One. I hope you are ready to hop in a hovership and wreak some havoc! 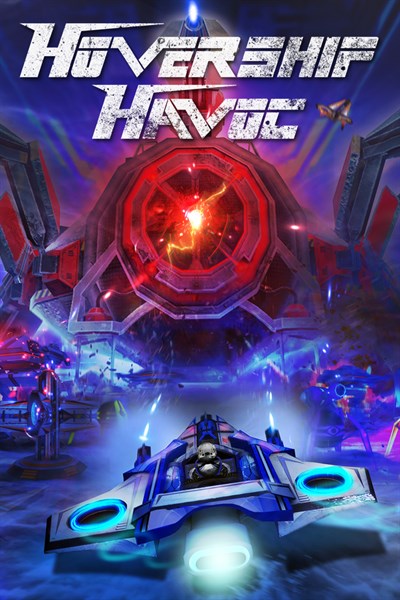 ☆☆☆☆☆ 19
★★★★★
$9.99
Get it now
Xbox One X Enhanced
Hovership Havoc is a sci-fi twin stick shooter with 3rd person boss battles. Blast through rooms of a futuristic robotic factory filled with robot enemies. Equip your Hovership with randomly dropped abilities and upgrade your stats during and before each playthrough.