Hello! It’s great talking to all of you. Pillars of Eternity II: Deadfire was a fun game to work on and now with it coming to Xbox One I wanted to give you a look into a bit of the process and work that goes into making just one boss fight for this game.

An encounter that I’m quite proud of is the Memory Hoarder fight in The Forgotten Sanctum DLC. As a producer I get a lot of joy out of seeing all the departments come together to build something and this fight is a great example of that.

John Cotto is the area designer who built the Collections wing of The Forgotten Sanctum. John had this idea of an area of the dungeon where the god Wael housed all their worldly collections. You would later come to find out most of those collections were living beings. In a brainstorming session Dylan Hairston (who did most of the audio design for The Forgotten Sanctum) and John thought of the idea of a giant abomination that was created to pacify everyone who was kept in the Collections. To keep them pacified this creature would scream into a complex system of tubes running through the Collections. Thus, The Memory Hoarder was born.

The design and art teams quickly decided that a creature whose primary function was to scream intelligent beings into a daze would need to possess countless mouths and faces. This creature, being a creation of the God of Dreams, Illusion, and Secrets quickly became a thing of nightmares. Meanwhile, environment art and audio were adding evidence of the tubes running through the dungeon and faint screams coming from them as you traversed it. This created some awesome foreshadowing as everything within the dungeon reminded you that there was something lurking at the bottom.

The best fights in Deadfire are the ones that require you to both manage the abilities that you’re using and the positioning of your party. Systems and QA continued to iterate on the fights in The Forgotten Sanctum every day. All of them would gather in a room and play the fights with different companions, talents, and equipment. There were a few choices that the team landed on that really made the fight interesting. They placed pacified cultists around the room that The Memory Hoarder could awaken to join the fight. This got the boss to walk around the room and bring waves of adds (more groups of enemies) into the encounter. This not only motivates you to reposition, but also different enemy types cause you to use different abilities to deal with them. The boss would also call down damaging area of effect attacks in the room. The unsafe areas on the ground, combined with slog zones pushes you to really think about where to move your party members next.

With all these abilities how could you have any chance against a boss like this? Let’s talk strategy! It’s always fun when we’re building a fight to try to find the ways that we think you will handle the encounter. Usually for every strategy we find, there are three more that all of you come up with. With the Memory Hoarder ranged attacks are your best friend. The Memory Hoarder has strong melee attacks but can’t do much at a range as long as you stay out of the big damage areas that show up on the ground. This can be difficult due to most of the floor being a slog zone. In addition to a lack of range the boss is very slow. This is where Island Aumaua shine with their ability to run through the slog zone with ease. Maia is great here with her flying animal companion and her ability to move at a range and attack with ease. I can’t tell you how many times I’ve seen players just barely complete this encounter with Maia as the last combatant standing. Thanks a ton for taking the time to check out Deadfire and I’m really excited for it to come to Xbox One! 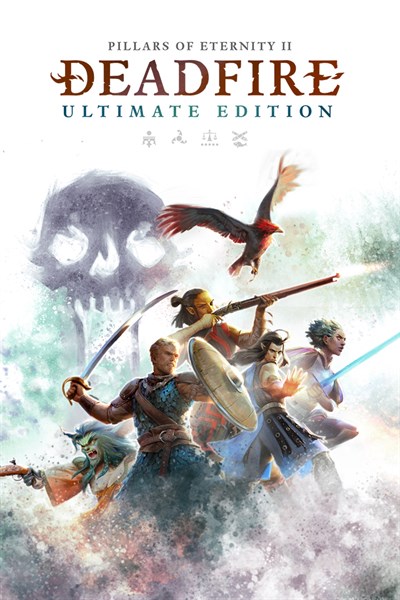 ☆☆☆☆☆ 225
★★★★★
$59.99 $47.99
Get it now
Xbox Game Pass
The award-winning RPG from the masters at Obsidian Entertainment finally arrives on Xbox One, featuring all major updates and expansions. The god Eothas awakens from his slumber, killing you and stealing a piece of your soul. Now resurrected, it is up to you and your companions to use magic, gunpowder, and steel to uncover the rogue god's machinations as he tramples across the Deadfire Archipelago. Bend the world to your will as you explore the depths of infinite possibilities, including detailed character customization, total freedom of exploration, and more meaningful choices at every turn. Featuring an enormous open world, a massive cast of characters, and a story you can play your way, Pillars of Eternity II: Deadfire Ultimate Edition redefines the role-playing game experience for a new generation. • Play in either Turn-Based Mode or Classic Real-Time with Pause: Immerse yourself in a deeper single player RPG game experience – now with both classic real-time with pause and new turn-based combat, Deadfire builds on the foundation of classic tabletop gameplay more than ever before. • A massive adventure: Over 100 hours of gameplay per playthrough. • Play however you want: Detailed character creator character and over 1000 class permutations gives you the freedom to be whoever you want. • Gather your party: Build your party and customize your companions to join you on your quest. Assign multiple classes and deeper abilities for each. Witness their personal relationships, reactions to player choice, and interactions with each other unfold. • Beast of Winter DLC – heed the call of Vatnir, a priest of the god of death, to halt the tide of destruction encroaching upon the living. • The Forgotten Sanctum DLC – battle your way through the bowels of a vengeful, sleeping god. • Seeker, Slayer, Survivor DLC – Triumph or die in the Crucible of Kazuwari, where only the mighty reign.