Confront or embody true evil with the new legend Revenant, try out a deadly new sniper rifle, and avoid destruction as Hammond Robotics’ Planet Harvester wreaks havoc in Apex Legends Season 4 – Assimilation. Summon your courage and prepare to drop in on Xbox One!

Revenant swore he would hunt down everyone who did this to him, but more than two centuries have passed, and they’re all gone… or so he thought. The return of Hammond Robotics to the Outlands has renewed his thirst for vengeance, and he won’t stop until anybody connected to Hammond is dead. Of course, he doesn’t mind eviscerating a few of the legends along the way. He used to need a reason to kill… but he’s not that man anymore.

Strike from the Shadows with the Sentinel

Take aim with the Sentinel, a bolt-action sniper rifle that lets you shut down enemies before they even see you. Deadly at medium-to-long range, the Sentinel is a relatively quick-firing precision weapon. Make short work of enemy shields by charging before you shoot. Use this powerful ability with care, however, as charging consumes a shield battery from your inventory. If you have the skill to pick out your opponents from across the map, you’ll be able to take them out before they know what hit them.

Battle Pass is back with a ton of new goods for Season 4. Instantly unlock free exclusive legendary weapon and legend skins. Then battle through daily and weekly challenges for your chance to earn:

Only the Best will Survive

That’s just a taste of what’s to come in Season 4 – Assimilation. Prepare for Ranked Series 3 with a fresh set of rewards and a new “Master Tier.” Look out for the arrival of the world-shattering Planet Harvester and get ready for more limited-time modes and events. And don’t think you’ve seen the last of King’s Canyon, either.

Play Apex Legends for free now on Xbox One and we’ll see you in the Arena! 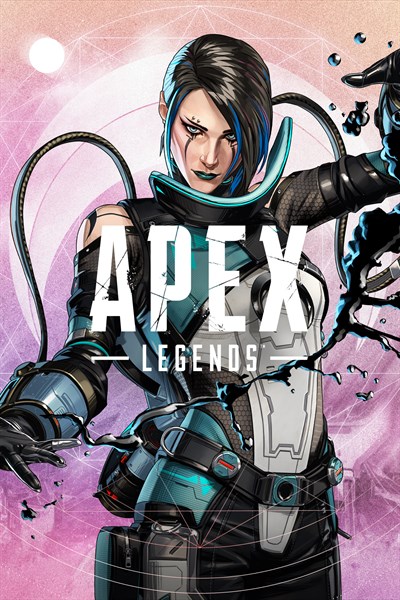 ☆☆☆☆☆ 2001
★★★★★
Get it now
Xbox One X Enhanced
Contains in-game purchases. Conquer with character in Apex Legends, a free-to-play* Hero shooter where legendary characters with powerful abilities team up to battle for fame & fortune on the fringes of the Frontier. Master an ever-growing roster of diverse legends, deep tactical squad play, and bold new innovations that go beyond the Battle Royale experience—all within a rugged world where anything goes. Welcome to the next evolution of Hero Shooter. KEY FEATURES: A Roster of Legendary Characters – Master a growing roster of powerful Legends, each with their own unique personality, strengths, and abilities that are easy to pick up, but challenging to truly master Build Your Crew – Choose your Legend and combine their unique skills together with other players to form the ultimate crew. Strategic Squad Play – Whether you're battling on a massive floating city in Battle Royale or dueling in close-quarters Arenas, you'll need to think fast. Master your Legend's unique abilities and coordinate with your teammates to discover new tactics and powerful combinations. Innovative Combat – Master an expanding assortment of powerful weapons and equipment. You'll need to move fast and learn the rhythms of each weapon to get the most of your arsenal. Plus change it up in limited-time modes, and get ready for a boatload of new content each season. Ever-Expanding Universe – Apex Legends takes place in an immersive universe where the story continues to evolve, maps change each season, and new Legends keep joining the fight. Make your mark on the Apex Games with a multitude of distinctive outfits and join the adventure! This game includes optional in-game purchases of virtual currency that can be used to acquire virtual in-game items, including a random selection of virtual in-game items. *Applicable platform account and platform subscription (sold separately) may be required. Persistent internet connection and EA account required. Age restrictions apply. Includes in-game purchases. Conditions and restrictions apply. See www.ea.com/legal for details.