Today, we’re happy to announce that Cruz Brothers is coming to Xbox One! The whole team from DCF Studios is excited to bring the game to Xbox in its best shape and form with Cruz Brothers – Combat School Edition.

Cruz Brothers’ concept was born around 2015, grounded in the boxing world. Based on the life story of a great boxing coach from Brazil, Marcus Luz, who helped prepare great names from the fighting world such as José Aldo and many others. His main fighters are two young brothers that entered the fighting world through Marcus` teaching. Felipe Cruz, the older brother and owner of many MMA titles from his division in Brazil (and a former ACB fighter), and Igor Cruz, the youngest national boxing champion.

We translated their life story into a fictional drama element that drives the story mode. The fight mechanics are also based in their boxing and MMA fighting techniques. But, as our goal was never to create a boxing simulator, classic moves from arcade fighting games are in there too. With the singular purpose: to have an extremely fun fighting game.

We used to say that Cruz Brothers mixed fantasy with reality, which remains true. But we got deeper into the fantasy realm and submerged the game’s context into something much broader. Players can learn more about this fictional universe unlocking the DCFU (DCF Studios Gaming Universe) cards. When fully unlocked, details about this alternative reality will emerge.

Therefore, what started based on a boxing match became a part of a whole new reality, created from our team’s most creative minds. And we couldn’t be happier to release this for Xbox One players from around the world. 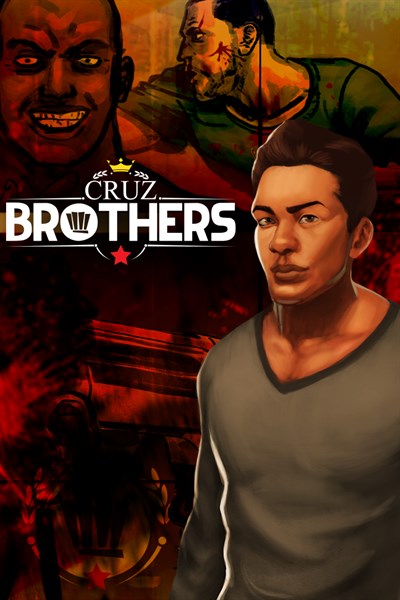 ☆☆☆☆☆ 45
★★★★★
$9.99
Get it now
Hello fighters from around the world! Are you ready for some adrenaline-pumping fighting action? A tale of blood, sweat and tears is ready to unfold before you – Cruz Brothers, the dramatic fast-paced hand-drawn Fighting Game newest version is here! The newly implemented mechanics made the fighting system a whole new challenge! Camps Edition Included In Cruz Brothers, all UPDATES from year one, are included in the game’s full price. Our most important Upgrades will be referred as “Training Camps“, each with it’s own theme and purpose. Some CAMPS will update the game’s functionality, others the mechanics. Of course, there will be CAMPS that will add a whole new extra content!