Japan, 1988. A time of unparalleled excess and indulgence brought on by massive inflation in the country’s stock prices and real estate values. On the surface, it’s a nonstop party; extravagant meals, disco dancing, top-shelf liquor flowing like water, fortunes made and spent on a nightly basis by people seemingly without a care in the world. All that glitz and glamour was bound to cast shadows, and the darkness of peoples’ greed began to permeate beneath the surface.

This is the setting for Yakuza 0. It’s a deeply human story fueled by action, drama, a wide cast of loveable (and more than a few… not-so-loveable) characters, along with a huge variety of hilarious sub-stories and mini-games that will have you saying “閃いた (hirameita)“ (translator’s note – means “That’s rad.”).

Another important note for series newcomers – Yakuza 0 is a complex narrative that takes place in a setting that many Western players may not be familiar with. Our internal localization team has put special care into making sure that Western fans can understand and enjoy all the game’s nuances in English as much as they would in the original Japanese, and we’re particularly proud of our localization of Yakuza 0. Be sure to let us know what you think when you get a chance to dive into the game yourself!

We here at Sega are thrilled to finally introduce players on Xbox One to the world of Yakuza, beginning with Yakuza 0. Yakuza is a series that must be experienced firsthand to truly understand it, and we’re happy to say Yakuza 0 is now finally available with Xbox Game Pass, Xbox One, and Windows 10 PC. 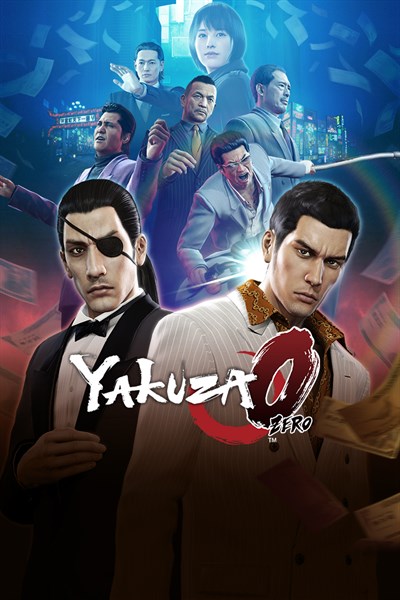 ☆☆☆☆☆ 363
★★★★★
$19.99
Get it now
The glitz, glamor, and unbridled decadence of the 80s are back in Yakuza 0. Fight like hell through Tokyo and Osaka with protagonist Kazuma Kiryu and series regular Goro Majima. Play as Kazuma Kiryu and discover how he finds himself in a world of trouble when a simple debt collection goes wrong and his mark winds up murdered. Then, step into the silver-toed shoes of Goro Majima and explore his “normal” life as the proprietor of a cabaret club. Switch between three different fighting styles instantaneously and beat up all manner of goons, thugs, hoodlums, and lowlifes. Take combat up a notch by using environmental objects such as bicycles, sign posts, and car doors for bone-crunching combos and savage take-downs. Fighting is not the only way to kill time in 1988’s Japan: from discos and hostess clubs to classic SEGA arcades, there are tons of distractions to pursue in the richly detailed, neon-lit world.