Today, we welcome Ori fans on a brand new adventure through the Forest of Niwen as Ori and the Will of the Wisps celebrates its worldwide release with Xbox Game Pass and for Xbox One, Windows 10 PC and Steam! We’re incredibly proud of the game we’ve created and couldn’t be more excited to deliver a spectacular new adventure to fans both old and new on the journey to unravel Ori’s true destiny.

“Ori and the Will of the Wisps is a game that everyone at Moon Studios has poured their hearts and souls into developing over the last five years so that our community can play the best version of the game possible,” said Thomas Mahler, Co-Founder of Moon Studios. “We believe we’ve delivered on that promise to players and are looking forward to the response from the community.”

Players embarking on Ori’s new adventure will become immersed in the beautiful visuals that the Ori series is known for, all with musical scoring composed by award-winning composer Gareth Coker. Along Ori’s journey, an improved combat system with new spirit weapons, skills, and a new shard system allows players to customize Ori’s powers in a unique way, making each playthrough unique. Meanwhile, players will be faced with larger-than-life enemies that deliver a brand-new sense of intense battles to look forward to that truly test Ori’s combat mettle. To top it off, players can customize the challenge they face, choosing from Easy, Normal and Hard modes and swapping their Spirit Shard loadout to complement their playstyle. Ori and the Will of the Wisps is truly a one-of-a-kind adventure that everyone can enjoy.

Yesterday, we teamed up with the San Diego Zoo Safari Park to celebrate the game and its characters with a special livestream event and reveal of the name you helped choose for the Park’s soon-to-hatch burrowing owl: Kuro! Keep an eye on the Mixer Burrowing Owl pop-up channel as hatching day for Kuro approaches! Yesterday’s Ori and Will of the Wisps livestream from the San Diego Safari Park supported the San Diego Zoo Institute for Conservation Research and their amazing Burrowing Owls Program. You can show your support for the zoo’s burrowing owls by donating to the Institute on Tiltify.

What’s more, today, iam8bit, in partnership with Microsoft and Moon Studios, announced that Ori and the Blind Forest and sequel Ori and the Will of the Wisps game soundtracks are coming to vinyl! In celebration of the launch of Moon Studios’ Ori and the Will of the Wisps today on Xbox One and Windows PC, each soundtrack will be released as a two-disc vinyl set and are now available for pre-order on iam8bit.com for $39.99 each.

Xbox Game Pass Ultimate is the perfect way to experience Ori’s next adventure on Xbox One and PC starting on day one, and you can get your first month for just $1. In addition to Ori and the Will of the Wisps, Xbox Game Pass Ultimate members have all the benefits of Xbox Live Gold and access to a library of over 100 high-quality console and PC games, including Ori’s first adventure Ori and the Blind Forest. For more information on which Xbox Game Pass membership is right for you check out XboxGamePass.com.

Games play best on Xbox One X and Ori and the Will of the Wisps is no exception. Starting today, players can lose themselves in the immersive and beautiful world of Ori and the Will of the Wisps with HDR and in true 4K running at 60 fps on Xbox One X, now at its best value price ever for $399 USD. We’re always looking to give players more value, and there’s never been a better time to join the Xbox One family with Xbox One X. 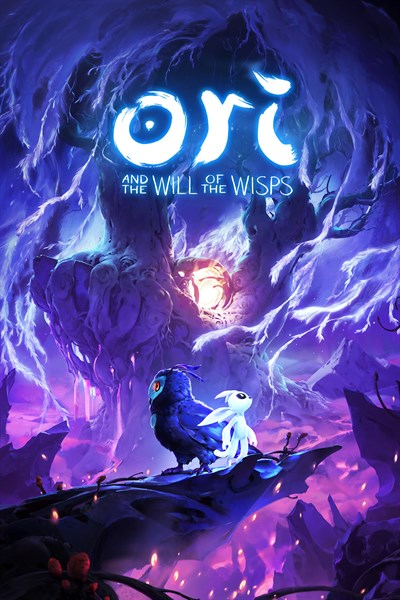 Ori and the Will of the Wisps

☆☆☆☆☆ 360
★★★★★
$29.99 $23.99
Get it now
Xbox One X Enhanced
PC Game Pass
Xbox Game Pass
Discover Ori’s true destiny Embark on a journey in a vast, exotic world where you’ll encounter towering enemies and challenging puzzles on your quest, in the must-play sequel, fully optimized for Xbox Series X and Xbox Series S. The little spirit Ori is no stranger to peril, but when a fateful flight puts the owlet Ku in harm’s way, it will take more than bravery to bring a family back together, heal a broken land, and discover Ori’s true destiny. From the creators of the acclaimed action-platformer Ori and the Blind Forest comes an adventure through a beautiful world filled with friends and foes that come to life in stunning, hand-painted artwork. Set to a fully orchestrated original score, Ori and the Will of the Wisps continues the Moon Studios tradition of tightly crafted platforming action and deeply emotional storytelling. Immerse yourself in a hand-crafted narrative experience. • Strikingly beautiful environments – Explore a vast, exotic, and breathtaking world in 4K and HDR on Xbox Series X, Xbox One X and Windows 10. • Emotional and engaging story – Unravel Ori’s true destiny in this hand-crafted story driven adventure featuring a stunning soundtrack. Master unique skills. • Weapons and attacks – Wield spirit weapons, spells and skills offering dynamic combat mechanics to the world of Ori. • Shard System – Power-up Ori’s abilities and customize your style of play. Face epic enemies and challenging puzzles. • Larger-than-life bosses – Encounter towering enemies and thrilling escape sequences. • Colorful characters – Seek help from an expansive cast of characters who will help you uncover Ori’s mysterious fate. Experience thrilling modes. • Spirit Trials – Race to the top of the leaderboards in exciting speed-run challenges throughout the game. • Spirit Shrines – Face increasingly challenging waves of enemies in timed trials to collect rewards. Optimized for Xbox Series X. • 4k HDR Locked 120 FPS: Experience Ori platforming with incredible smoothness and instant input response while maintaining sharp and vibrant HDR image on the Xbox Series X. Xbox Series S will deliver 1080p HDR at locked 120 FPS as well! • Dynamic high-fidelity Audio with Convolution Reverb: Experience Ori’s soundtrack and gameplay at the highest quality assets with increased dynamic range, advanced real time mixing and ambience with convolution reverb, previously not possible in real-time. Available on both Xbox Series X and S. • Reduced in Game Load Times: Ori game modes load significantly faster with the custom SSD in the Xbox Series X|S. • Quick Resume: Seamlessly switch between multiple different titles and resume instantly from where you left off. • Xbox Smart Delivery: Buy Ori and the Will of the Wisps for your console and download the optimized version for your Xbox device for free. ORI AND THE WILL OF THE WISPS IS A MUST PLAY*: • 98/100 GAMESBEAT “…an exhilarating, emotional masterpiece” • 9.5/10 GAMEINFORMER “the story is fantastic, the world is breathtaking” • 9/10 IGN “the best praise you can give a sequel” • 9.5/10 DESTRUCTOID “An early defining moment of the decade to come” • 4.5/5 WINDOWS CENTRAL " Sensational and mind-blowing…" • 90/100 GAMERS HEROES “Ori and the Will of the Wisps is a game of passion, made from the heart.” • 9/10 PRESS START AUS “its final act will fill your heart and have it bursting with joie de vivre.” • 9/10 AUS GAMERS • 9/10 EUROGAMER ITALY • 91/100 GAMESTAR.DE • 90/100 ATOMIX • 5/5 HARDCORE GAMER • 9.4/10 VANDAL • 9/10 VIDEOGAMER • 5/5 DAILY STAR : “a finely-crafted, emotional masterpiece that elevates the Metroidvania genre • 9.2/10 MERISTATION • 9/10 GAMESPEW “Ori and the Will of the Wisps is perhaps the most beautiful game I have ever played.” • 9.8/10 THE GAMES MACHINE • 4.5/5 SCREEN RANT “A Spectacular Sequel” • 9.5/10 EASYALLIES “It’s an exceptional game that you don’t want to miss.” • 9.2/10 GAMERSKY • 4.5/5 TWINFINITE “A Magical Metroidvania Adventure” • 94/100 COGconnected *Review scores and quotes reference Windows PC and/or console versions of the game. Source Metacritic.com 03/17/2020