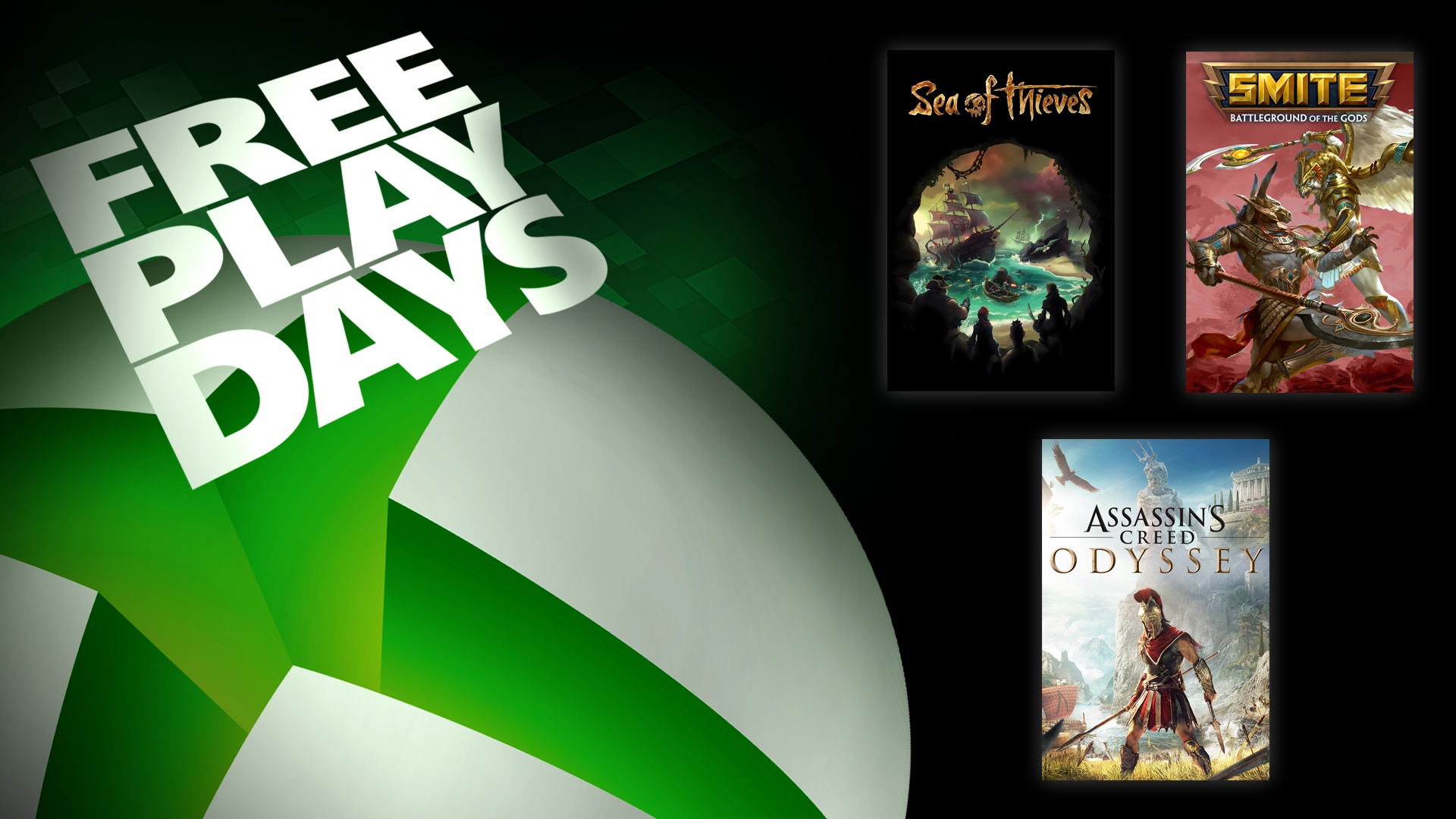 Free Play Days is here again with an incredible lineup! Carve your own pirate legend in Sea of Thieves,write your own epic tale in Assassin’s Creed Odyssey, and flex your divine power in Smite. Xbox Live Gold members can play for free from Thursday, March 19 at 12:01 a.m. PDT until Sunday, March 22 at 11:59 p.m. PDT. Xbox Game Pass Ultimate members, be sure to play this weekend as there’s lots in store for you as well!

And special for this weekend is a big discount on the acclaimed Assassin’s Creed Odyssey. If you like what you’ve played and want to keep the fun going, purchase the game and other editions at a limited time discount and continue playing while keeping your Gamerscore and earned achievements (discount percentage can vary by region).

Sail through storms, explore ancient temples, grapple with krakens and uncover treasure in a vast shared world, either sailing solo or crewing up with other players. There’s plenty of loot up for grabs, and any pirate who plays Sea of Thieves during Free Play Days will receive the coveted “X-Marks-the-Spot” Eye of Reach. Got Xbox Game Pass? You’ll be able to snag a celebration emote to express yourself in-game, and Ultimate subscribers will also unlock a ship design inspired by Ori and the Will of the Wisps. Whether you’re new to the seas or an experienced plunderer, you won’t want to miss out!

Forge your destiny as a legendary Spartan hero in the lush world of Ancient Greece. From the height of snowy peaks to the depths of the Aegean Sea, explore this iconic period from antiquity as it lies on the brink of tearing itself apart. Show off your warrior abilities in large-scale battles, fight through naval fleets, and uncover hidden treasures in an ever-changing world that is shaped by your choices. This is the first inclusion of Assassin’s Creed Odyssey to Free Play Days, plus Ezio’s Roman Set will be unlocked through Ubisoft Club to those who play this weekend.

Smite is a free to play unique multiplayer online battle arena game that puts you directly into the action with its third person perspective. Available exclusively for Xbox Live Gold members, all 100+ legendary Gods are unlocked and free to play this weekend. You can travel through the Bifrost as Heimdallr the Vigilant, master weapons as Mulan, The Ascendant Warrior, and more.