Join in on some lighthearted — but oh-so competitive — battles in World of Warships: Legends. This year’s April Fool’s event runs from March 23 to April 13, giving players the chance to prove their skills in the Duck of War game mode.

Starting today, players can access the special Duck of War game mode. In Duck of War, daring captains will compete against each other in a no-holds-barred, 12-way free for all. To spur on the competition, successful captains will earn “ducks” and climb the Duck of War leaderboard. There are special rewards for reaching the top, such as a unique patch for the top 10% of captains on the leaderboard. The scores will reset each week of the event to allow captains multiple opportunities to reach the top. Each week the rewards will change too, make sure not to miss them!

This April Fool’s event arrives just after the release of the Russian Navy in World of Warships: Legends. The new cruisers leading the Red Navy have brought tremendous long-range firepower to the game, further developing gameplay. The Russian destroyers are available in early access as well, due to arrive in full next update.

The seven new Russian and Soviet cruisers form the backbone of the Red Navy tech tree. Lightly armored but heavily armed, these cruisers play much like traditional glass cannons. They cover a large period in Russian naval history, from 1900 into the Cold War but share familiar characteristics from Tier III onward. The Soviet cruisers are at their best pelting enemy ships from a distance and racking up the damage, but also have a few tools to help them at close ranges. Dealing damage is their specialty, don’t get caught out of position in front of them! With April Fool’s and new ships in-game, World of Warships: Legends keeps going strong. 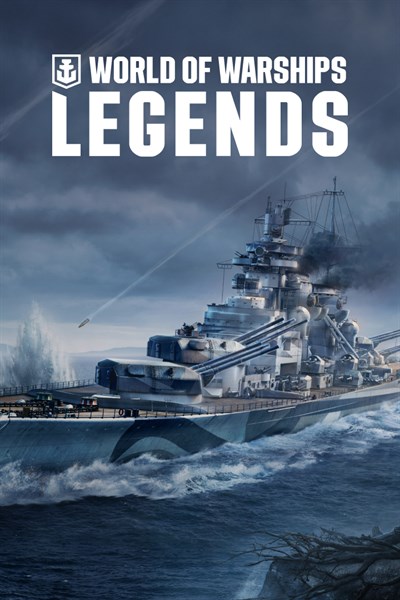 ☆☆☆☆☆ 437
★★★★★
Get it now
Experience epic naval action in World of Warships: Legends—a global multiplayer free-to-play online game in which you can conquer the seas on the decks of history's greatest warships! Recruit Legendary Commanders, upgrade your vessels, and stake your claim to naval domination alongside and against players from around the world. CHOOSE YOUR COMBAT STYLE Take control of over 350 destroyers, cruisers, battleships, and aircraft carriers—a range of ships that's perfect for every playstyle, whether it's an all-guns-blazing approach, more careful and methodical attacks, or tactics that are unique to you. FREQUENT UPDATES New content in form of ships, Campaigns, events, Bureau Projects and more arrives regularly! Each update brings new features to shake things up in the game. FEATURE RICH Develop Legendary vessels such as Yamato from the ground up in the Bureau, finish epic Campaigns to gain exclusive patches and powerful new ships, and compete in Ranked Battles Seasons for a ton of rewards! TURN THE TIDE IN EPIC 9V9 BATTLES Join forces with friends to challenge players around the world, and work together across consoles to devise strategies and plan attacks via voice chat. Cooperate to outgun your opponents and Turn the Tide of battle! World of Warships: Legends features loot boxes known as "containers" and "Crates." These provide various items to boost your in-game progress.