A good psychological horror game should have scares that linger long after you’ve put down your controller. Eerie sounds, lighting, and well-placed jump scares all contribute to creating this kind of a memorable experience, but for Moons of Madness we have also used several other methods to create a unique and terrifying atmosphere.

First and foremost, we had to create the right backdrop. There is no hiding that H.P. Lovecraft has been a big influence for this project. His stories about supernatural cosmic horrors that inflict insanity and feelings of helplessness upon its victims serve as an inspiration and can be seen in the narrative, environment, and mechanics.

However, as a contrast to Lovecraft’s famed archaic style and setting, we set the stage on Mars in the not too distant future. Assuming the role of Shane Newehart, a technician stationed on a research facility on the Red Planet, you awaken from an ominous dream to go about your daily tasks. When things start to go wrong and you come to the realization that your nightmare is about to come true, being stuck on Mars leaves you with little choice. You must face this terror head-on.

For scientific realism, we looked at NASA-reports, as well as the Andy Weir novel “The Martian.” Many of the tools and equipment seen in-game are based on what astronauts would use, and this level of realism is important to increase believability and immersion.

Wait… What Was That Sound?

We’ve gone about using a combination of both psychological and visceral horror. Hallucinations, atmospheric settings, haunting sounds and unexplained mysteries set up a terrifying premise that keeps the player on edge. Moments of mutated monsters, black ichor and decay, writhing tentacles and fleshy aesthetics act as the payoff.

Walking through a seemingly empty hallway, minutes after having experienced something terrifying will automatically heighten your senses. But since you cannot see anything out of the ordinary, your ears will try to pick up on the faintest of sounds. A drop of water hitting the ground, inexplicable creaking, something resembling footsteps… We have gone to great length to ensure that the music, sound effects and lighting compliments the narrative and delivers exactly the kind of atmosphere we wish to convey.

Playing with Your Mind

Moons of Madness puts a unique spin on the madness theme with the zone-out mechanic. A zone-out is a hallucination comprised of events from Shane’s past, things that will happen in the future, and information about things that should be impossible for him to know. These events bend the player’s perception by making them question what is real and what is not.

Through this mechanic, players can explore the Shane’s subconscious and discover background details of the game world and its characters. These events serve as foreshadowing and to also display the condition of Shane’s faltering mental state.

Lastly, scares wouldn’t be as effective without providing the player with a level of comfort and empowerment. To this end, scary moments are broken up with puzzles, exploration and discoveries. These give players a reprieve from the tension as well as provide new game mechanics, upgrades to previous mechanics, and revelations in the story. 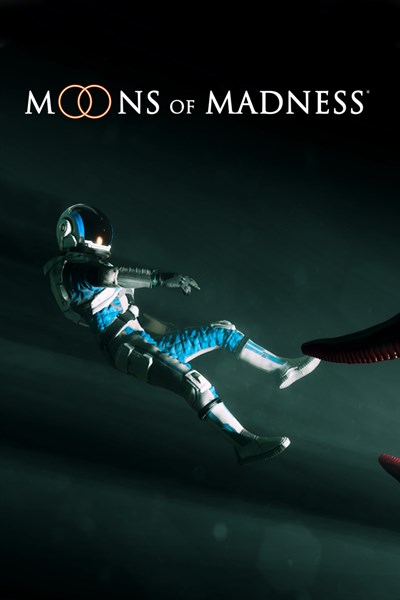 ☆☆☆☆☆ 96
★★★★★
$29.99
Get it now
Xbox One X Enhanced
A mysterious signal has been recorded coming from the red planet. The message confounded Orochi scientists. Their analysts broke it down and determined it was of intelligent origin. Orochi management immediately concluded that the discovery was too sensitive for public knowledge and moved to keep it hidden. In secret, the corporation began construction of Trailblazer Alpha, a state-of-the-art Mars research outpost designed to identify the true nature of the message. You are Shane Newehart, an engineer stationed at Trailblazer Alpha and your security clearance means you are completely unaware of the existence of the mysterious signal. Your job is simply to keep the lights on until the transport ship Cyrano arrives bringing with it a new team to take over your duties. Soon you discover strange and unusual setbacks. Crucial systems are malfunctioning, the greenhouse is filled with a strange mist and the rest of your team has yet to return from their EVA mission. Things are starting to fall apart. You begin seeing and hearing things that aren’t there. Visions, hallucinations – or is that even what it is? Is this real… or are you slowly descending into madness? • Experience true cosmic horror With your only hope of rescue hundreds of thousands of miles away, you will be forced to explore the real-world fears of isolation and paranoia, enhanced with supernatural elements and cosmic horror. Terrifying visions and monstrous apparitions will make you question what is real and what is not as the very fabric of reality threatens to tear at the seams. • Explore the darker side of Mars Navigate a functioning Mars base in a game that uses non-fiction elements to immerse players in a believable setting. Overcome obstacles using computers, electrical systems, rovers, solar panels and more, then go beyond the outpost and explore the darker side of Mars. Moons of Madness draws upon the rich lore and mythology of Funcom’s Secret World Legends. Both games exist in the same thematic universe, but playing one is not a prerequisite to enjoy the other.