The ‘Unterzee’ is the name of the murky, underground ocean in developer Failbetter Games’ highly acclaimed Gothic RPG, Sunless Sea. It’s a vast, unforgiving realm and I wish I could say my maiden voyage on its mysterious waters had been a successful one, but it was not. It was a total disaster.

No sooner had I set sail from the port of Fallen London and my vessel was battered to death by a giant – and very unreasonable – crab. This unfortunate event was quickly followed by several more short-lived expeditions, all ending with the captain and crew sinking to the bottom of the big subterranean blue like very dead stones.

Each ill-fated tour of Sunless Sea’s bleak, briny world taught me a valuable lesson – the Unterzee can be a cruel, unforgiving place for new captains. So, now that Sunless Sea: Zubmariner Edition has arrived on Xbox One, here are some valuable pointers to help steer you on a steadier course for survival.

As you may have deduced already, your first forays in Sunless Sea will almost certainly end badly for you i.e. you will die. And while it does, admittedly, seem a little weird to be offering ‘embrace death’ as a survival tip, it doesn’t alter the fact that dying brings its own valuable lessons that will, ultimately, increase your chances of survival on subsequent voyages. In the long-run, dying can save your life.

Think of your initial and inevitably ill-fated attempts as rehearsals. With this in mind, don’t worry too much about taking time to create your captains – choose the ‘Path Wreathed in Shadows’ option to get straight to a new adventure. If/when you do manage to keep a captain alive for a significant length of time, you can always build their character with ambitions and a backstory later in the game.

Save yourself! (with manual saves)

Highly recommended for first-time zee-farers is manual saving, which can be done in the options menu whenever you’re docked. Doing this activates ‘Merciful Mode’, which disables permadeath, so when you die it’s not a complete ordeal of having to start over again from scratch. You do lose an end of game bonus by saving manually, but seriously, when first setting out, only the foolhardiest captains would entertain the idea of permadeath.

If you insist on being a foolhardy captain who wants to dance with permadeath from the outset, it’s worth noting that when you do inevitably perish (and you will), you can at least choose some of the deceased captain’s stats, money or crew to carry over to your next voyage.

Get familiar with Fallen London

You begin each new voyage docked in Fallen London and it will be a frequent port of call throughout your adventure. It’s where you repair your ship; recruit new officers and zailors; buy and sell provisions and commodities; report to the Admiralty; and much more.

Before you even think of launching into the wide blue yonder, get well acquainted with the people and places of Fallen London. It will be time well spent.

Out on the Unterzee, premature daringness quickly leads to premature deadness. While you’re still wet behind the ears, be wary and play it safe. Don’t attempt to explore too far from the relative safety of Fallen London.

Ease yourself in with some low-risk tasks, such as gathering port reports for the Admiralty, or delivering goods or passengers to their requested destinations (opportunities like this can always be found in Fallen London when starting out). And pick your early battles carefully – get the feel for combat by practicing on low-level foes.

With its minimal hand-holding, strange terminology, and myriad systems and stats, Sunless Sea can, at times, feel a little daunting. If you’re struggling to wrap your head around certain aspects, take time to peruse the Gazetteer, which you can consult at any time by pressing ‘X’.

‘Advice For Captains’ (on the ‘Story’ tab), has plenty of vital information, and should be considered essential reading. Also, take note of the hover text that appears as you highlight different parts of the Gazetteer – it provides extra info on pretty much everything, from icons and items, to objectives and curiosities.

Good luck and may the winds of fortune sail you! 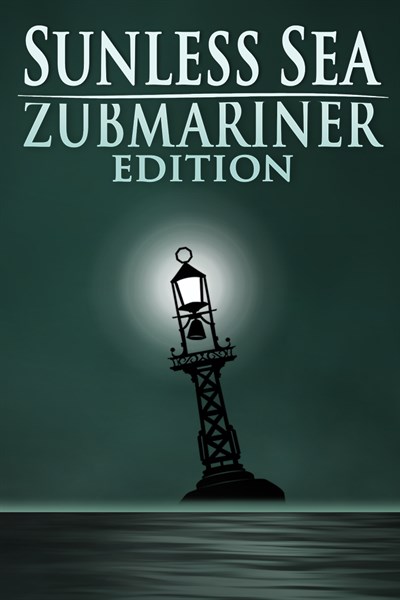 ☆☆☆☆☆ 32
★★★★★
$19.99
Get it now
LOSE YOUR MIND. EAT YOUR CREW. DIE. Take the helm of your steamship in a Victorian Gothic roleplaying game of discovery, loneliness and frequent death. Find your father’s bones. Determine London’s destiny. Defy the gods of the deep sea. Build up your story across generations of zailors who braved the sea and lost Real-time combat against ships and Zee-beasts, spider-crewed dreadnoughts and sentient icebergs Stray too far from civilization and your crew will grow fearful and eventually lose their sanity Upgrade your steamship with powerful engines, cannons and pneumatic torpedo guns Hire unique officers, each with their own story Discover the treasures the zee has claimed Choose a ship’s mascot Trade or smuggle silk and souls Sunless Sea: Zubmariner Edition includes the base game and the extensive underwater expansion.