Elite Dangerous has always been so much more than a galaxy-exploring title. Sure, the game offers a digitized 1:1 model of our galaxy extrapolated from actual scientific data with more than 400 billion stay systems to explore to your heart’s content, but that only represents the starting point; the canvas Elite Dangerous lays down for you and where you are allowed to lead the life you wish to pursue within such a sprawling environment.

The core experience of Elite Dangerous is to grant players the freedom to become the kind of spacefaring adventurer they always dreamed to be, and millions of Commanders have since carved their names through the galaxy as merciless bounty hunters, entrepreneurial traders or sly smugglers. However, they all have something in common: the boundless urge to explore the many wonders and perils the galaxy has stored for them.

Now, Commanders from all around the world are returning to their ships and preparing for the next major Elite Dangerous milestone. The Fleet Carriers free update is upon us, and you can help fine-tune this major new feature before it launches in June 2020!

Running from May 11-26, the Elite Dangerous Fleet Carriers Xbox beta will introduce these majestic megaships. With a galaxy-spanning jump range of 500 light years and a 5 billion credits cost, Fleet Carriers represent magnificent endgame content for veteran players, empowering them with vessels able to reach the deepest, darkest corners of the galaxy.

Including new content in a long running game, especially one as expansive and far-reaching as Elite Dangerous, is not an easy feat. Any new additions need to be balanced against all other existing features, not only to make sure that they do not break the game from a technical perspective, but also to guarantee that other less evident aspects of the title (like the ingame economy or resource management) remain fun and under control.

This is even more vital when you are fortunate enough to have a highly committed and enthusiast community of players as we do in Elite Dangerous. Their incredible passion and encyclopaedic knowledge of the game is invaluable when it comes to playtest new features, and our Development and Community teams are paying very close attention to all feedback we receive from them. If you decide to jump in the Beta, make sure to share your views in the official Elite Dangerous forums, as we will be keeping a close eye on them!

While it is essential to keep the game fresh and fun for veteran Commanders, all the new content must be inspiring to newer players too! Fleet Carriers will not only be something they might aspire to acquire in the future, but an exciting gameplay opportunity to get involved in new adventures from day one. The Elite Dangerous community is very welcoming to new players, and it would not be hard for them to be acquainted with a proud Fleet Carrier owner who would allow them into their vessel before the next jump!

We cannot wait to see veteran and aspiring Commanders working together to reach the furthest corners of the galaxy when the Elite Dangerous Fleet Carriers Xbox beta starts on May 11. Make sure to secure your place in galactic history and sign on for the Beta now! In the meantime, get your starship ready and join in the conversation with the Elite Dangerous community on Twitter and Facebook. o7, Commanders! 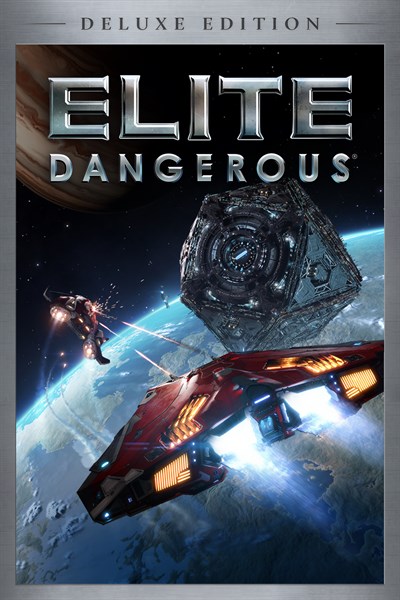