I always admired peaceful games, but found it very challenging to make one. The combat and rivalry is something that makes the game experiences exciting and I could not find a way around it. This has all changed when I started working on Merchant of the Skies, a peaceful trading game, back in 2019. My partner, Helen, was focusing on drawing cosy pixel art at that time. I wanted to make a strategic game. This combination resulted in our combined effort to create a wholesome economic game that would involve no hostilities. Now, on July 30, Merchant of the Skies is finally coming to Xbox One.

I did not approach the development of the game in a conventional manner. Surprisingly, the art style was the first thing that we figured out. It was the world that we want to live in. A floating islands in the clouds, together with mythical creatures that co-exist together with humans peacefully. The mechanics only came next. You start the game as a trader and explorer: taking quests, buying goods at lower prices and making profit from selling them at a higher price, visiting different types of islands and discovering new things.

The overworld map allowed to link smaller islands together, opening up more space for exploration. The fog that covers it goes away as you keep on exploring, uncovering new island types and objectives.

As you become wealthier, you are able to buy your own islands and establish your own production there. Later in the game, the caravans become available that allows to automate the trade and delivery part even further.

All of this is followed by a few of major campaign goals that move you towards making the world of Fieri a better place. The best part is that you can do this on your own pace since there is no rush.

Focusing on graphics first added a lot of constraints, but it also allowed us to create a much more focused game design that turned out into a wholesome gaming experience. I don’t know if I will ever be able to make a game like this one ever again, but I sure am going to try. Merchant of the Skies offers a relaxing experience combined with long-term planning and excitement from exploration. It is something that both of us are looking for in modern games. I hope you will get a chance to experience it starting on July 30 on Xbox One. 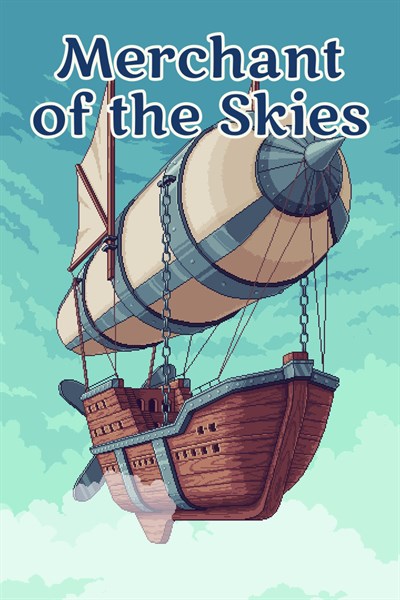 Merchant of the Skies

☆☆☆☆☆ 39
★★★★★
$14.99
Get it now
Free Trial
In Merchant of the Skies you're the captain of an airship! Sell items, gather resources and build your own trade empire in the clouds! Merchant of the Skies is a trading game with light base-building and tycoon elements. You start off as a captain of a small cloudship and work your way towards establishing your own trade company. Merchant of the skies is an experimental game: it does not have a distinct genre, but tries to capture the feeling of traveling the world and establishing your own company. That means we try to incorporate exploration, base building, trading and some minor rpg elements into the game. Merchant of the Skies offers you a 6-8 hours campaign where you can help different characters and restore the world to its former glory, as well as a sandbox mode where you can forget about the plot and focus on building your own company, establishing caravan routes and developing your mansion.