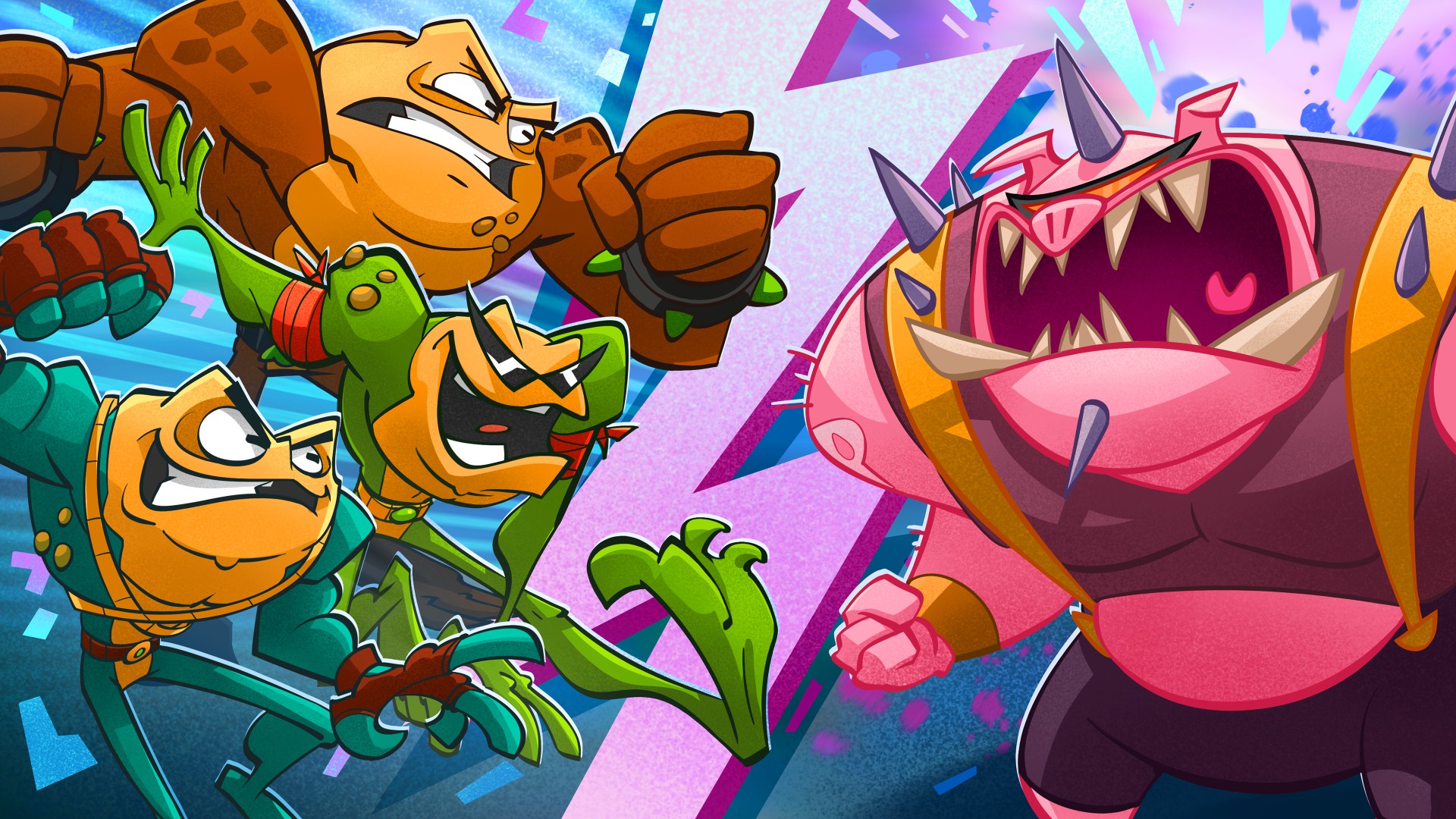 It’s been quite a while — 26 years, in fact — but at long last, the Battletoads are ready to morph, leap and smash their way back into the limelight for an all-new adventure helmed by Dlala Studios and supported by series creator Rare, a partnership first teased during the Xbox E3 2018 Briefing.

The ’Toads have kept in shape by making cameos in titles like Killer Instinct and Shovel Knight while reliving past glories via Rare Replay, but this marks the first time since the 90s that they’re returning as undisputed stars of their own game.

Whether this is your first time encountering the warty warriors or you consider yourself a Battletoads veteran, you won’t have long to wait until the trio burst back onto the scene. We’re announcing today that Battletoads will be available on August 20 for Xbox Game Pass members to download and play on Xbox One and Windows 10, and will also be available to buy on Xbox One, Windows 10 and Steam the same day.

Game Pass pre-installation on console or PC will also be available soon, so you’re ready to play on day one: search for Battletoads on your Xbox or the Xbox App for PC (beta), or download the Xbox Game Pass mobile app for Apple or Android and pre-install to your console or PC. Until you get a chance to play, be sure to check out our latest trailer for a glimpse of all the action that awaits!

If you’re unfamiliar with the genre-busting gameplay of the Battletoads series, here are the essentials: Zitz, Rash and Pimple are three brawling bruisers from outer space who can morph parts of their bodies to dish out extra destruction. The targets of said destruction, are often the Dark Queen and her abominable allies, in action that takes place across a variety of beat ‘em up, platforming, and racing stages.

The tenacity and split-second reflexes required to beat the original Battletoads has given it a fearsome reputation among fans. Dlala’s new approach focuses on maintaining this mayhem while ensuring you have enough options to play at your own pace. That includes bringing in some buddies for couch co-op, which allows up to three players to drop in and out at will, along with difficulty settings designed to suit everyone from Tadpole to Battletoad. Just like before, you’ll be faced with hugely varied challenges as you play, including new vehicle sections and even some puzzle-solving this time around!

Battletoads’ irreverent sense of humor pays homage to the stylish, self-aware cartoons of the late ’90s, with the new game opting for a distinctive hand-animated style to capture the exaggerated morph attacks and comic timing of the ’Toads. A cartoon also needs gags, which is why the game’s wild story – penned by award-winning writers – unfolds in several fully animated sequences featuring professional voice talent.

There is much more to share about the game between now and then, including gameplay deep dives, first glimpses of new collectible merchandise and exclusive giveaways. We’ll also be peeking behind the scenes at Dlala for a look at the creative process that brought this new Battletoads to life. Until then, check out the Battletoads Microsoft Store page or wishlist the game on Steam, dive into our heroes’ original adventures in the Rare Replay collection with Xbox Game Pass, and get ready to take cover – the Battletoads are back!