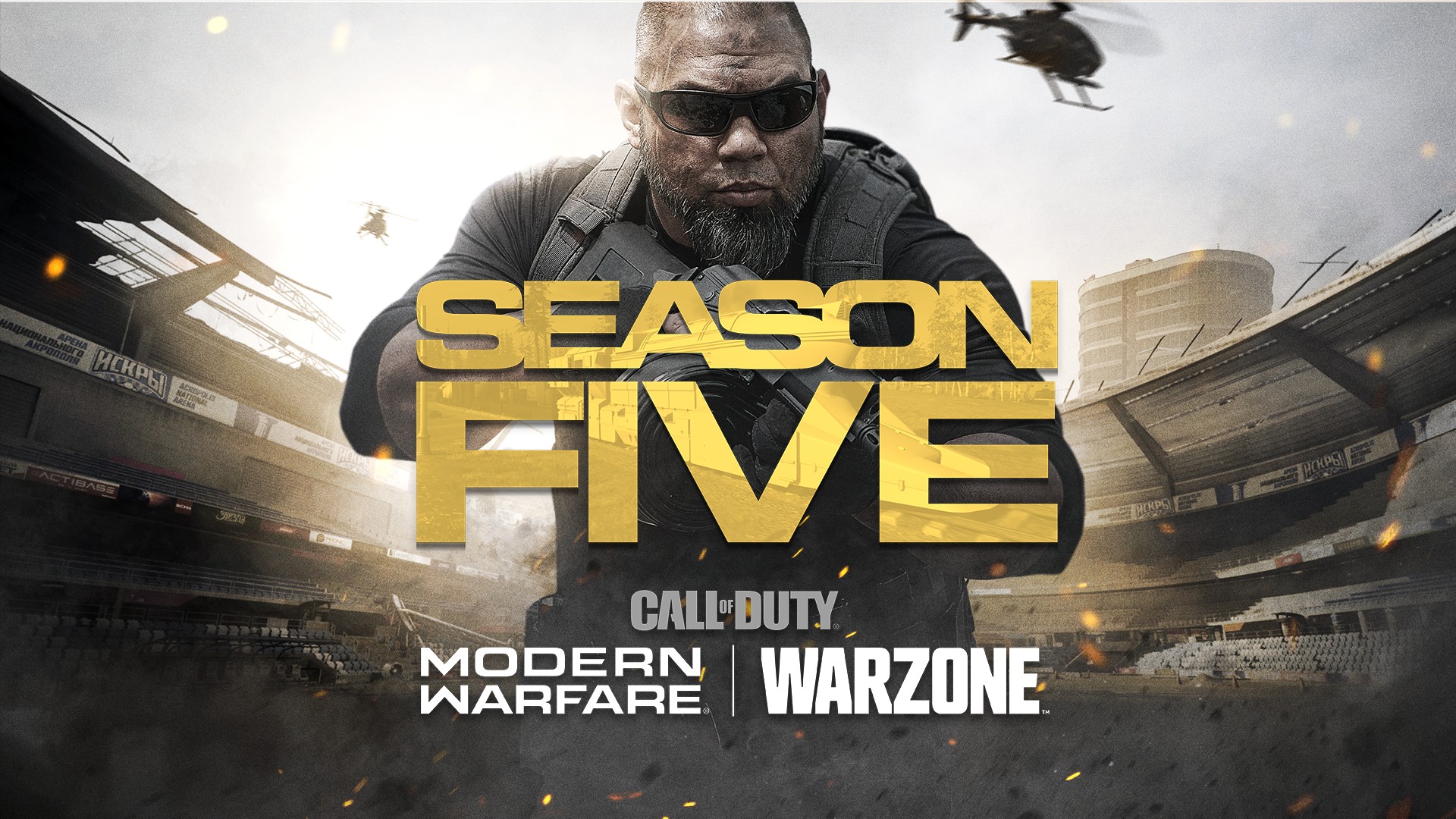 The Shadow Company emerges to break the conflict in Verdansk wide open on explosive terms.

Season Five in Call of Duty: Modern Warfare, including Warzone, will begin August 5 with a new update set to drop on Xbox One, bringing in four new multiplayer maps, an expansion via destruction to Warzone, fresh modes, another 100 tiers of content in the Battle Pass system including two functional weapons free to earn for all players, and more. Consider this the light being shed on the Shadow Company and their role within a content-rich Season Five:

As shown in the reveal trailer, the Stadium and Train Station have been blown wide open. Is seeking close-quarters combat opportunities your goal? Score those chances at Stadium; the gates – and the roof – are open for fights on the pitch, in the stands, and throughout the complex and its parking structure.

Rather catch a fight in southern Verdansk instead? Visit the now-open Train Station concourse, which offers more prospects for interior and multi-level fights.

Whether you explore these new areas, take a ride on the added Exterior Ascenders on some of Verdansk’s tallest buildings, or land back at your favorite spot, expect to pick up a fresh rotation of weapons to potentially provide new tactics for you and your squad.

Who was responsible for the explosive stadium opening in Warzone? A new group within the Allegiance faction  – the Shadow Company. The elite PMC consists of two new Operators and Roze (formerly Jackals), and they are heavily featured throughout this season’s Battle Pass system.

At tier one, Lerch, the Shadow Company leader, can be unlocked with additional skins that are variants of the “Behemoth” earned by completing his Operator Mission. Additionally, players unlock three Wartracks to play specific songs in vehicles, a Rodion skin, and a 10% seasonal XP boost with purchase.

The other tiers are packed with operator skins, blueprints, and more, including numerous free tiers for all players. Within these free tiers are two functional weapons. Tier 15 will grant you the ISO SMG, a precision 9mm weapon with a rapid rate of fire, great for CQB engagements. Then there is the AN-94 at tier 31. This assault rifle is fully-automatic, but also features a two-round hyperburst to maximize its potential for initiating decisive duels and skirmishes. Both weapons are free for all players to earn in the Battle Pass system, just by playing the game.

For Modern Warfare owners, Season Five brings four new multiplayer maps at launch! First on deck is the Petrov Oil Rig, a large 6v6 map that we have the following tips for:

Also included in this four-pack of new maps is Suldal Harbor, another 6v6 map, the Verdansk International Airport now boarding for Ground War experiences, and Livestock, a deliriously frenetic paced gunfight map that has plans for 6v6 combat later this season.

A reminder, players can choose also to uninstall/remove other data packs if no longer needed for a smaller overall file size. For detailed information on uninstalling/removing other data packs, read this article.

Jump into Modern Warfare and Warzone when Season 5 is live on August 4 at 11 p.m. PT and see what else this update has to offer! Download today from the Microsoft store. See you online.