The idea of Mystery Mine is easily recognizable by its title. It’s a mysterious story about a tribe that, as a classic protagonist, was on the verge of saving the world. In this idea we have collected the wishes of our team members: It should be a platformer with a strong protagonist, mystical setting, and a bit of uncertainty that opens up as the game progresses. The player should naturally have questions that arouse interest and desire to know the unraveling of the story.

Although technically it is the most common platformer, but creating the right “mysterious” atmosphere cost our team long hours of hard work in the studio: the lights and glow in a fascinating void, the bright fire of danger and many other elements gave us the opportunity to bring a lot of emotion into the gameplay.

Combining the full list of our ideas and developments on one screen is not an easy task even for an experienced artist. During development we changed the pitch, style, individual elements several times, until we came to the uniformity that you see on your screens. The unique visual style allowed us to present our ideas exactly as it was originally conceived, to leave a bit of mystery and focus the player’s attention on what’s really important, specifically the gameplay.

This combination gives a unique gaming experience. Developing such projects is very difficult to maintain a balance of resources, which is especially important for indie content: art, technical side or the original idea time and again pull the blanket on itself, which very often leads to pauses, deadlines, partial or complete freezing of the project. Fortunately, we were able to avoid the idea burn-out and bring it to you.

We really appreciate the support of the players, so we’re always happy for feedback from the community; our game lives and never stops developing. We understand that with each new opinion we get better.

One of the key stages in the development of the project was its adaptation to Xbox One. For us, it is a new challenge and an interesting task, as well as a lot of contacts with new players. Remember, behind the deceptive simplicity and beaten gameplay of the traditional platformer hides a whole world created by our hands. 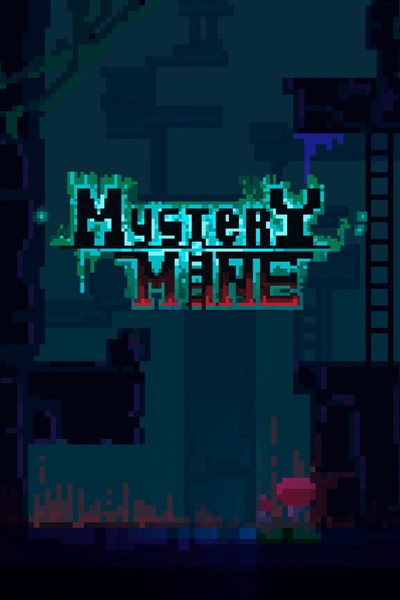 ☆☆☆☆☆ 2
★★★★★
$5.69
Get it now
Xbox One X Enhanced
Start your exciting adventure in Mystery Mine: dangerous monsters and bosses, arcane magic and decisions on which many lives depend! Can an average Joe save the world? About the game Mbonga used to be an ordinary worker in a small village far away from civilisation. Then he met an ancient Spirit who needed his help. The Spirit promised to protect Mbonga's village from great evil, so Mbonga decided to follow him to the Underworld. Gameplay Your goals are: – to find the way to the Underworld – to help the Spirit and save the village. On your way to these goals you'll fight mosters, overcome perilous obstacles, solve puzzles and learn more about this world's history.