Faeria, the collectible card game meets living board game, is out today on Xbox One with full cross-play! Faeria has enjoyed a devoted PC gamer following, and we’re happy to launch on Xbox One where all players can meet each other regardless of platform. Build your deck, shape the battlefield, summon mystical creatures, and defeat your opponents in epic battles!

With its humble beginnings as a board game in the early 2010’s, Faeria later became one of the first online multiplayer card games out there. In an age when Magic Online was the gold standard for the genre, Faeria broke the mold by introducing the concept of a “living board.” This unique blend of turn-based strategy and collectible cards made the game stand out in ways others could not.

Let’s fast forward a few years. Faeria, through support and backing from its players, is now being released on PC in a completely new arena of online card games. Hearthstone, the hugely popular card game from Blizzard, is now the big player on the digital card game scene. A renaissance is taking place in the CCG genre. In this new world, Faeria decided to distance itself from the standard “microtransaction” business model and instead focus on a “buy it once and you’re done” philosophy. This isn’t very common practice for digital card games, as some arguably predatory practices have gradually become more acceptable.

Finally being released on Xbox One, it is a strategy game that has stood the test of time. Unique in both its gameplay and business model, it certainly stands out.

Faeria is a strategy game, mixed with a card game, mixed with a board game. It takes place in an original fantasy universe on what is called a “living board,” which means each player builds the landscape as they go. Each game starts on a completely empty ocean. It’s up to the players to build the terrain around them, where once there was nothing.

The lands you build – be they mountains, forests, deserts, or lakes – dictate the type of cards you are able to play, and therefore the types of decks you are able to craft. You decide how many lands and of what type you want to build.

Do you want to summon big giant tree creatures? You’re going to need a lot of forests. Want to jump around with some frogs? Make some lakes. Devils shooting fireballs? Mountains.

You can even combine any combination of colors. You can make mountains and lakes to summon a fire-breathing frog, for example.

While Faeria completely supports multiplayer with a ranked mode and even hosts official tournaments, there are over a hundred hours of single player content that meticulously teach you every aspect of the game. Do you like puzzles? You’re covered. You can complete your entire collection in under 50 hours of play, and then go on to collect pieces of lore and other cosmetics from daily missions. You really never even have to touch multiplayer to enjoy this game fully.

Basically, if you like board games, and you like card games – Faeria is the game for you. 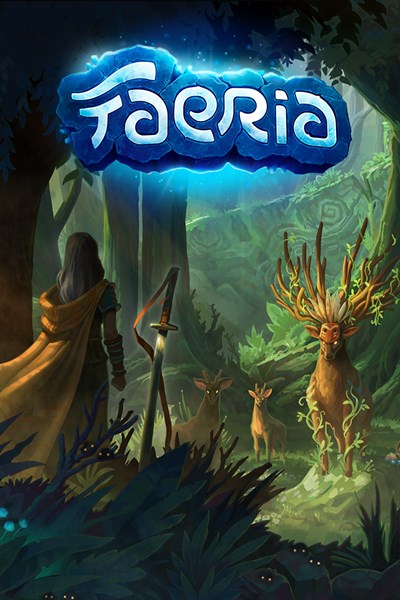 ☆☆☆☆☆ 38
★★★★★
$19.99
Get it now
With its unique living board, Faeria will challenge you with truly strategic card battles. Craft your deck, shape the battlefield, and fight for victory! A strategy game like no other. Build exciting decks and shape the battlefield as you fight epic battles. Raise mountains, build forests, fill lakes, or harness the sands of the deserts. You choose your own path to victory. Enjoy 100+ hours of solo content, co-operative missions, and puzzles! Explore a vast array of challenges that reward you in return. Journey through the Oversky and defeat devious World Bosses – or even play enemy AI in draft mode! Enter Pandora, Faeria's unique draft mode that where your deck-building skills are put to the ultimate test. Choose to play against the AI or put your deck to the ultimate test in PVP. Earn rewards based on how well you do. It’s the perfect way to increase your collection, or just have fun!