Warsaw is a challenging, turn-based tactical RPG set in the ruins of a besieged city during the closing months of WWII. It’s taking the fight to Xbox One on October 2, so read up on these 5 tactical tips to make sure you’re ready to survive the Uprising!

Decide Which District to Help

A city fighting for its survival is sure to get chaotic. All the districts need your attention and help, but there’s simply not enough time and resources to help them all. The troops are spread too thin as it is, and the enemy forces are overwhelming.

Each time you send your squad out on a mission, you’ll have to carefully choose which district to help. Bear in mind that helping one will no doubt have dire consequences for the others and leave them weaker. An uprising is costly – you’ll need things like supplies or ammo, but most importantly you’ll need to keep up the morale of the citizens of Warsaw. They need to believe in the success of the fight and you need to show them that we’ll lay down our lives for them.

When deciding which district to help, keep an eye out for low levels of morale or an increasing level of attrition. In the long run, it might be better to give up higher supply rewards for a mission in exchange for stabilizing a district.

To have a chance of surviving, everyone needs to fight with everything they have, no matter who they are. When duty calls – no matter if trained or not – everyone fights. Nurse, cab driver? Not anymore. Now, they are freedom fighters. This might seem like a hindrance, but it can be used to your advantage.

Having a diverse team means you can experiment with your strategies and tactics to figure out your best squad. Try mixing offensive soldiers with some tactical support to have a balanced team. Get to know their skills and they will prove invaluable on the battlefield!

Keep an eye out on your squad’s health – soldiers will need time to rest and heal after a mission. Bringing wounded soldiers on a patrol can become your undoing!

Patrolling the streets of Warsaw you’ll come across many civilians in need of your assistance. Some will come to you asking for advice, and some will beg you to save their lives. All will look up to you for guidance.

Many of these situations will require you to make difficult choices, which can have unpredictable repercussions. Think about what is best for each involved party. What matters more? Securing the safety of a small group of civilians while potentially risking the lives of your best fighters, or sticking to the shadows to fight another day? Each decision can bring you rewards or consequences down the line.

Utilize What You Find

You will need to make sure your troops are properly equipped to fight the occupants. The city is cut-off from any external support, except the occasional supply crate dropped from one of the allied planes. That is, of course, if they somehow make it past the AA batteries. You’ll have to rely on looting the corpses of the enemies and the occasional gift from the citizens.

Be careful what you bring to the mission and what you carry back. Your equipment space is limited. You’ll have to weigh essential things like ammo and bandages with utilities – flares, cloaks and compasses. After every fight, you’ll have to carefully choose whether to stock up on ammo, or loot guns you could repair or barter for back in the HQ.

The streets of Warsaw are going to be swarming with Nazi patrols. You’ll have to navigate them precisely to reach your goal and come back to HQ safely in one piece. Some firefights are unavoidable and you’ll have to get your hands dirty. If you find yourself out on a long run and your team’s running low on ammo and health, consider avoiding a few shootouts and focus on getting back to the hideout.

To maximize your chances of safely navigating the streets of the occupied city, use the items at your disposal – flares will show you previously unseen enemies, cloaks will allow you to remain hidden and sneak around them, and compasses will allow you to travel quicker and further.

These tips will help you stay ahead of the enemy and give you a tactical advantage, if used properly. That is not to say that the task ahead will be easy. It will still take every ounce of your courage and skills to survive.

Get ready! Warsaw is taking the fight to Xbox One on October 2! 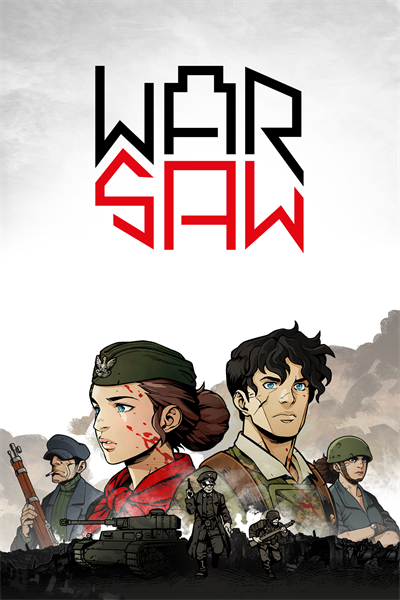 ☆☆☆☆☆ 18
★★★★★
$19.99
Get it now
In a city besieged by enemy forces, the only hope for freedom is to stand up and fight with everything you have. Muster every able body to join the Uprising, loot and salvage what you can to arm your resistance and take on the overwhelming enemy forces that dared invade your home. PEOPLE OF THE UPRISING In these trying times, everyone must fight with all their strength and courage. The young, the old, men, women and children, enlisted and civilians. Learn their immersive backstories, make use of their diverse and unique skill sets and put them to good use against the occupants. GIVE THEM ALL YOU’VE GOT In a fight so uneven and one sided, to survive you will have to use your skill wisely. Use versatile tactics to get ahead by flanking, ambushing and distracting enemy patrols to place them exactly where you want them. Learn and use the abilities of your team carefully to ensure your survival. THE BATTLEFIELD Take your team to the dangerous streets of 1944 Warsaw, carefully and faithfully reconstructed to deliver an immersive experience. Participate in historical events intertwining with random encounters to create your own story in the besieged city.