Transformers-themed Commanders are here to lead your warships into battle! Optimus Prime, Megatron, Bumblebee, and Rumble become Warships in Disguise, powering up your fleet with their unique inspirations, abilities, and voiceovers. Each one also has a special skin available for a particular ship. Optimus Prime leads the way from the Iowa, Megatron rules the seas aboard Bismarck, Bumblebee races to the front in Fletcher, and Rumble shakes things up in the Tashkent.

There are four new base traits—one for each of the robots, and two new skills—with each character receiving one. The skins also provide cool animations for the ships, both in the Port and in battle. The Commanders and skins are available from the Store directly, but you also have a chance to find them in Cybertronian containers. Flags and patches will also be available through purchasable missions. Transformers content is available from September 18 until October 5.

Our heroes, their special skills, and ships are as follows:

Try the new Transformers content and turn the tide! 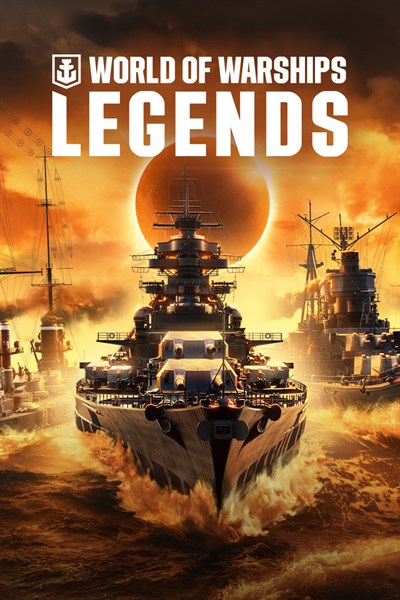 ☆☆☆☆☆ 430
★★★★★
Get it now
Experience epic naval action in World of Warships: Legends, a global multiplayer free-to-play online game in which you can master the seas on the decks of history's greatest warships! Recruit Legendary Commanders, upgrade your vessels, and stake your claim to naval domination alongside and against players from around the world. FREQUENT UPDATES New content in the form of ships, Campaigns, Bureau Projects, events, and more arrive regularly! Each update brings new features to shake things up in-game. FEATURE RICH Develop Legendary warships such as Yamato from the ground up in the Bureau, compete in Ranked Battles seasons for exclusive patches and extra rewards, and finish epic Campaigns to gain powerful new ships! CHOOSE YOUR COMBAT STYLE Take control of over 120 destroyers, cruisers, and battleships—a range that's perfect for every playstyle, whether it be an all-guns-blazing approach, more careful and methodical attacks, or tactics that are unique to you. TURN THE TIDE IN EPIC 9V9 BATTLES Join forces with friends to challenge players around the world, and work together across consoles to devise strategies and plan attacks via voice chat. Cooperate to outgun your opponents and Turn the Tide of battle! World of Warships: Legends features loot boxes known as "containers" and "crates." These provide various items to boost your in-game progress.