Greetings Commanders! Today is a very special day. For the first time owners of Elite Dangerous can dive into the Horizons content season for free! This brings together hundreds of thousands of Commanders who are set to explore the galaxy, so we wanted to take the opportunity to share with you three of our favorite things you can now do as you explore our Milky Way.

Touch Down and Swap Your Wings for Wheels

The ability to approach moons and strange worlds for that ‘close up’ brings a whole new level of wonder to Elite Dangerous, but now imagine that you can land on those planets and roam the landscape in your Surface Recon Vehicle (SRV). Players have discovered numerous locations scattered around the galaxy, from Guardian sites to Thargoid structures, you’ll be able to explore these locations and discover new worlds of your own – the possibilities are (almost) limitless!

Gear Up and Be Ready for Anything

Our Galaxy can be a dangerous place in the 34th century and even if you’re a hot shot pilot you could probably use all the help you can get! Horizons allows players to procure the services of Engineers. Collect materials as you travel the galaxy and visit engineers to craft exotic weapons and modules to enhance your ship and capabilities. If you’re lucky enough to discover an ancient Guardian structure you might even want to visit a tech broker – I hear those Guardians had a secret or two that might give you the edge in exploration or combat.

All that new hardware is going to need more hands on deck! In Horizons you can team up with your friends in Multicrew compatible ships or, if you’re flying solo, you can hire expert pilots at the nearest starport. These crew members can take charge of your ships on board turrets or pilot ship-launched fighters (controlled remotely from the bridge) giving you the edge in combat. Needless to say you’ll also want to look the part when playing with your friends so you’ll be able to use the Commander Creator to customise your player avatar.

This is just a flavor of what’s in store for Commanders experiencing Horizons for the very first time. For those Commanders who have purchased Horizons in the past we’d like to thank you for your support – as a gesture of thanks you’ll be receiving an exclusive Azure paint job, compatible with all ships in game, which will be automatically added to your account.

We can’t wait to see what you all discover. 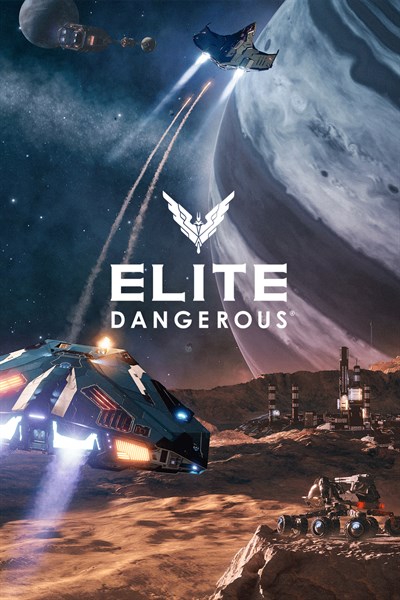