Having now been working on Twin Mirror for over a year as cinematic director at Dontnod Entertainment, the game has raised various different challenges, both daunting and exciting. One of the most enticing ones to work on however was the game’s musical aspect. Twin Mirror being a narrative video game, my goal as cinematic director was to breathe as much of a cinematic quality as possible into the game and one of the most crucial elements in that respect was the use of music and who to work with as a composer.

Discussing the whole thing with my collaborators Audio Director Antoine Rozan and Game Director Florian Desforges, we rapidly came to the conclusion that the game’s music had to be composed by someone who was used to scoring films and we quickly came up with the following name: David Wingo.

David is an insanely talented composer who has not only scored over a dozen feature films (amongst which Jeff Nichols’ wonderful “Mud,” “Take Shelter,” “Midnight Special,” and “Loving”) and TV shows (“Kidding” starring Jim Carrey but also “Barry”) but who’s musical DNA and influences are deeply rooted in a certain idea of North American culture stressed by strong southern accents and executed in a very modern style (his band, Ola Podrida is also a must if you’ve never listened to their songs).

This made David the perfect candidate for Twin Mirror and I couldn’t be happier of our collaboration and the outcome of his work, both soulful and mysterious. As you will soon discover, the score is divided into several themes and ideas including the game’s main character Sam, his imaginary double and mind palace but also the town of Basswood where the story is set as well as other important characters such as Anna and Joan.

These themes mingle with more moody and cinematic tracks during the more tense and suspenseful scenes, corresponding to its psychological thriller aspect and often return during the gameplaying moments, allowing the player to delve deeper and explore the world of Twin Mirror. Ultimately, I am firmly convinced that all the goals we set to achieve for the music have been met from an emotional and dramatic standpoint and I can’t wait for you all to hear what David and our audio team have created for this game.

Twin Mirror will be released on December 1 on Xbox One and we’re also excited to confirm Twin Mirror supports Smart Delivery. That means players who purchase on Xbox One will get a free upgrade on their Xbox Series X or Xbox Series S at no additional charge. 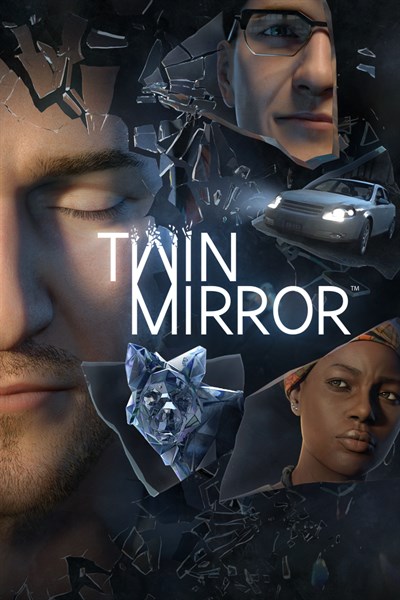 ☆☆☆☆☆ 84
★★★★★
$29.99
Get it now
Xbox One X Enhanced
Sam Higgs was done with Basswood, West Virginia, but it seems it wasn’t done with him. When the former investigative journalist returns to his hometown to say a final farewell to his best friend, it soon becomes clear that there are more chapters to be written in his troubled history. Forced to confront his past, Sam finds himself torn between reconnecting with his loved ones and using his unique intellectual abilities to uncover the town’s dark secrets. But how do you know who to trust when you’re not even sure you can trust yourself? The award-winning storytellers at DONTNOD invite you on another thrilling adventure. GRIPPING PSYCHOLOGICAL THRILLER Lose yourself in a rich, intricate storyline anchored in the gritty reality of small-town America. As his investigation progresses, Sam will uncover a web of intrigue that winds through Basswood's evocative locations and draws in its colorful residents. ENTER AN EXTRAORDINARY MIND The same deductive reasoning and memory visualization skills that made Sam such an accomplished investigative journalist can help him untangle this mystery. Reconstruct key events, revisit his past and more to unlock the truth buried deep within his unique mind. CHOOSE YOUR OWN PATH Every decision, every interaction, every discovery will influence the direction of Sam’s investigation and ultimately determine how much of himself he’s willing to sacrifice. There are no right or wrong answers – just follow your instincts and values to complete your story. IMPORTANT HEALTH WARNING ABOUT PLAYING VIDEO GAMES Photosensitive seizures A very small percentage of people may experience a seizure when exposed to certain visual images, including flashing lights or patterns that may appear in video games. Even people who have no history of seizures or epilepsy may have an undiagnosed condition that can cause these “photosensitive epileptic seizures” while watching video games. These seizures may have a variety of symptoms, including lightheadedness, altered vision, eyes or face twitching, jerking, or shaking of arms or legs, disorientation, confusion, or momentary loss of awareness. Seizures may also cause loss of consciousness or convulsions that can lead to injury from falling down or striking nearby objects. Immediately stop playing and consult a doctor if you experience any of these symptoms. Parents should watch for or ask their children about the above symptoms – children and teenagers are more likely than adults to experience these seizures. The risk of photosensitive epileptic seizures may be reduced by taking the following precautions: sit farther from the screen, use a smaller screen, play in a well-lit room, do not play when you are drowsy or fatigued. If you or any of your relatives have a history of seizures or epilepsy, consult a doctor before playing.