Some time has passed since we last met. In the meantime we were able to release Vigor Perks with Xbox Game Pass Ultimate — feel free to claim the bundle until the end of this year. Additional time was well spent on our side, as we prepared a big update with the sixth season.

The main theme of the sixth Battle Pass season is Junkers. Desperate Outlanders able to live out of the bits and pieces of their former civilization. They’re able to craft their own weapons, be it a Sawed-off Shotgun, home-made ZA M76 sniper rifle or even an RPK. Their outfits are rugged with the dull shine of various studs and metal pieces. When you check behind their masks, you’ll see ash-born facepaints. And their tools are made to survive in the Outlands, be it rugged armor plate, or even a jack-in-the-box decoy.

Maps Under the Veil of Night

While Junkers are great at repurposing old stuff, we do the same with previously released maps. Update 5.0 saw Sawmill in Encounters and we’re doing the same now for Anikken, Islands map from Elimination. The possibilities are expanded behind the small arenas and the full map is much larger than expected.

Added to that, we decided to add a long requested feature – nights. Nights in Vigor are brighter than expected, illuminated by the full moon, and the experience is a little bit different with each map. Similar with the weather, you don’t know what the conditions are until the Encounter starts. Added to that, you can now utilize the new Map Dynamics – there are more interactive objects added to levels, such as for example car alarms if you shoot the cars, or aggressive bees if you stay around the beehives for a long time. Feel free to discover all the interactions yourself.

Your Shelter Gets the Groove

The same also goes with the Shelter, there are two big interactive items that have been added, both based on community feedback. The first is functionality of the arcade machine, where you can play Tic-Tac-Toe against a computer opponent now. An even bigger addition is the music player allowing you to select songs played in the Shelter. It’s tied to the new Mementos – vinyls with recordings made by Bohemia Interactive employees and their bands.

As you check for Mementos in the Shelter UI, you may also find the progress on your achievements directly in the game. We even worked on streamlining the experience in the Shelter by adding a favorite loadout option – this reduces cooldown after death or if your backpack is full. You simply replenish your favorite loadout and are ready to return to the Outlands. On the other hand, if you die, you may switch the spectated Outlander now (unless it’s the last one on your team). Speaking of teams, we heard your feedback on two crates in each airdrop and decided to add an extra one if there is a trio in the Encounter.

There’s a ton of other changes and fixes as well. We’re looking forward to your feedback, we keep on improving the game thanks to that. And there is one big event before the next update, the release of Xbox Series X|S. Vigor is going to be fully backwards compatible, utilizing the marvels of engineering Microsoft provided, including dynamic resolution and automatic HDR. Feel free to give it a try as well. 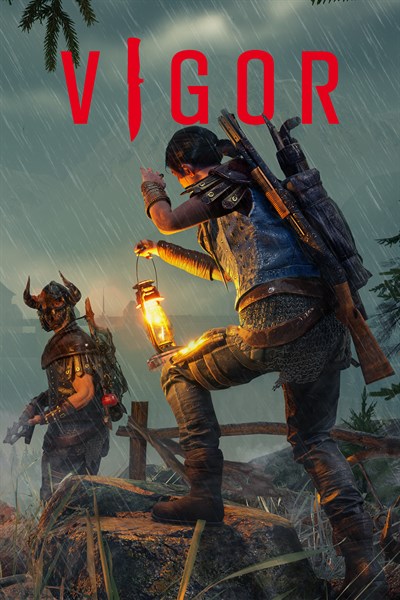 ☆☆☆☆☆ 2017
★★★★★
Get it now
Xbox One X Enhanced
Outlive the apocalypse, Vigor is a free-to-play looter shooter in post-war Norway. * Shoot and loot in tense encounters * Build your Shelter and vital equipment * Challenge others in various game modes * Play on your own or fight together