As members of the team behind World of Tanks Console, we don’t believe there is such a thing as “too big.” Heck, World of Tanks features 40-ton steel beasts decimating each other in explosive battlefield matches.

So, when we say that our December update is big, we mean it. And it all starts with the biggest action heroes in the world attached to our latest season of content: World of Tanks: Action Heroes!

Like our previous seasons, World of Tanks: Action Heroes gives you the chance to rise through a total of 100 Levels by earning XP in multiplayer battles. Reaching new Levels will grant you all sorts of in-game rewards, including silver, consumables, and special emblems to use when customizing your tanks. Want even more content? You can grab a Season Pass or Ultimate Pass from the Store to unlock sweet rewards every Level!

But we know what tankers truly want: New tanks. This season, you’ll get the opportunity to own tanks under the command of some of the biggest names from classic action movies.

Each action hero will be in command of his own uniquely designed limited-edition tank, available only during the World of Tanks Action Heroes season.

John Rambo will be in charge of the distinctly American Concept 1B tank.

Don’t forget: these three mega-action tanks are available only through the World of Tanks Action Heroes season. Once the season ends in February, these heroes are leaving the battlefield behind!

In case the Action Heroes season wasn’t big enough, we’re also launching the most massive overhaul to the look and feel of World of Tanks that we’ve undertaken yet. On December 8, you’ll see a brand-new user interface that’s cleaner, meaner, and easier to navigate to make sure you get the most out of your time on the battlefield.

We’re also updating some of the core systems in the game for modifying and enhancing your tanks’ performance. The Commander System will replace the existing Crews setup but will function in a similar way, allowing your tank’s commander to learn skills that will give you added abilities in battle.

Two other handy systems, equipment, and consumables, will be updated with new and improved items to load onto your tanks, allowing you to customize the way you destroy your enemies!

That’s just the tip of the iceberg of what’s waiting for you in World of Tanks. It’s going to be a legendary December, so log in, be part of the new season, enjoy all the new features we’ve created, and roll out! 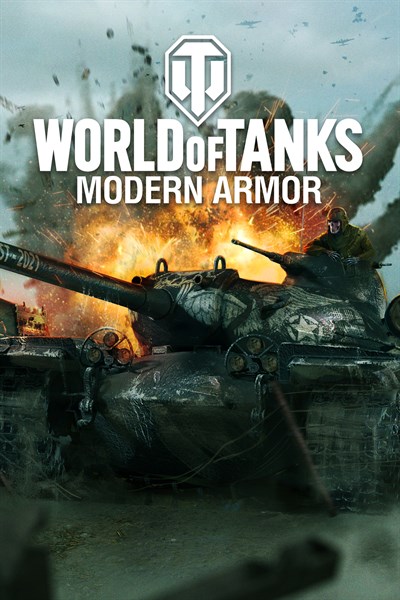 ☆☆☆☆☆ 936
★★★★★
Get it now
Xbox One X Enhanced
World of Tanks is a global online multiplayer free-to-play game dedicated to tank warfare in the mid-20th century. Custom built for Xbox, World of Tanks features realistic vehicles and environments, enabling players to command history’s most powerful tanks and experience combat on Xbox like never before. Features: • Strategic, fast-paced 15 vs 15 online action. • Over 700 authentic tanks to choose from among 12 nations. • Battle across a variety of environments with varying terrain and weather effects • Built-in support for Xbox One X pushing the boundaries of graphic fidelity. • Regular updates offer new content and frequent special events.