Welcome to Season One of Rogue Company!

When we launched Rogue Company last year, our goal was to create a fast-paced, team-based tactical shooter that could be enjoyed by Xbox players at all skill-levels — and, of course, free to play! Thanks to all of our devoted players on Xbox One and Xbox Series X|S, we accomplished that goal and more, resulting in millions of hours played by our community! Now, we’re pleased to announce the next stage of Rogue Company: Season One! This season kicks off with our very first Battle Pass, as well as our latest Rogue, Kestrel. This is our biggest, most ambitious update yet.

Our Season One Battle Pass features droves of all-new cosmetic content, including sprays, avatars, weapon wraps, and four exciting new Rogue outfits. If you favor snipers, you’ll want to train your sights on the new One Shot One Kill Fixer, a stylish new outfit that unlocks instantly upon purchase of the Battle Pass. After that, unlock Stunt Double Dallas, Tough Guy Trench, and the ultimate Battle Pass reward: Hellfire Protocol Scorch. This bold reimagining of Scorch as a deadly cyborg who’s programmed for pyrotechnics is one of the most ambitious outfits yet from our team – and it’s currently only available in the Season One Battle Pass!

Season One also sees the introduction of our newest Rogue, Kestrel. A deadly, damage-dealing, duelist on the battlefield, Kestrel was a founding member of Rogue Company who retired in favor of making a fortune in the fashion industry. But now she’s back, and ready to wreak havoc with the aid of her deadly Halo Drone ability. A squadron of miniature attack drones, these explosive-packed aerial vehicles heed her command and attack any enemy who gets in her way. Part fashion icon, part hardened warrior, Kestrel doesn’t just embody the Rogue Company philosophy of “Save the Day, Look Good, Get Paid” – she invented it!

We here at First Watch Games are excited to present Season One to all of our players, whether you’re a seasoned Rogue returning to the fight or a new recruit who is joining us for the first time. We hope you enjoy everything this season has in store for you, and we’ll see you on the battlefield! Download and play our Season One update for free today! 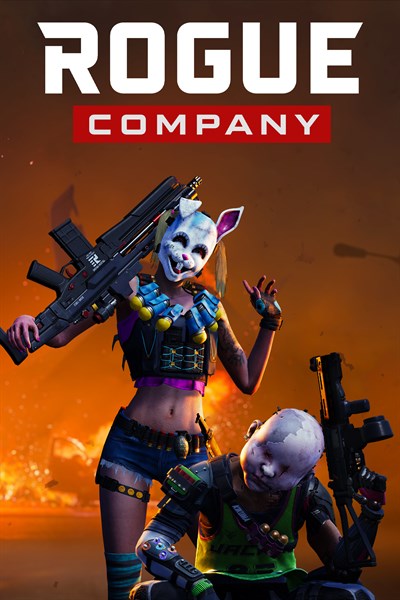 ☆☆☆☆☆ 633
★★★★★
Get it now
Xbox One X Enhanced
Gear up and drop in to Rogue Company, the third-person tactical action shooter that puts the fate of the world in your hands. Defeat the enemy team in objective and action based game modes featuring exotic locales, thrilling gun-play, and explosions…lots of explosions. Assemble your team and play FREE now! Skydive into high-stakes missions in hot spots around the globe. Take part in action-packed 4v4 and 6v6 game modes; control the point in King of the Hill, fight to survive in Strikeout, or plant and defuse bombs in Demolition. Looking to be more competitive? Join the Ranked queue to show off your skills. Or relax in a rotating Limited-Time Mode. Drop in as one of the many agents of Rogue Company, each with their own unique set of skills, weapons, and gadgets! Fire explosive napalm with Switchblade’s Chaos Launcher, use Saint’s revive drone to save your teammates, or take the enemy team offline with a hack from Gl1tch. Which Rogue and play style will you choose? Throughout each match, you’ll earn cash to spend in the in-game store. Choose how you approach each round — will you buy a katana to get up-and-personal with your foes, or the Tyr sniper rifle to take them down from afar? You can also unlock high-tech gadgets, ranging from Dima’s favorite explosives to a disorienting tear gas. Rogue Company is 100% Free to Play. All Rogues can be unlocked free and come with additional free rewards that you can collect just by playing the game. Even better: Rogue Company supports full cross-play and cross-progression, meaning you can play with your friends regardless of platform, and bring your unlocks wherever you game. Are you ready to save the day, look good, and get paid? Download Rogue Company and play for FREE today!